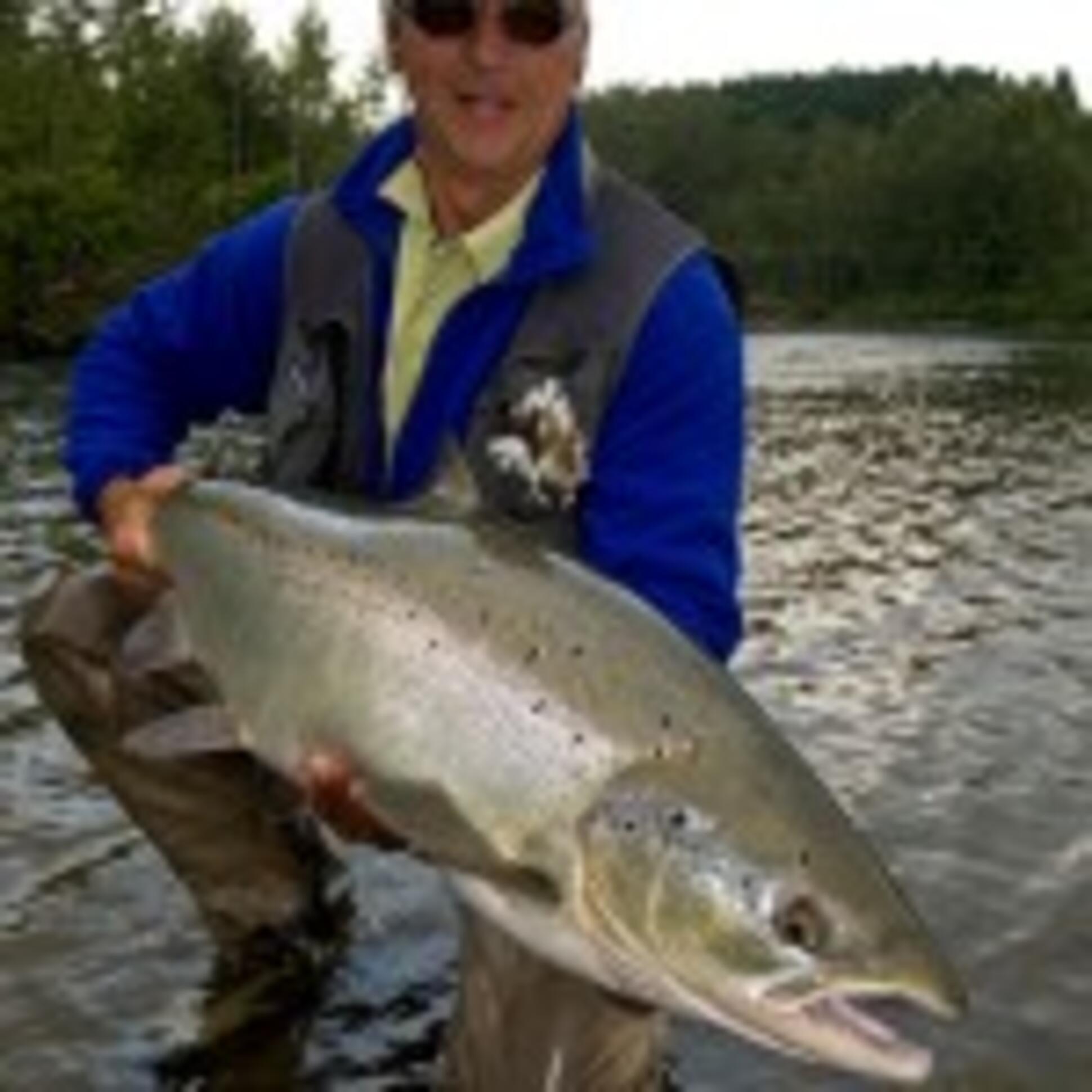 Skagit lines are the featured attraction on many steelhead rivers in the Pacific Northwest. If you’re fishing for winter steelhead with a two-handed rod, they are hard to beat. Most anglers use sustained-anchor or waterborne casts—the snap-t, the c-spey, the double spey—with skagit lines. As their load requirements differ, touch-and-go casts like the single spey and the snake roll are less popular with skagit lines. Most sinking lines for two-handed casting in North America are designed for skagit casting, but there are options for touch-and-go casters who need to get their flies down.

Head length is the first dimension to consider when selecting a line for touch-and-go spey casting. I choose a length of head that allows me to strip some line at the end of the swing before making the next cast. As far as I’m concerned, if the fly is wet it’s still fishing. I pick up quite a few salmon every year while actively fishing “the strip.”

I prefer a length of head that allows me to strip anywhere from four to eight lengths of line between casts in order to dial in my overhang (three feet of shooting line beyond the tip of the rod) before the next cast. If I have to make 10 to 12 strips between casts on a regular basis in order to find my overhang, I usually opt for a longer head to cut down on stripping.

A 38-foot sinking shooting head is ideal for small- to medium-sized rivers in high or cold water. If I’m using a 13-foot rod in combination with a 38-foot head, three feet of overhang and four feet of leader, that’s a 58-foot cast before I shoot any line. Assuming I strip eight lengths of line measuring three feet each, I can comfortably cover up to 82 feet of water in front of me if I lay everything down straight. That length of line will catch you a lot of fish.

When you make the transition to touch-and-go casts with a sinking line, it’s important to remember that a sinking shooting head is sometimes slightly longer than a similarly weighted floating head. As short leaders of three to five feet are common with sinking shooting heads, you’ll use more fly line and less leader when making a single spey or a snake roll. If your overall leader and head length is too short, you’ll pull your anchor every time.

A sinking shooting head with a head length of 38 feet is just about perfect with a two-handed rod of 13 to 13-and-a-half feet. At 510 grains, the new RIO Scandi VersiTip measures exactly 38 feet with a selection of interchangeable 15-foot sinking tips in various densities. If you really need to get down, simply swap the Floating Body of the Scandi VersiTip for either the Intermediate Body or the Sinking 4 Body. Add a 15-foot sinking tip with a sink rate faster than the body of the line, a short length of leader, and you’re ready to cast to the horizon and fish down to the stones.
Once you start using sinking shooting heads with either a single spey or a snake roll, you’ll find you can cast a much larger fly than you can handle with most floating versions. It is easy to fish heavily weighted tube flies for Atlantic salmon (where legal) with fairly light rods—a 13-and-a-half foot rod for an 8-weight is my favorite all-around rod. I prefer the Sage ONE 8136-4 for Atlantic salmon or B.C. steelhead when making touch-and-go casts with sinking lines and heavy flies. I rarely select a 14-foot rod due to the size or weight of the fly.

If your technique is sound and your timing reasonably good, it’s easy to manage large, weighted flies with a single spey. The single spey is a tremendously efficient cast. Unlike the snap-t or the double spey, there is no loss of energy in the middle of the cast. If your rear loop is more or less opposite the intended direction of your forward cast, you can cast large critters on fairly light rods with the single spey.

If I’m fishing bigger rivers with sinking tips, I prefer a longer shooting head to cut down onstripping. My “go-to” set-up is the RIO UniSpey VersiTip Shooting Head. I remove the 20-foot floating tip at the business end of the shooting head and add a 15-foot sinking tip. My total head length (including the sinking tip) is right around 50 feet for a 13-and-a-half-foot rod. Longer heads fly farther than shorter heads, and I end up stripping less and fishing more. 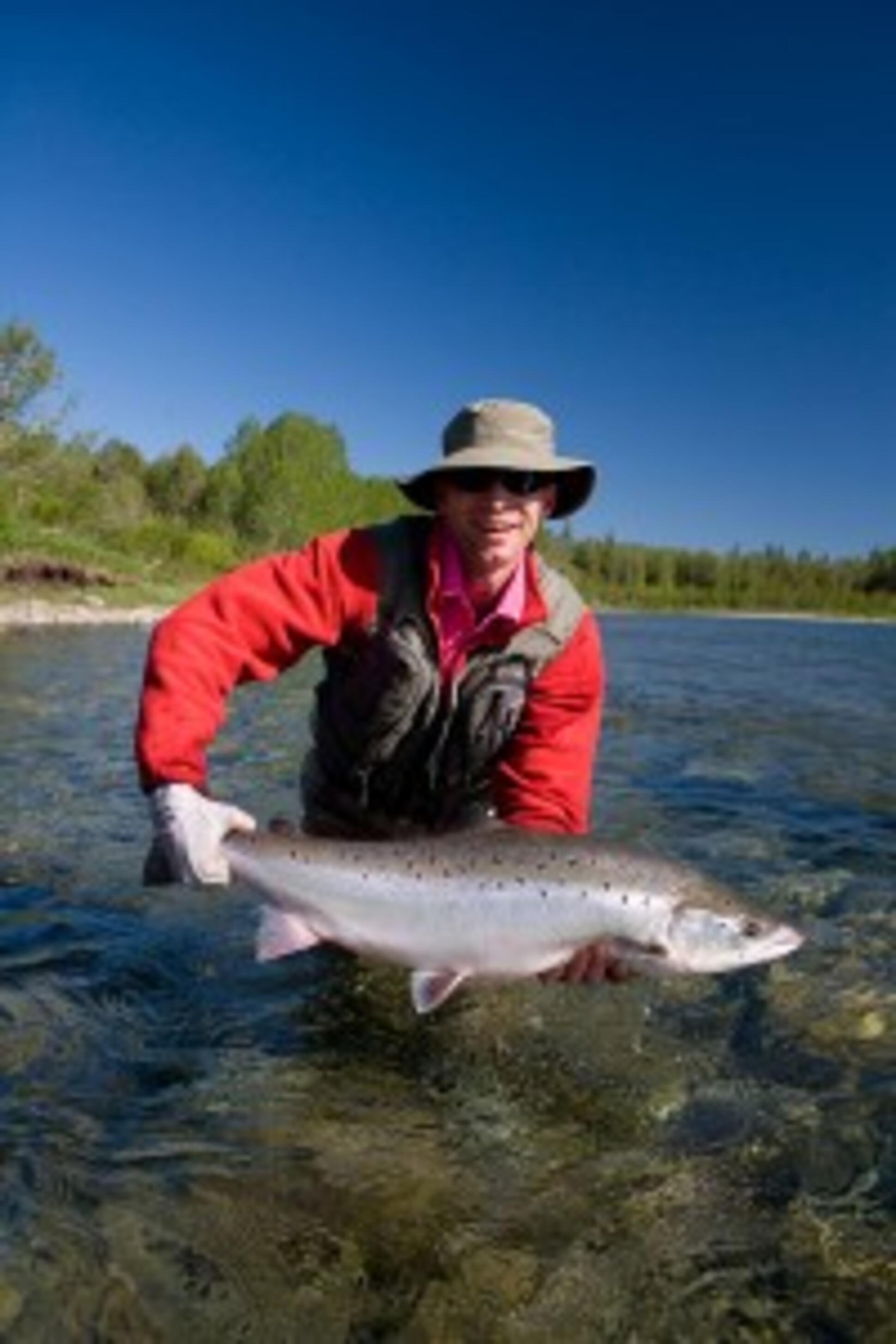 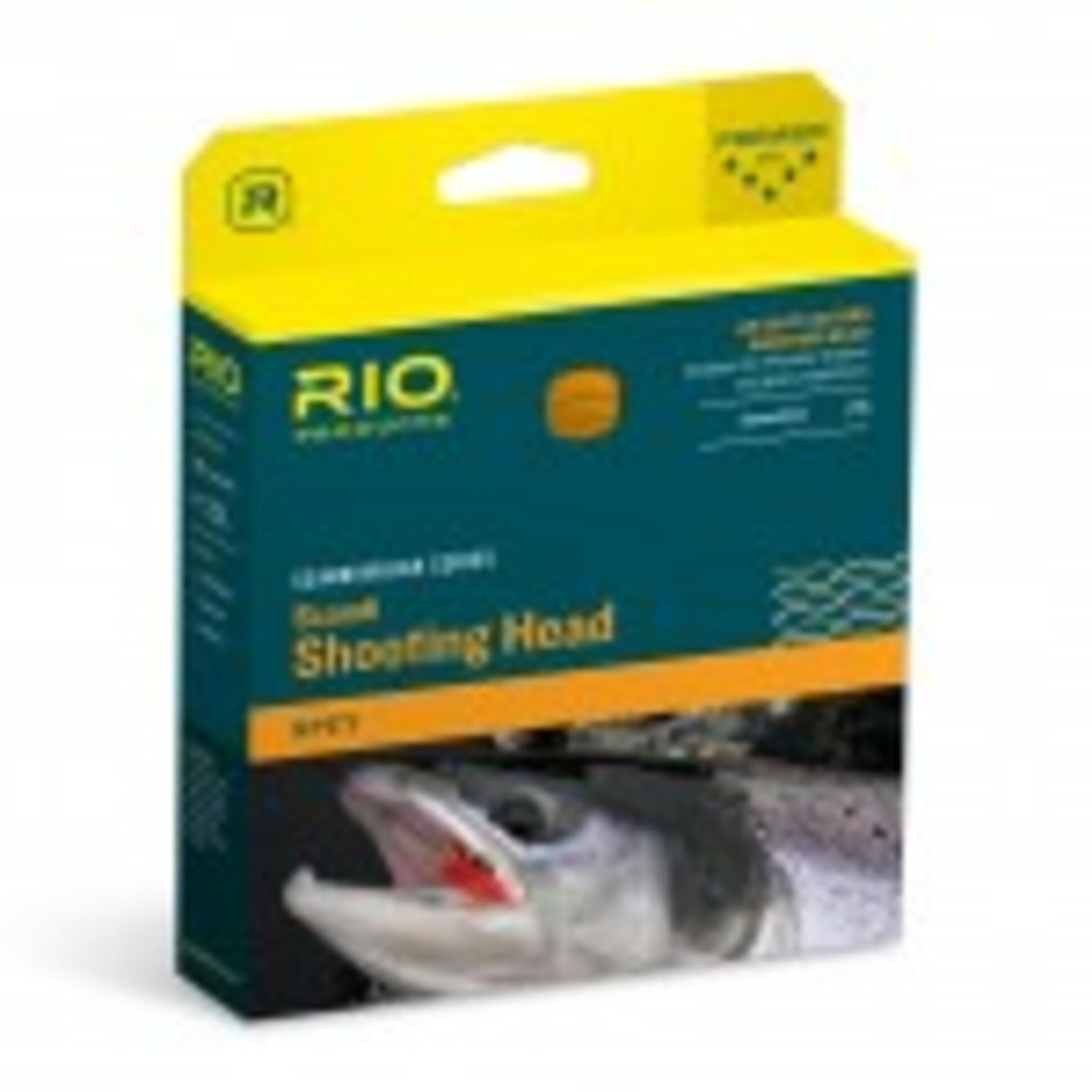