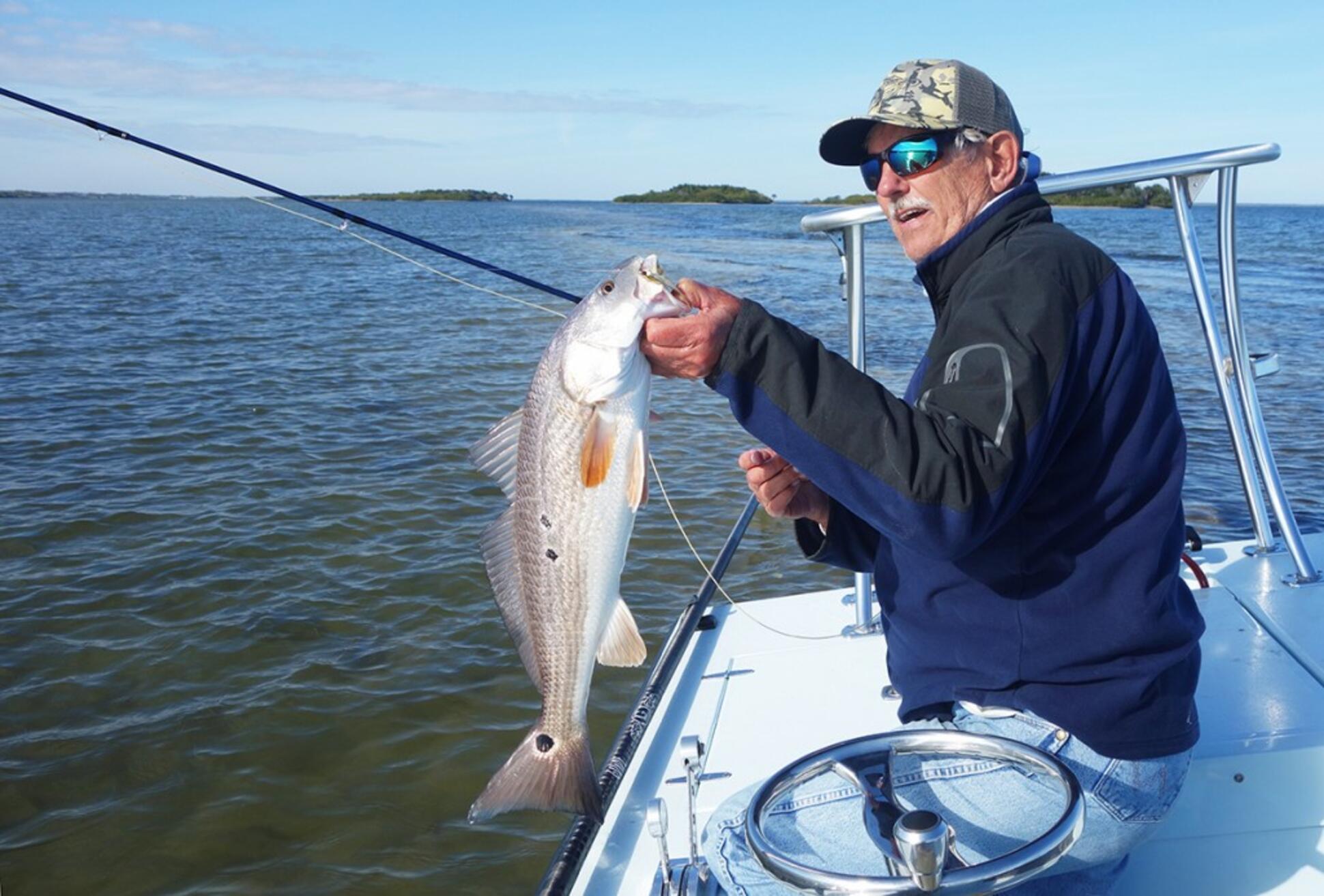 Winter is my favorite time of year to chase redfish and spotted seatrout with a fly rod near my home in East Central Florida. Water clarity peaks as colder temperatures kill much of the algae that can thrive during warmer months. As a result, sight-fishing is normally better than at any other time of the year.

Reds and trout follow a fairly predictable pattern in the winter; therefore, a general knowledge of the effects that seasonal weather has on the estuarine environment is critical to locating fish. Here are some tips for finding fish and a few suggestions for dealing with the elements during Florida winters.

The ambient air temperature has more of an immediate effect on the flats than it does in deeper water. Consequently, large numbers of reds and seatrout leave chilly shallows and seek the warmth of deep water during extended cold snaps. Based on that same tenet, those fish will leave the depths and move back onto the flats as temperatures rise. 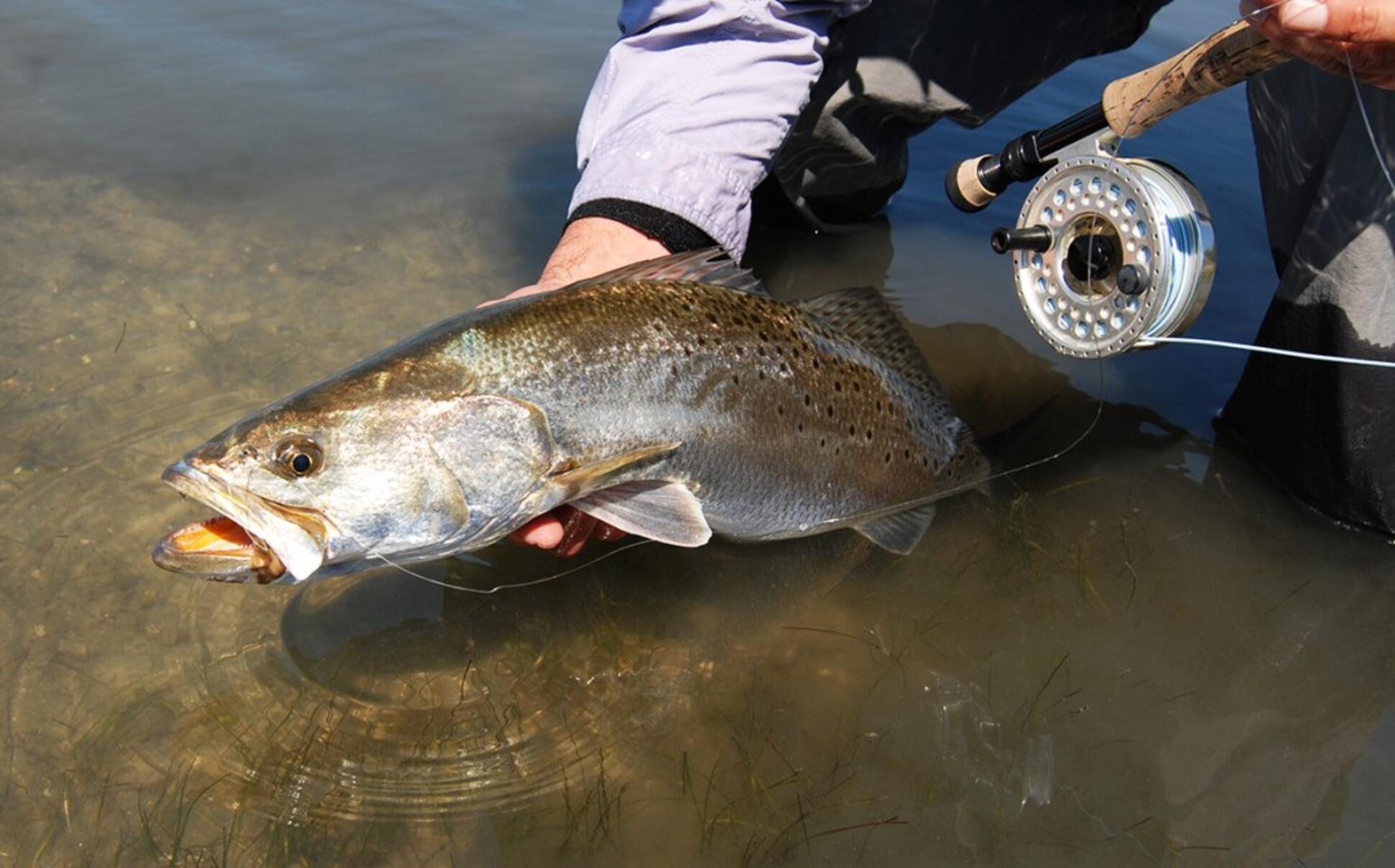 Shallow areas with a dark bottom absorb heat and warm faster than those with a light, sandy bottom – it’s the same principle utilized by a solar collector. As a result, fish will move from deeper water and onto flats that have either dark mud or grass when the weather turns sunny immediately after a cold front passes. However, during periods of extended warmth, trout and reds will become increasingly scattered across the broad shallows.

Shallow water immediately next to a large mat of dead seagrass is warmer than water with no decaying vegetation. That’s because the mat is oxidizing and puts off heat as it decays. Patches of dead vegetation are most productive when fish are looking for temporary warmth. Furthermore, the mats often hold tiny prey on which the reds and trout can feed. Look for fish along the patch edges.

During cool weather, water next to dry land is often warmer than in open shallows more distant from shore. Acting on the same principle as a heat pump, warmth from land is transmitted to adjacent water and helps keep the temperature higher than water further away. The fish will often inhabit the sandy troughs that parallel the shoreline and will also lay in potholes within close proximity of the landmass. 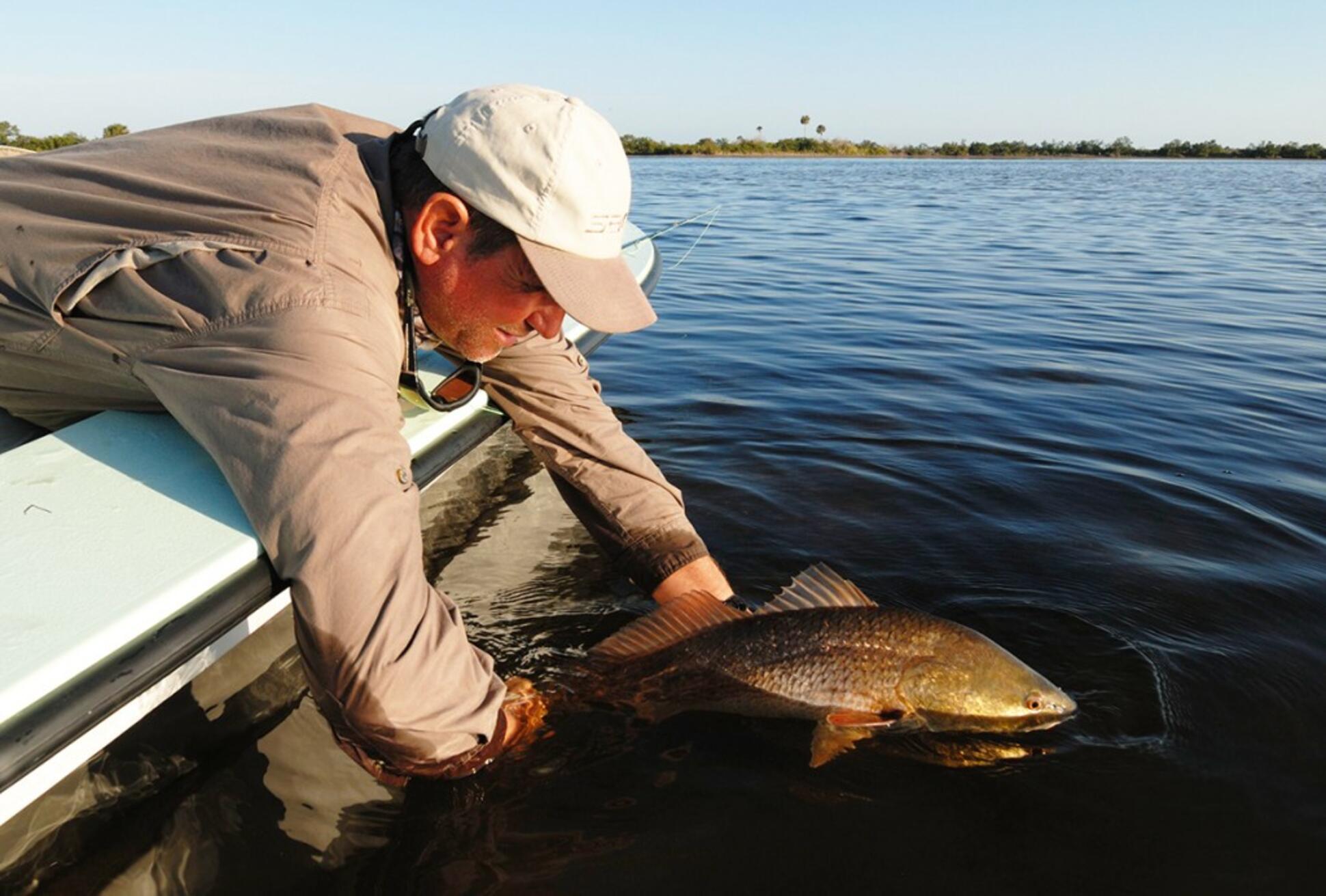 Springs and coastal rivers act as temperate sanctuaries for reds and seatrout. In some regions of the State, both species will move into those backcountry areas for a good portion of the winter, only leaving during extended periods of warm weather or as the season changes.

Fly line needs can change during Florida’s winter months, especially in my home waters where the air temperature can dip into the 30’s and even lower on occasion. When cold fronts move in, I switch from my normal floating and sink-tip set-ups with RIO Tropical Lines and rely instead on the RIO Coldwater Series equivalents because they have less of a tendency to coil and are easier to cast as a result.

My final tip is to dress warm. In the winter, it’s always colder on the water than it is on land and you can always tell who the snowbirds are by what they’re wearing during cold fronts – sometimes just a shirt and lightweight pants when locals are covered up with thermally insulated jackets and wearing deck shoes instead of flip-flops. The most extreme conditions may even call for “Florida semi-formal attire”. Socks! 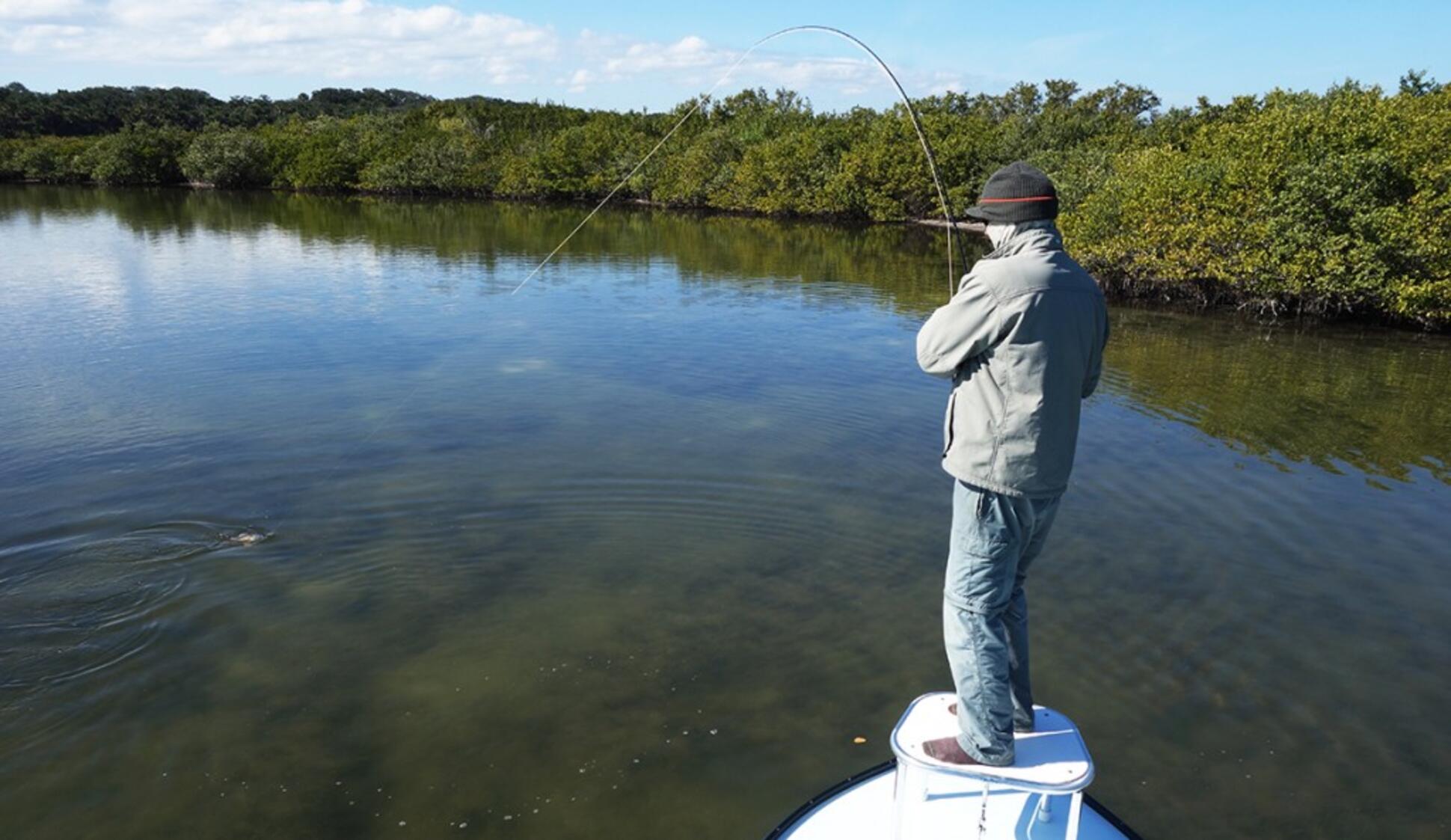