Some say we are just fanatics, using our selfish needs to create the most sophisticated, strenuously tested products available... but we call it pride... pride in the promise to give you the absolute, hands-down, best of fly fishing excellence on your rod. RIO is fanatical about technology. And our cast members have donated literally thousands and thousands of hours on the water researching, designing and refining our products. All with one goal in mind – helping anglers hook, land and turn loose more fish! 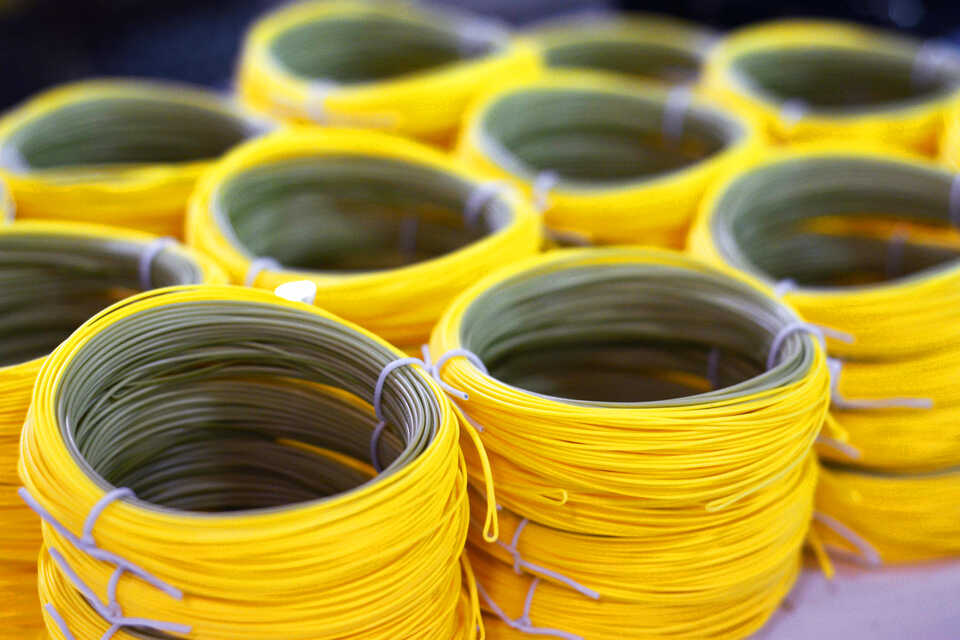 RIO’S InTouch fly lines are built with ultra-low stretch ConnectCore for the maximum in sensitivity and performance. 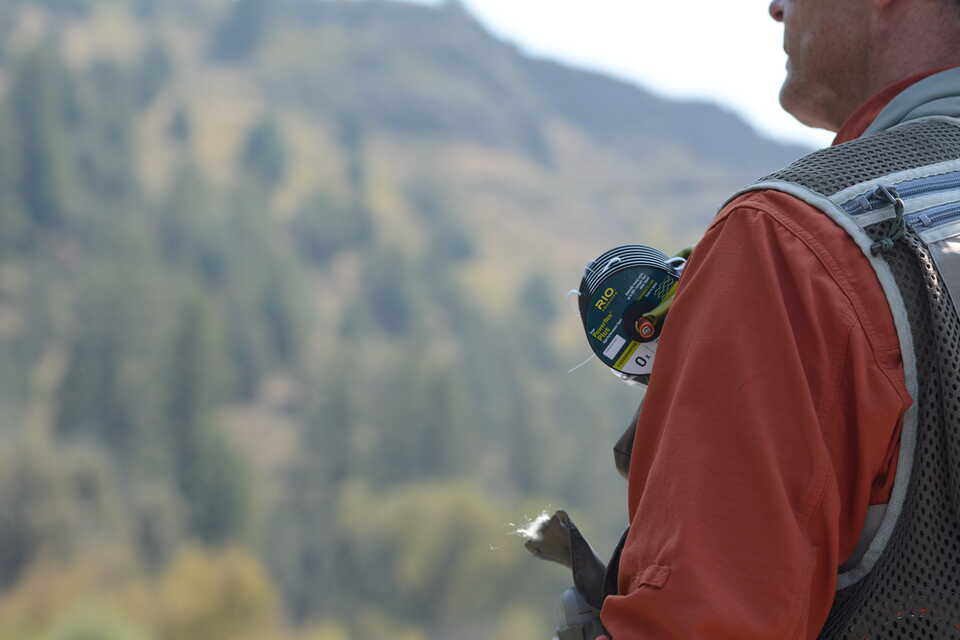 20% stronger than regular leaders or tippet.

When you rely on touch to know what’s going on in the depths, line stretch is the enemy.

Our ConnectCore lines open up new worlds of perception and sensitivity with ultra-low stretch performance. Soft, subtle takes become positive grabs, and without stretch to dull reaction times, hook sets are instant and sure. ConnectCore. The secret weapon for success.

In hot, humid conditions, DirectCore lines provide the stiffness you need to fire into the wind, with significantly reduced memory.

In hot, humid conditions, DirectCore lines provide the stiffness you need to fire into the wind, with significantly reduced memory. Which means your line lies straighter on the water for a more direct connection to fly and fish. DirectCore is also 25% stronger than other monofilament cores of equal size, and stretches 30% less at breaking point. In short, DirectCore makes you a better angler on the flats, in the mangroves and off the beach.

Multi Density Control is a combination of different density coatings along the length of a fly line.

Tired of floating lines that work like sink tips? Fact is, the reduced coating at the narrow, tapered end of most floating lines doesn’t have enough buoyancy to stay above water. RIO’s MaxFloat Tips solves this age-old problem. Our all-new, proprietary tip coating formula floats more than twice as high as regular line tips, without any increase in diameter. That puts maximum floatation right where you need it for reduced drag, longer presentations and quieter pickups.

It also allows the line to slip more easily from the surface film for longer, quieter pickups. At the same time, MaxCast’s coating formulation contains a sophisticated blend of permanent slickening agents, and slickening agents that continuously migrate to the line’s exterior for enhanced shooting and durability.

Every fly fisherman is looking for a slicker line, and for good reason. Slicker line means longer casts, which is something all anglers strive to achieve. XS Technology is the latest development from RIO's lab coats that focuses on creating an ultra slick line, with dirt-repelling tendencies.

XS (Extreme Slickness) Technology began when RIO's chemists began reformulating conventional chemical combinations. Although RIO's formulas were great, our scientists are fly fishers, and by definition they want an even slicker fly line - it's just part of the deal. So first, they tackled the polyvinyl chloride (PVC) coating and through intense scrutiny down to the polymeric mix level, (say that 10 times fast) they defined some fundamental limitations. Out went the old PVC/silicone formulas and by methodically adding a little more of this, a little less of that, and a pinch of secret sauce, the lab coats cooked up a completely new and improved recipe. With XS Technology, RIO has developed a fly line that is slicker, more stable, and far less apt to attract dirt, and paired with AgentX Technology, it engineers a line that is less dense, casts further and more accurately, floats higher, lasts longer, and offers more consistent performance cast after cast, strike after strike, fish after fish.

Traditional, single-layer fly lines have to compromise between function and the need for durability and slickness. AgentX Technology makes the old compromise obsolete by bonding two separate coating layers onto one line.

This proprietary process allows RIO line designers to optimize the specific performance of each line. For example, AgentX floating lines can use an inner layer with more buoyant microspheres, while the outer layer is formulated for maximum toughness and shooting ability. AgentX means the best of both worlds in a single fly line.

The majority of modern fly lines feature a taper at the front end, which ensures that they cast smoothly and land on the water without too much impact. With sinking lines and sink tips, this taper creates a small problem; as the line gets thinner the amount of coating on it gets less.

The coating is what makes a fly line sink, so as the coating is reduced, the sink rate slows down. Usually this means a tapered sinking line sinks in a curve - with the thicker, heavier and denser body section sinking faster than the tip - not good for controlling the depth, and especially not good for detecting atake, or setting the hook. RIO's Density Compensation adds a more dense material to the thin tip, which ensures the line sinks straight - better for knowing when a fish takes the fly, and far better for setting the hook. All RIO's premium tapered sinking lines and sink tips are Density Compensated.

DualTone is a system perfected by RIO that marks the sweet spot of a fly line by providing an obvious color change in the line. The design of every fly line taper, its most likely application and each individual line size is carefully taken into account, and the location of the color change is unique to each fly line.

Every line model and size is tested on a selection of fly rods to find the ideal place where the rod loads, and the color change starts at that point. With the DualTone system it is easy to see how much line to strip in, where to pick up a cast, how much line can be held in the air when false casting, and when to make the final cast.

For anglers that fish the “hang” this is invaluable.

A highly visible, short mark built into the fly line that shows anglers when the end of the sinking line is getting close during the retrieve.

Easy ID is RIO’s line marking system that shows anglers the model and line size of the relevant product, neatly printed on the actual fly line itself

An easy to see reference point that shows the most efficient loading point of the fly line.

Improves casting accuracy by making it easy to gauge exact distances with a quick glance.

A neat, bullet-proof welded loop on the front end for fast rigging.

A neat, bullet-proof welded loop on the rear end for fast rigging.

RangeFinder makes it easy to determine how far a cast actually went with alternating colors every 10ft.

A neat, bullet-proof welded loop on the front end for fast rigging.

A neat, bullet-proof welded loop on the rear end for fast rigging.

RIO has opened its tightly controlled doors to show you just how a fly line is made.

Perfecting the Fly Line - behind the scenes at RIO

This behind the scenes video from RIO shows the stringent checks, and numerous quality control steps a fly line goes through before it ever makes it on to the fly shop shelves.