Having engaged in all forms of surf spey recreational fishing in practically every locale imaginable, the one scenario that presents the most formidable set of conditions is fishing the high surf. Regardless of the tackle mode this is a very challenging fishery. When you choose to tackle it with fly gear the difficulty factor rises like the water level on an incoming spring tide

Wind is typically the fly fishers’ nemesis and nature seems to put on its best show of force when it blows onto beachfronts exposed to open stretches of ocean. Casting is the name of the game in this fishery and you often have to try and make your delivery directly into the teeth of the wind that can whip up whitecaps that resemble mini snowdrifts. Water turbulence presents another challenging factor that takes on exaggerated proportions in the surf. Crashing waves turn jagged surf into bowling ball smoothness and the undertow resembles the current in fast flowing rivers. Simply trying to maintain one’s footing can be physically taxing.

Despite the magnitude of these forces, fly-fishing the surf has become a popular pastime on beachfronts all across the US. In most areas access is readily available, the cost factor is minimal, and most of important of all, there are fish to be had. If you have yet to try it, or are interested in refining your technique I would like to offer the following tips for presenting flies in the surf.

In the planning stage of your surf outing the first decision should be the type of rod you are going to use, either single-handed or double-handed. Aside from personal preferences this choice is primarily a function of surf conditions and how far you think you have to cast to get your flies to the fish. For moderate conditions and casts limited to a maximum of 80-feet or so, traditional single-handed 9-foot fly rods will do the job. More so than the particular species you set your sights on, let the size and configuration of the fly patterns you’ll be fishing be the deciding factor on what weight rod is appropriate. For example, if you are going to cast bonefish type patterns for barred perch or corbina along the Southern California coastline, something as light as a 6-weight could constitute an appropriate choice. In contrast, if you were on a beachfront in the northeast tossing large bunker imitations for stripers, a 9-weight would be considered on the light end of the spectrum. A 10 or 11-weight would be more practical. The two line types I recommend for this are the RIO Max II Shooting Heads and the OutBound Short. Both lines will deliver the distance but the shooting head system affords the wading angler a great deal of versatility because with the loop- to- loop system, heads can be changed in a minute or two. If you wanted to change from an intermediate to a fast sinking line, you can quickly swap heads. It eliminates having an additional outfit or even having to carry an extra reel spool. For anglers who do not like the feel or the sound of the loop-to-loop connection going through the rod guides, or don’t have the need to make quick line changes, the appropriate choice would be the single continuous line configuration of the OutBound series.

In the last few years double-handed rods Pick upfrom approximately 12 ½ to 15-feet in length have become increasingly popular with fly fishers plying the surf. When the surf is running moderate to heavy and casts of a hundred feet or more are the order of the day, these are the rods you want to fish. Many anglers prefer them because they easily lend themselves to two casting styles, overhead and Skagit. For strict overhead applications off the beach when I have to deliver the fly as far as possible with a double- handed rod my line of choice is the RIO AFS Shooting Head. Typically I connect these to a 50 lb. RIO SlickShooter shooting line. If it’s been wound on the reel for quite some time, I recommend that you stretch it before you start fishing. It lives up to its name slick, and to avoid it slipping through my fingers on the casting stroke, I often hold it to the bottom portion of the rod’s butt section with my left hand (my right hand is the rod hand).

You can Skagit cast with the AFS heads, but an even better choice is the Skagit Flight Head. These are some of the most versatile lines I use in the surf. You can overhead cast with them as well and the MOW Tips that you loop to the front end enables you to fish a broad spectrum of conditions from strictly top water to fast sinking when you want to get the fly down even in heavy surf.

Regardless of the line setup you choose, the most important ancillary item when working set up the surf is some type of stripping basket. Unless you are highly skilled in managing coiled line in your hand, without the aid of a basket to keep the line out of the turbulent wash, you will be confronted with frustrating and time consuming tangles. In addition, running or shooting line that has to be pulled from the water during the final forward stroke of your cast will rob you of distance. There are commercially marketed baskets available or you can easily make your own. If you choose the latter course, make sure to incorporate some type of finger-like projection from the bottom of the basket. All you need is about 6. I use plastic tie wraps. With the line lying between these projections in the basket you’ll find that you can move up and down the beach with a minimum of tangles.

With the right rod and line choices coupled with a stripping basket, you’ll find that your surf safaris will be considerably more productive and a lot more fun. 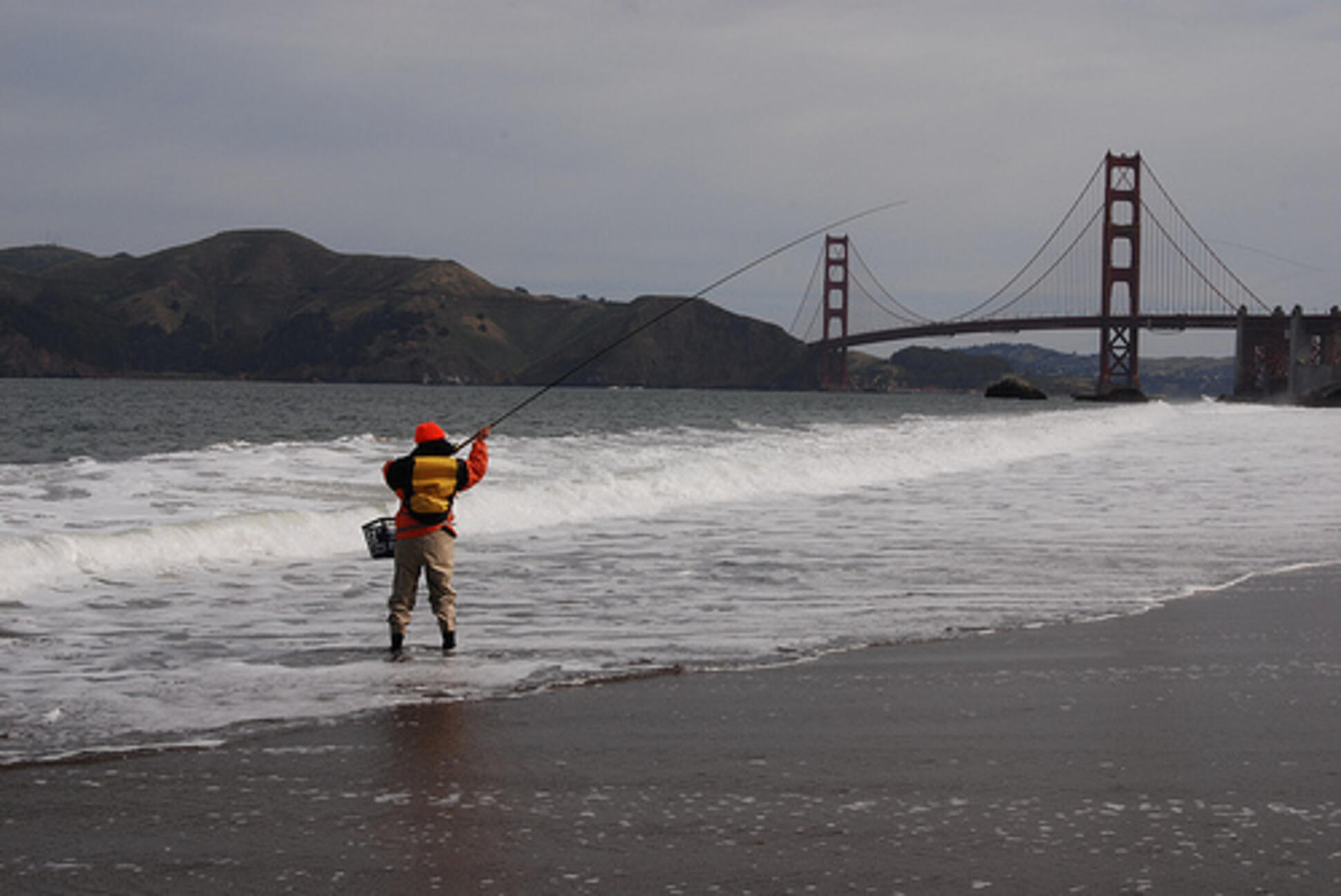 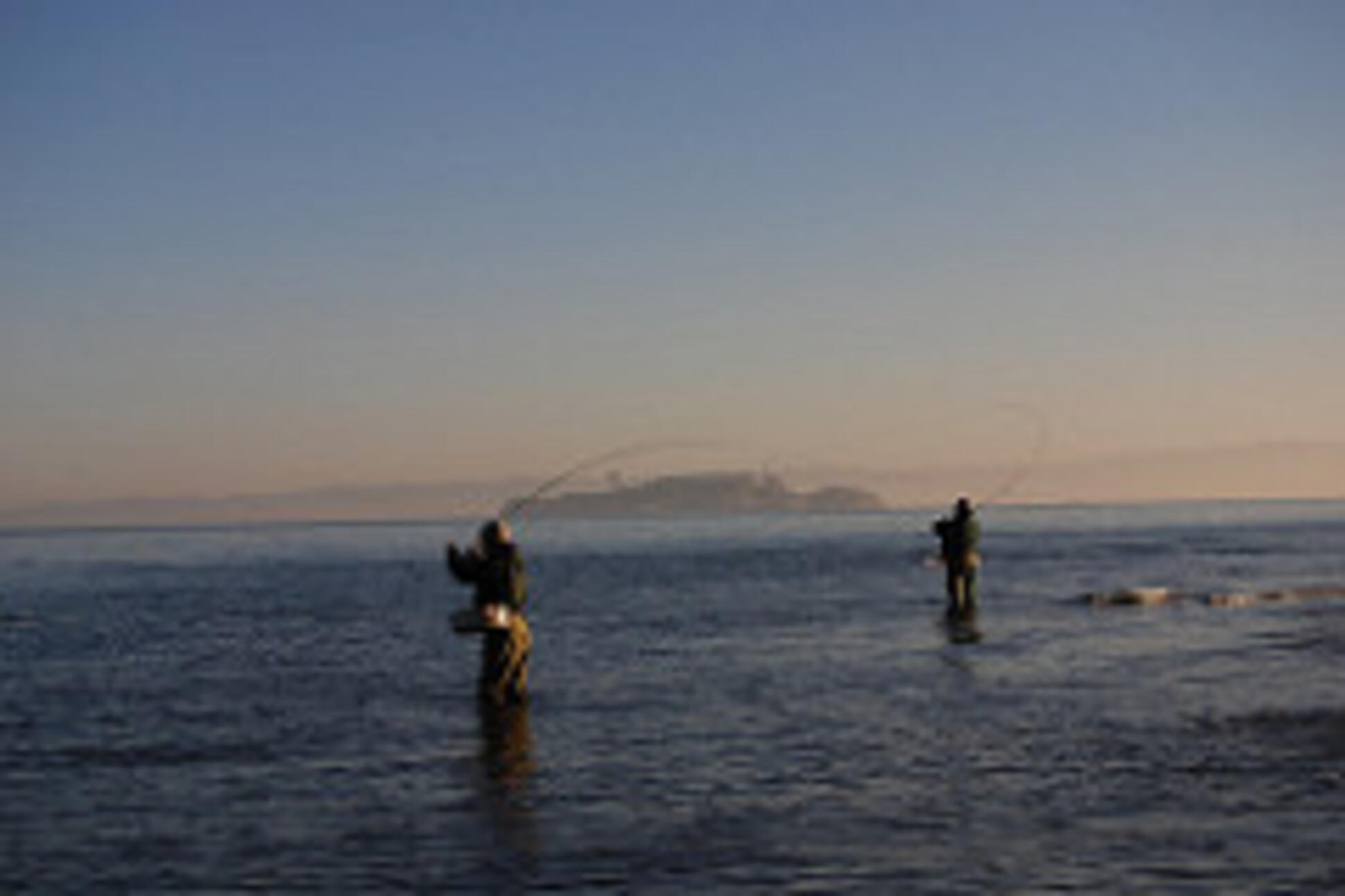 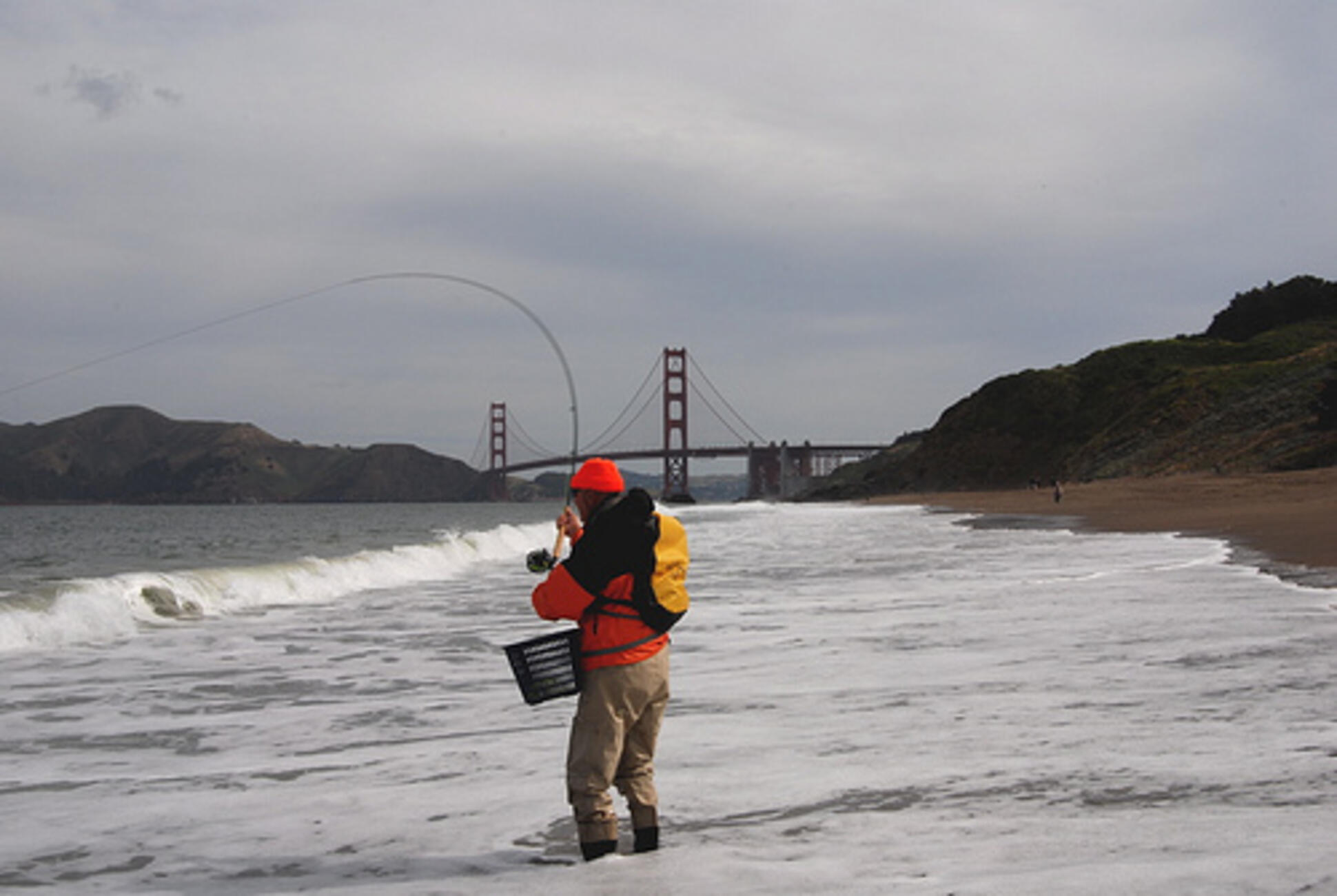 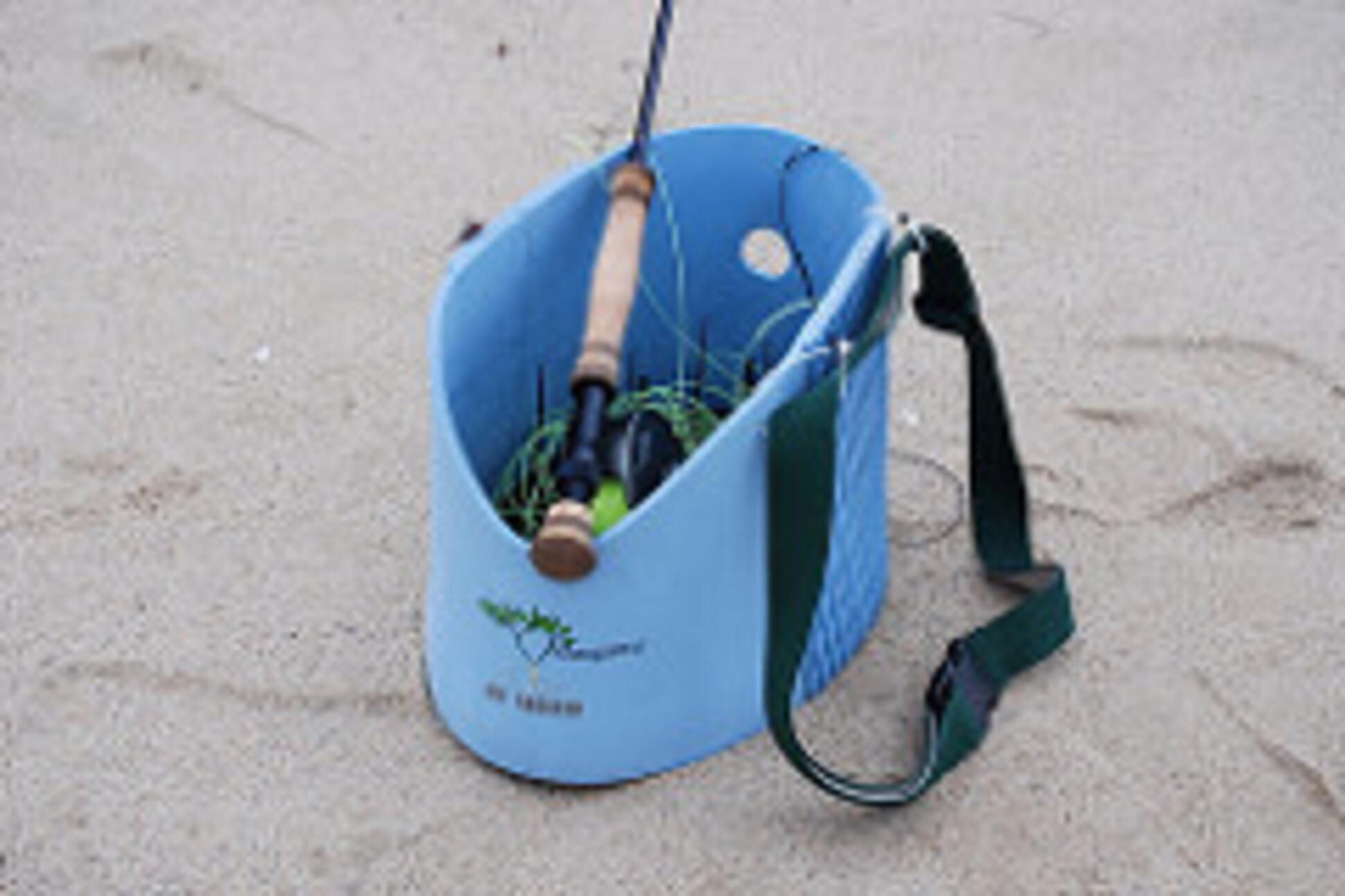