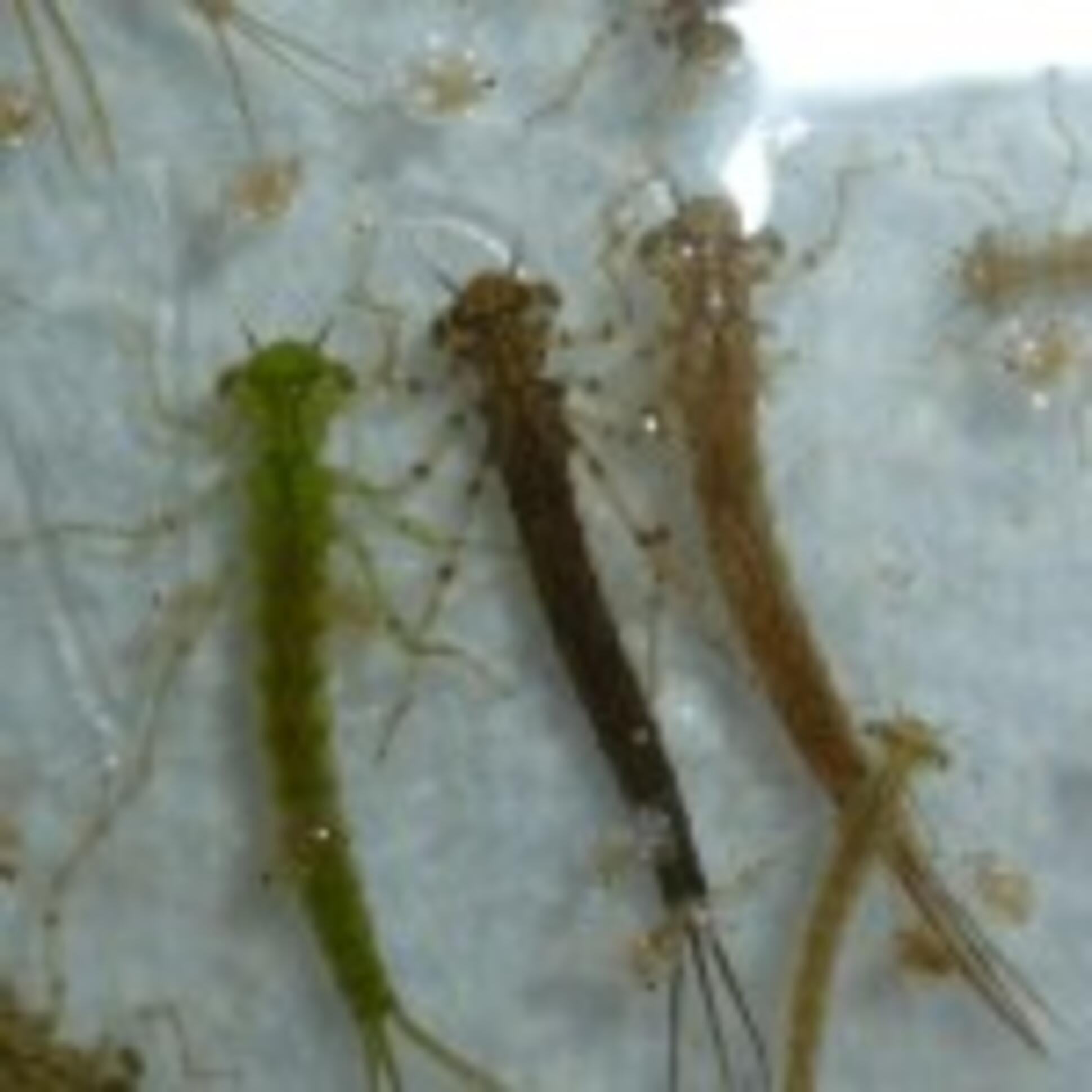 Contrary to popular belief there is a lot of great lake fishing to be had after the spring to early summer chironomid or midge fishing subsides. Damselfly and caddis fly emergences, although much shorter in duration, offer some great nymphal, pupal and adult fly fishing opportunities. Seasoned stillwater anglers look forward to the annual dry fly fishing that the adult caddis hatch offers and in some waters similar adult damselfly action. However, the most productive tactics for these two insects is often imitating the pupal and nymphal migrations as both insects make their way to complete the transformation to the adult stage.

Both emergences offer the angler visual clues as to when they are occurring as these insects live in water less than 25 feet in depth and often in less than 15 feet. Mature damselfly nymphs swim out of the protection of benthic vegetation that blankets the shoal or littoral zone of the lake and migrate to stands of emergent vegetation such as longstem bulrush or cattail. Here the nymphs crawl out of the water and up the plant stems to complete the emergence to the adult. The migrating nymphs swim up off the lake bottom to within a few feet of the surface of the lake and then swim horizontally through the water. It is easy to see the nymphs in the water as there are often many of them moving on mass to emerge. An even better clue is when pulling your anchor ropes to move and several nymphs fall off into your boat. Damselfly nymphs are relatively slow swimmers and thus make easy meals for foraging trout and char.

Caddis larvae crawl along the bottom substrate and vegetation growing within the shoal zone of the lake. Caddis flies complete the transformation to the pupal stage inside their larval cases which are typically constructed from bits of vegetation, particles of sand or bits of woody debris. Once mature, the pupa breaks out of the larval case and quickly swims to the surface of the lake. Upon reaching the surface a split forms on the back of the pupa and the adult caddis emerges. The newly emerged adult dries its wings by briefly holding them upright like a mayfly to dry them and then quickly folds them tent-like over their back. The adults typically run across the surface film for a short distance before taking flight and landing in nearby riparian vegetation. Trout and char actively pursue the swimming pupae as they move through the water column. The pupae typically swim on about a 25 degree angle to the lake surface. Their hind pair of legs are elongated and feathered which act as oars sweeping them through the water. Anglers will see the pupa swimming quickly through the water column.

Imitating the nymphal swim of mature damselfly nymphs and caddis pupae is key to having consistent success with these patterns. Both emergences begin at the bottom of the shoal or shallow water zone of the lake. Nymphal and pupal patterns can be fished effectively from the start to completion of their emergence swims. Damselfly nymphs swim in a sinusoidal motion and will pause or rest on a regular basis. They are not breaking any speed records so a moderately slow hand twist retrieve with regular pauses of several seconds is a good retrieve to master. On the other hand, caddis pupa are on a mission to get the surface as fast as possible. A steady, 4 to 8 inch long strip retrieve with the occasional short pause will imitate the natural insect movement. Intermediate sinking lines, such as the RIO CamoLux, are a perfect choice to match the swimming action of both insects. At a sink rate of 1.5 to 2 IPS the CamoLux line can be fished higher in the water column to match the damsel nymph migration or allowed to sink deeper to match the caddis pupal swim from the bottom of the shoal to the surface of the lake. The clear camo line coloration is an added advantage when fishing clear water lakes.

Trout and char take damsel nymphs and caddis pupae aggressively as they are a fleeing food source. Fishing these imitations on intermediate sinking lines will guarantee you some memorable strikes and fish fighting action. 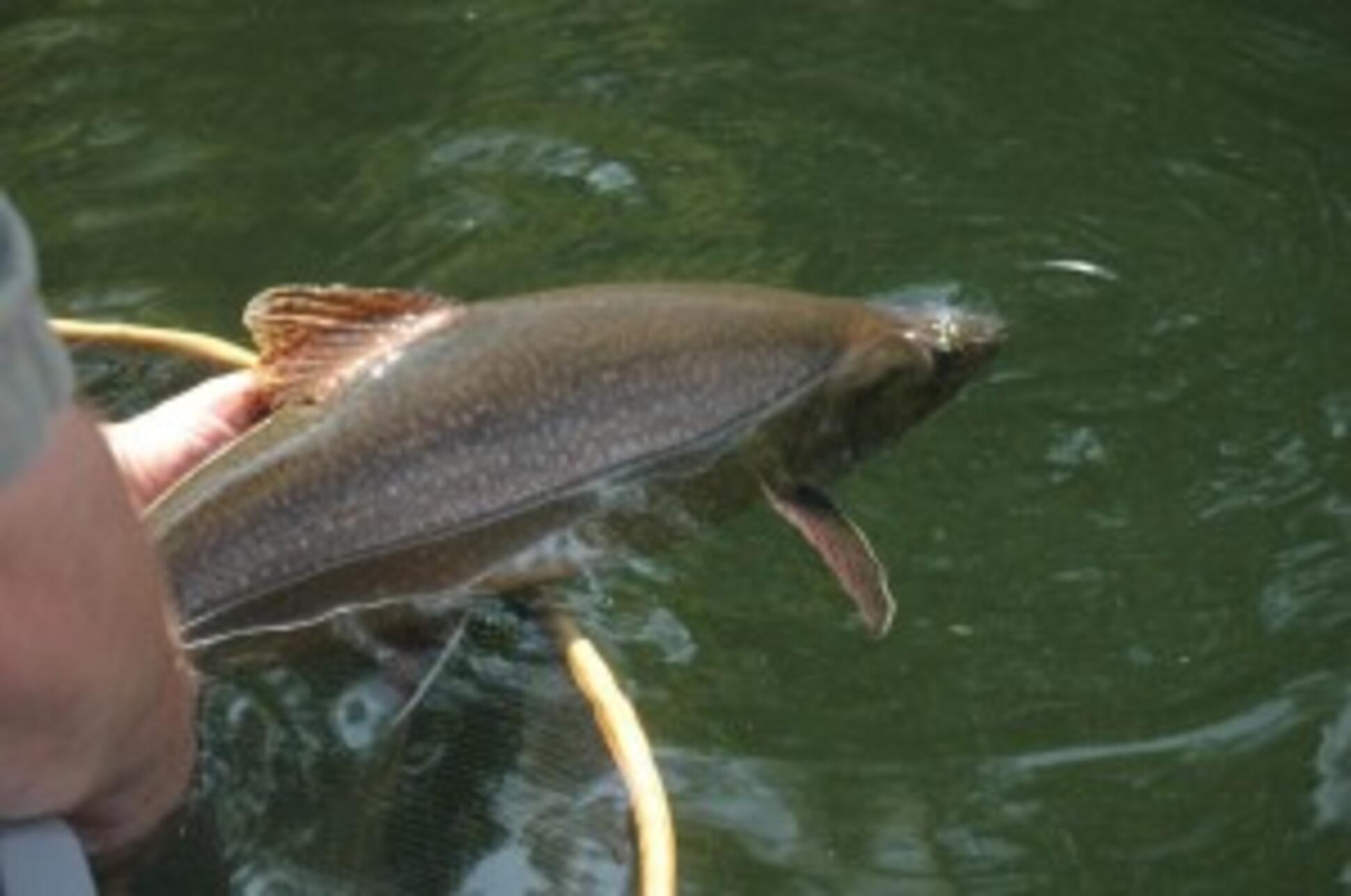