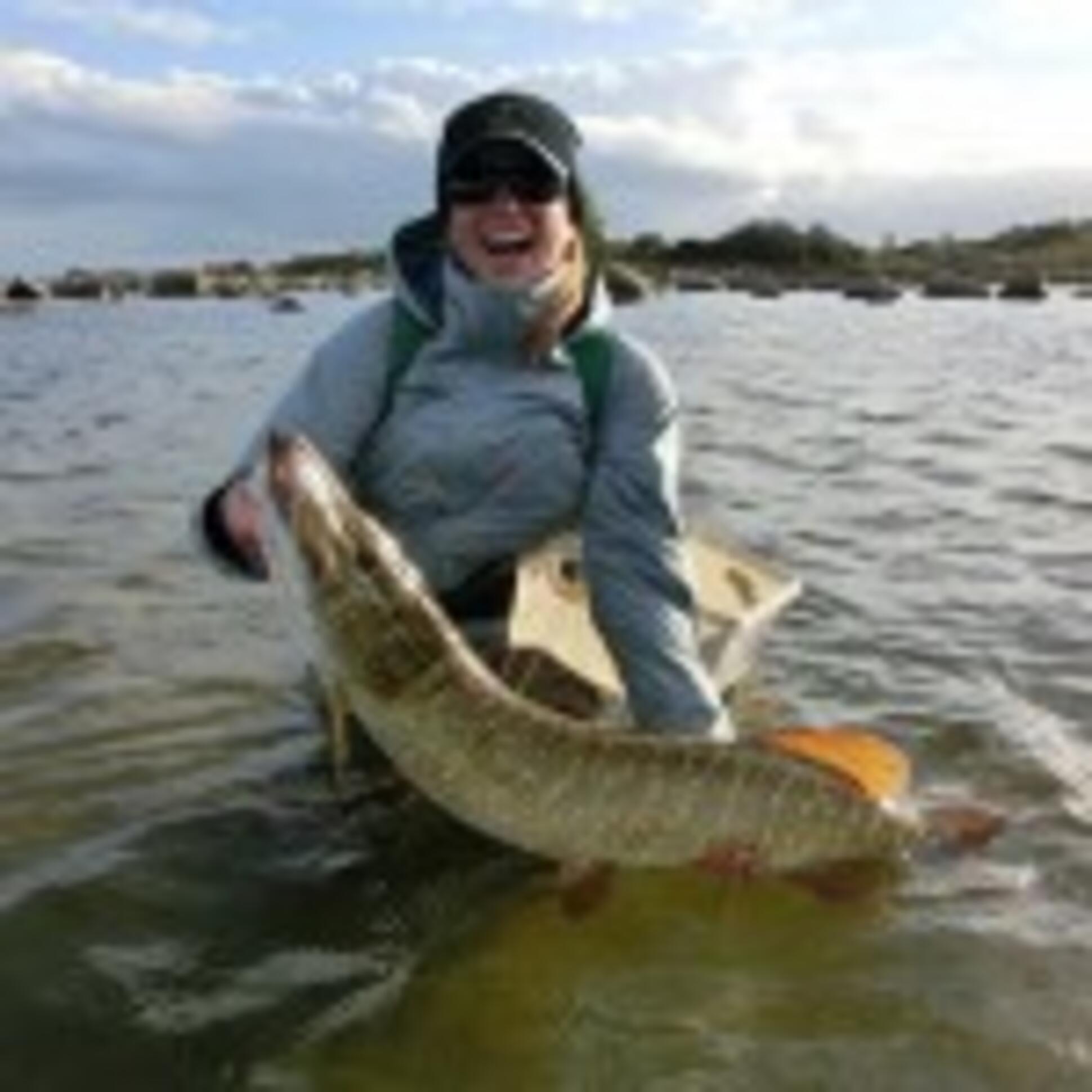 With the pike and I, it is a love /hate relationship. Although not to fond of its large mouth with the many large, sharp teeth, I just can’t let them be. I have to fish for them and this I do in a most unusual pike habitat – one might think…

When autumn is setting in Sweden it is time to head out to the Baltic shoreline to catch some salty pike. The Baltic Sea is known to be a big pond and although it contains saltwater it gets more and more brackish the further East and North you head. And even though Pike are a freshwater fish, they also thrive in brackish water.

When we head out to fly fish for pike we leave our boat at home. One of the fun things about salty pike fishing is that we are wading. The territory of the fishing is the unique and picturesque landscape of the Swedish Skærgården (archipelago), characterized by its flat shoreline, scattered with small and big granite stones, deep gullies, and small stone islands. In short: loads of hiding places for pike. The way to fish for them is simply pocket fishing. Don’t think you have to cast far into the horizon – this approach might do you more wrong than right. The pike is usually lurking in a hiding place such as in weed, sand holes or behind a stone. The water does not even have to be deep. Hence when you are on the pike hunt, remember that pike can be anywhere: close by, to the side of you, behind you – everywhere. The shift of focus where the fish resides is key element for success. Get to know where and how your prey lives!

Pike are definitely not selective and will feed on anything which moves in the water; a zonker or a flashabou fly in hook size 2-2/0 will usually animate a pike to take the fly. However you might face a little irritation when casting such a big fly or “wuschel” (as we call it). Get used to the fact that you will probably be casting with wider, open loops and that it looks pretty awful (hopefully your casting instructor is far away). Add a little wind to it, as we are fishing on the coast, and frustration is bound to be near!

A few tackle tips might lessen your frustration. Although personally I am a lover of light fishing tackle I would suggest not going lighter than a #8 rod. It will certainly make it easier to cast big flies, plus it helps to fight a big fish quick. When casting big flies you want to have a rather short stout Powerflex leader and an even shorter Powerflex Wire Bite Tippet on the end. You can also use RIO’s Toothy Critter leader, as that already has the wire bite tippet built in. Make sure that your leader is no more than a rod length in total – even better if it is shorter. The more compact your leader and line set up is the better.
The new RIO Pike line is a good choice for these fish, and though it won’t necessarily make your cast look prettier, it will certainly help you to transfer the energy between line, leader and the big fly. If you are more a shooting head aficionado the RIO Max II Shooting head floater in 300gr does the same straight forward job. Together with RIOs coated Powerflex Shooting line in 0.024 or the more extreme distance-orientated RIO SlickShooter in 35lb it makes a brilliant pike set up. Both recommended set ups have a short but powerful head which helps to turn over big mama pike flies more easily. Your casting will feel much more at ease too, as the short but heavily weighted heads help get that extra ‘umpf’ into your cast – even in the toughest windy conditions. Choosing the right gear for your fishing trip really means choosing an outfit that is easy and enjoyable to cast. You should enjoy the time you have at the water as much as possible – and choosing the right outfit might show that you are not such a poor caster after all! 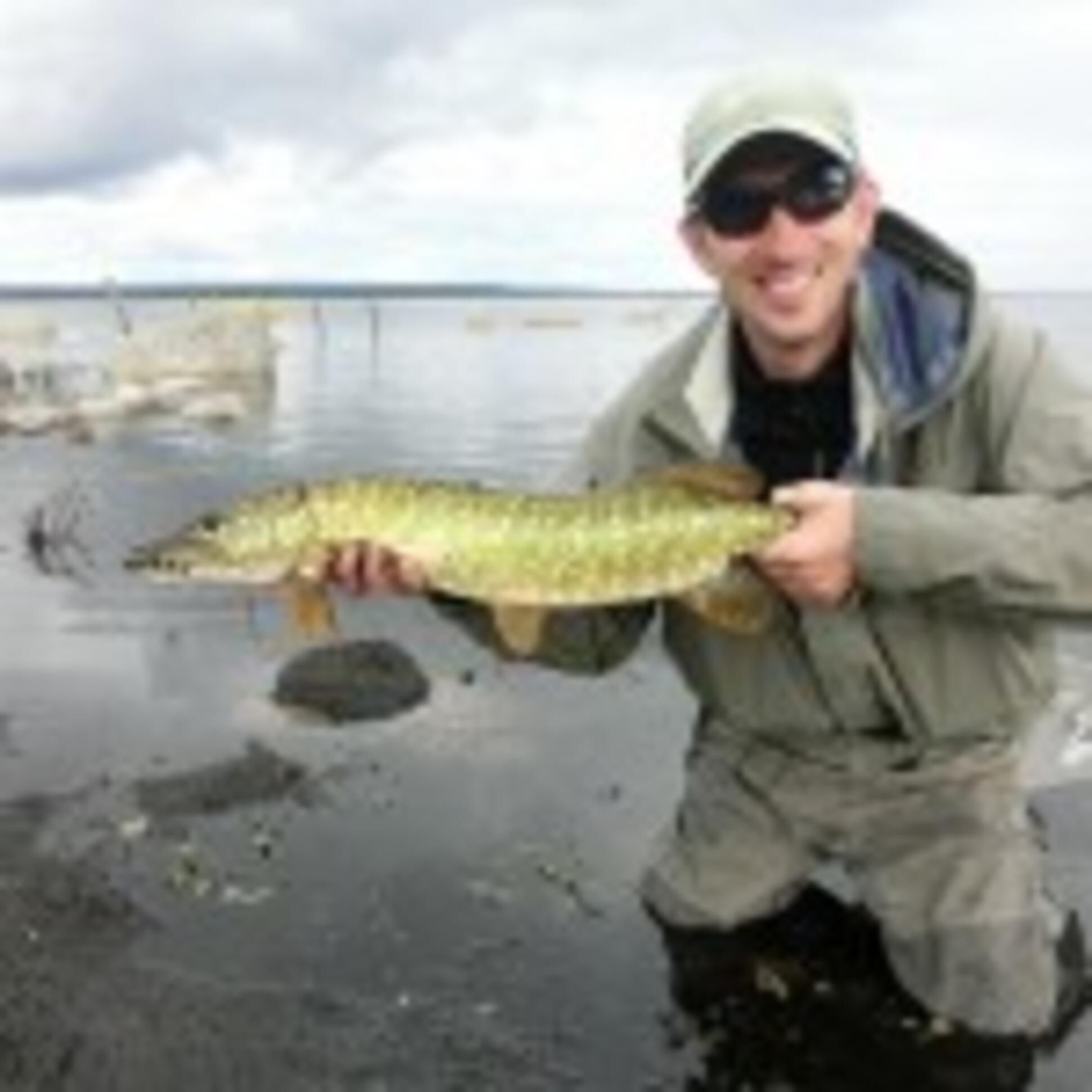 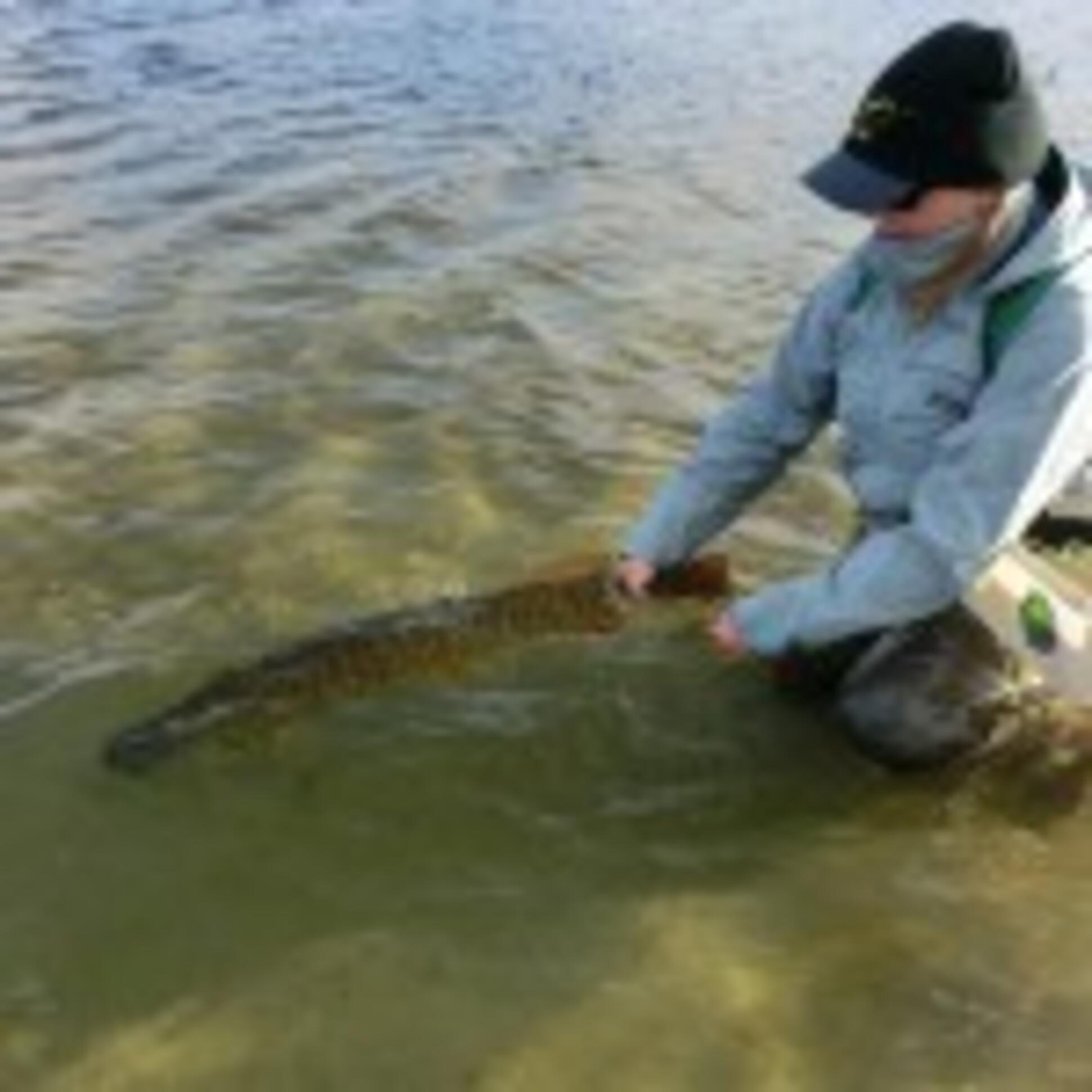