Traditional streamer fishing for trout and bass often employs a sink tip line, a short leader and a variety of weighted and un-weighted flies. The fly is cast and either swung through likely holding water or cast and retrieved with a variety of cadences. In this post, Pro John Barr writes about an effective streamer technique that’s based on conventional tackle methods.

Traditional techniques are effective but to become more Landon Mayer Meat Whistle brown and successful when streamer fishing there is a different approach that is worth incorporating into your program, the Passive Streamer Technique.

The idea is patterned after conventional tackle techniques that I have used when fishing for both large and smallmouth bass with weighted plastic worms and skirted lead head jigs with trailers. With both I would cast and let them sink to the bottom. Many takes occurred while the jig or worm was sinking. If no fish grabbed on the drop I would begin the retrieve after letting the bait (bass fishermen’s term for lure) sit on the bottom for a few seconds. During the retrieve the rod was raised up slowly causing the bait to rise and come towards me. Then I would pause and lower the rod while reeling in line. During the pause the bait would drop back to the bottom, where I would let it sit for a short time. The pace of the retrieve would vary but generally the most effective retrieve slow with pauses throughout the retrieve. The majority of the takes would occur when the bait was falling or sitting on the bottom. Takes are subtle and detected by watching the line where it enters the water for any unnatural movement or a change in the way the rod feels in your hand such as a tick or a slightly heavier feeling

The passive streamer technique when fly fishing for bass and trout is patterned after the conventional technique I used when fishing plastic worms and jigs. I use a 6 Wt rod, a matching Clouser Line and a 9 foot Ox leader with 2 feet of 0x fluorocarbon tippet. I use the same set up for bass and trout. The only fly I use with the passive technique is the Meat Whistle, which is a fly I designed using the jig and trailer as a template. Both the jig and the fly are killer crawfish imitations. Trout can be selective during a hatch but most of the time bass and trout are opportunistic feeders, and neither can pass up a crawfish. The Meat Whistle is tied on a jig hook with a tungsten or brass cone, has a marabou collar with sparse flash sili legs, and a rabbit strip tail. The fly rides hook point up so that it can be fished on the bottom and through weeds with far fewer hang ups than a pattern where the hook point rides down. The bottom is a significant source of food that bass fishermen regularly exploit but many trout fishermen neglect.

The pattern can represent a crawfish, a sculpin or other baitfish along the bottom or with its constantly undulating rabbit and marabou, just something good to eat. When you are swinging or stripping a fly, fish usually slam it and the strike is easy to detect. When the Meat Whistle is fished passively bass and trout don’t slam it. Bass just suck it in and trout just pin it on the bottom or bite it and strike detection can be tricky when you first try the technique. You have to learn to watch the line tip or feel subtle changes in how the line feels.

I cast the fly and allow it to sink. While it is sinking I am watching the line tip or the line closest to me that I can see for any little twitches or movement that can occur when a fish takes the fly. If there is movement in the line I strip set hard. If the fly sinks to the bottom without a take, I let it sit and start my retrieve. The retrieve can be a series of hand twists slow strips or a combination of the two, with many pauses. While retrieving I don’t pinch the line against the grip. I drape the line over the middle finger of my rod hand. Takes are detected by feeling anything different in the finger that the line is draped over. The line can impart a subtle tick, feels like something pecking your finger, or just feel tighter on the finger. If the line feels different I strip set hard. If I don’t hook a fish during the retrieve at the end I sweep the rod which can trigger a grab from a fish following, and pick up and cast again. The long leader allows the fly and leader to sink while the floating line stays on or near the surface. The floating line lifts the fly off the bottom when stripped and allows it to fall during the pause, and line movement can be detected when a fish takes.

When warm water fishing for bass, incidental catches of other species on the Meat Whistle are fairly common. Many of my largest perch, brim, carp and catfish have been caught while fishing a 3/0 Meat Whistle for bass.

I still love ripping a big black and blue Whistle in the late evening and feeling that jolt when a fish savagely attacks, and I still swing and strip, but the Passive technique has produced so many trout and bass, especially large fish, that I employ it regularly. 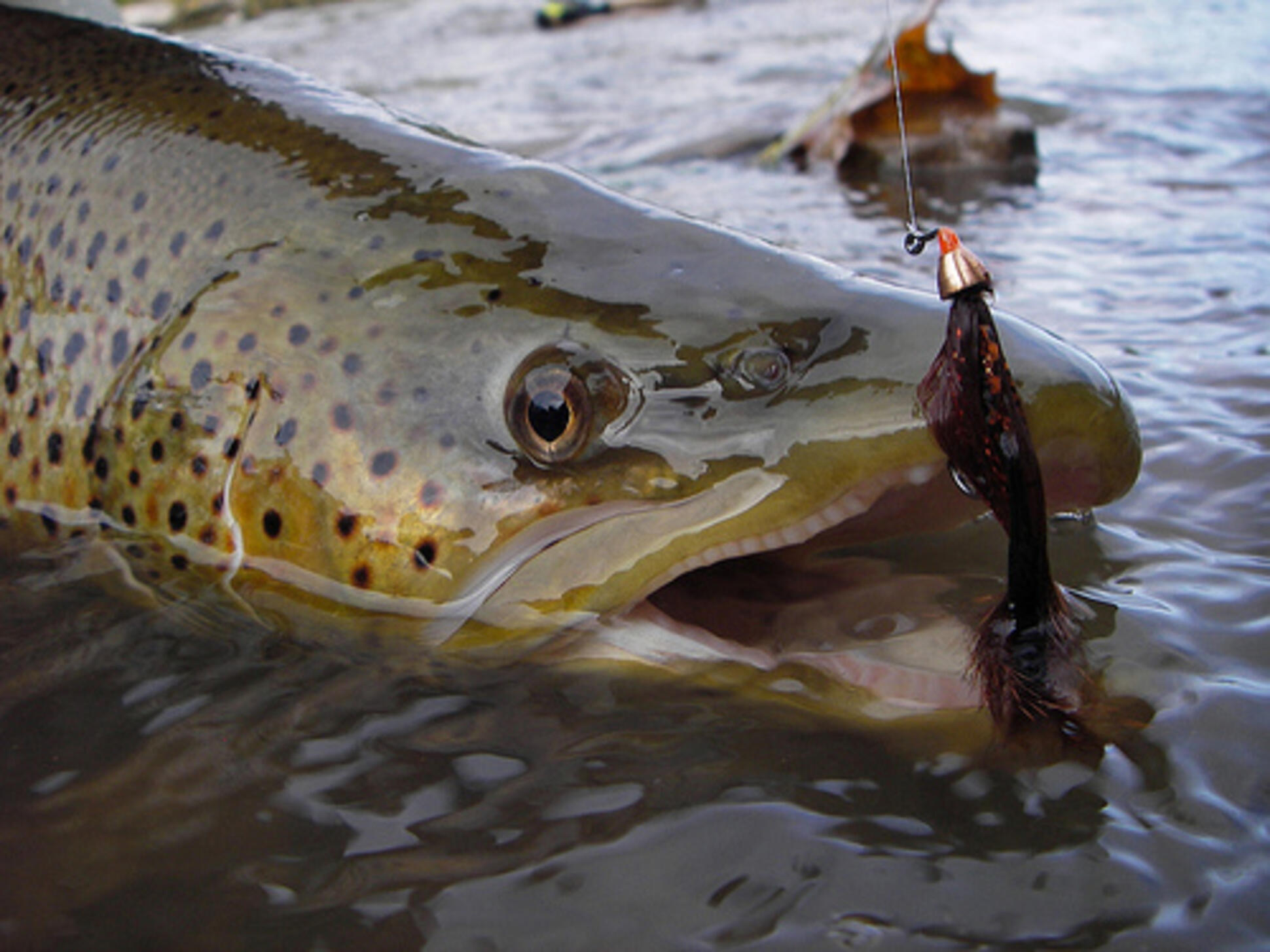 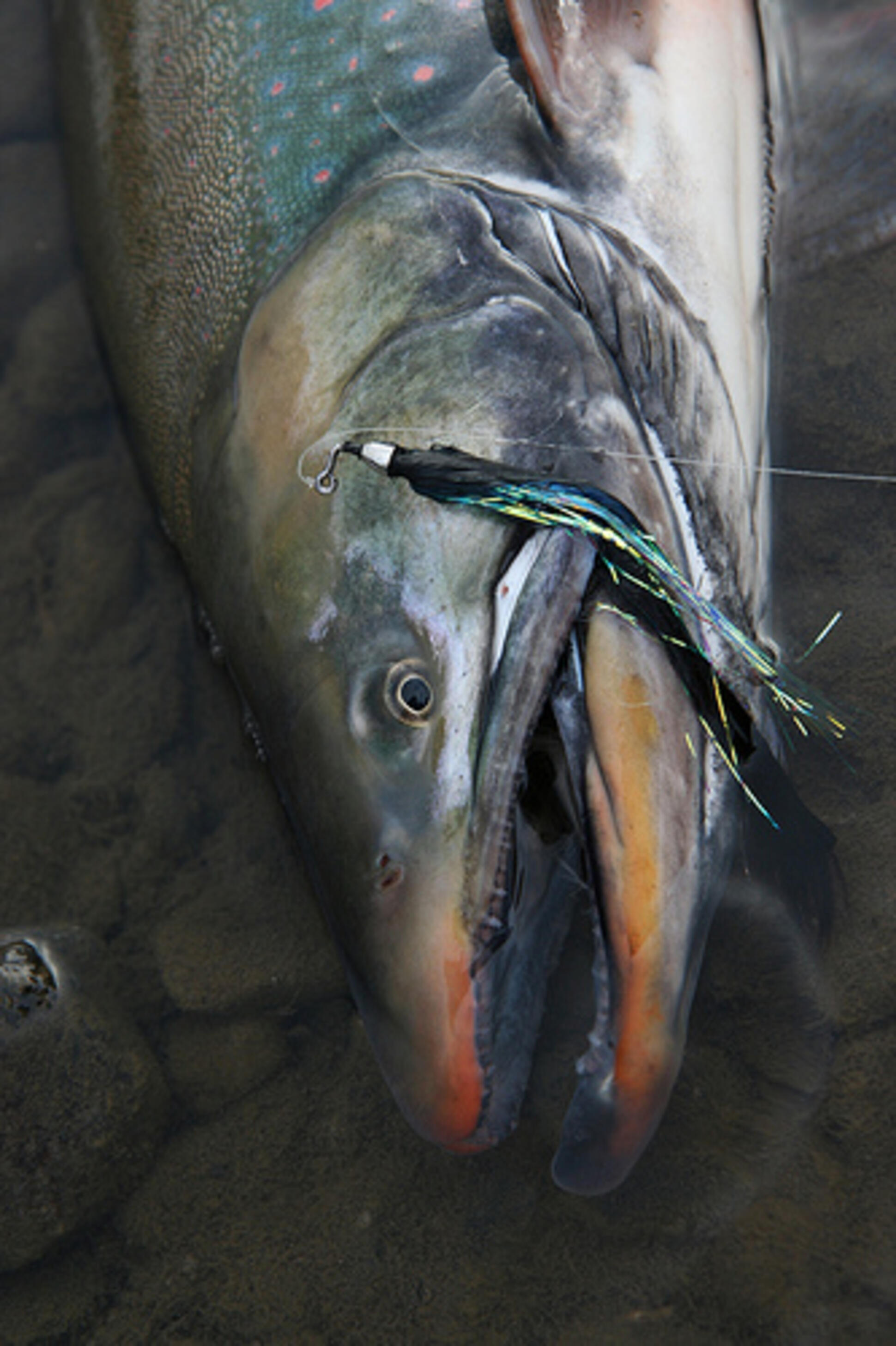 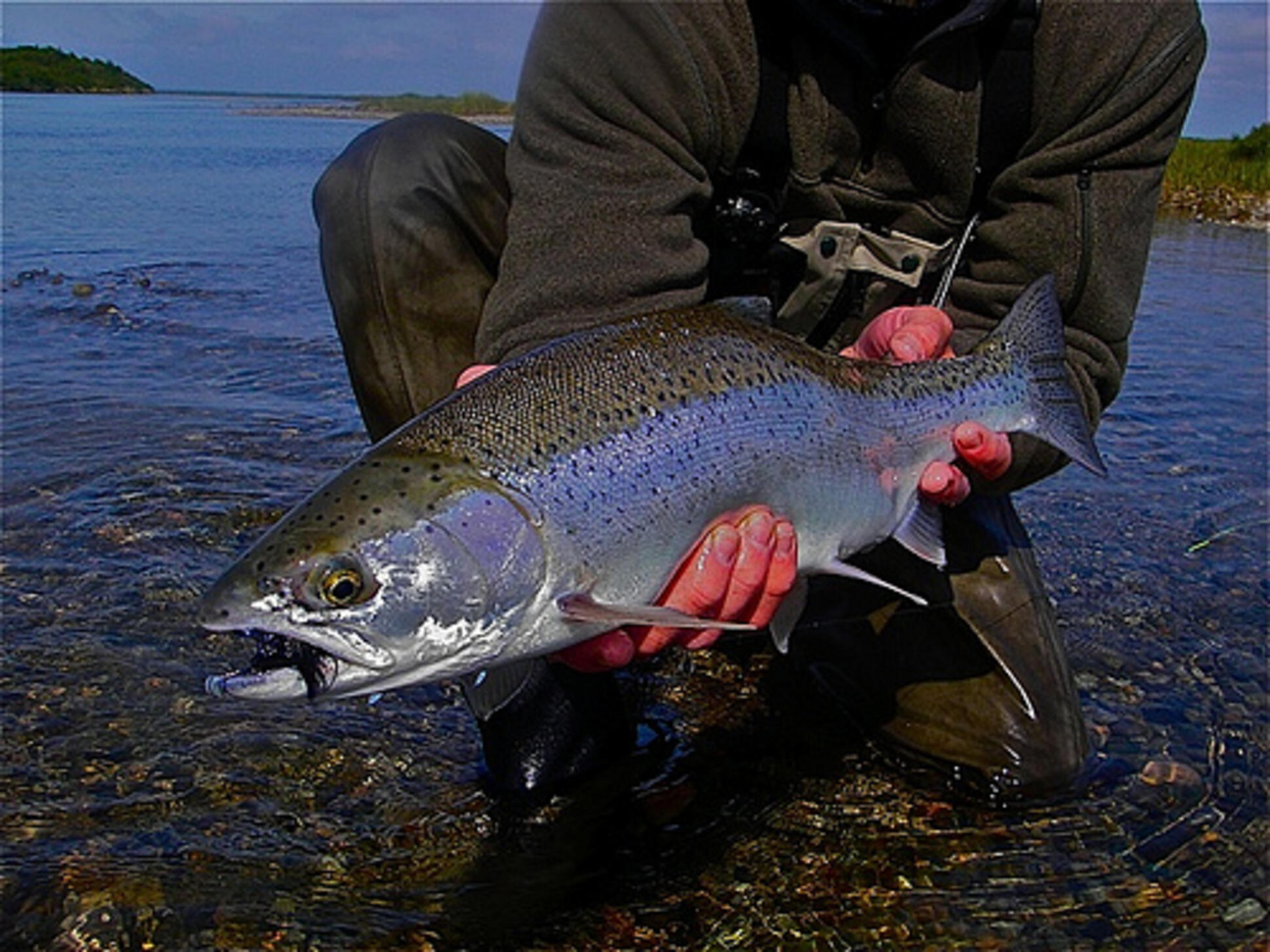 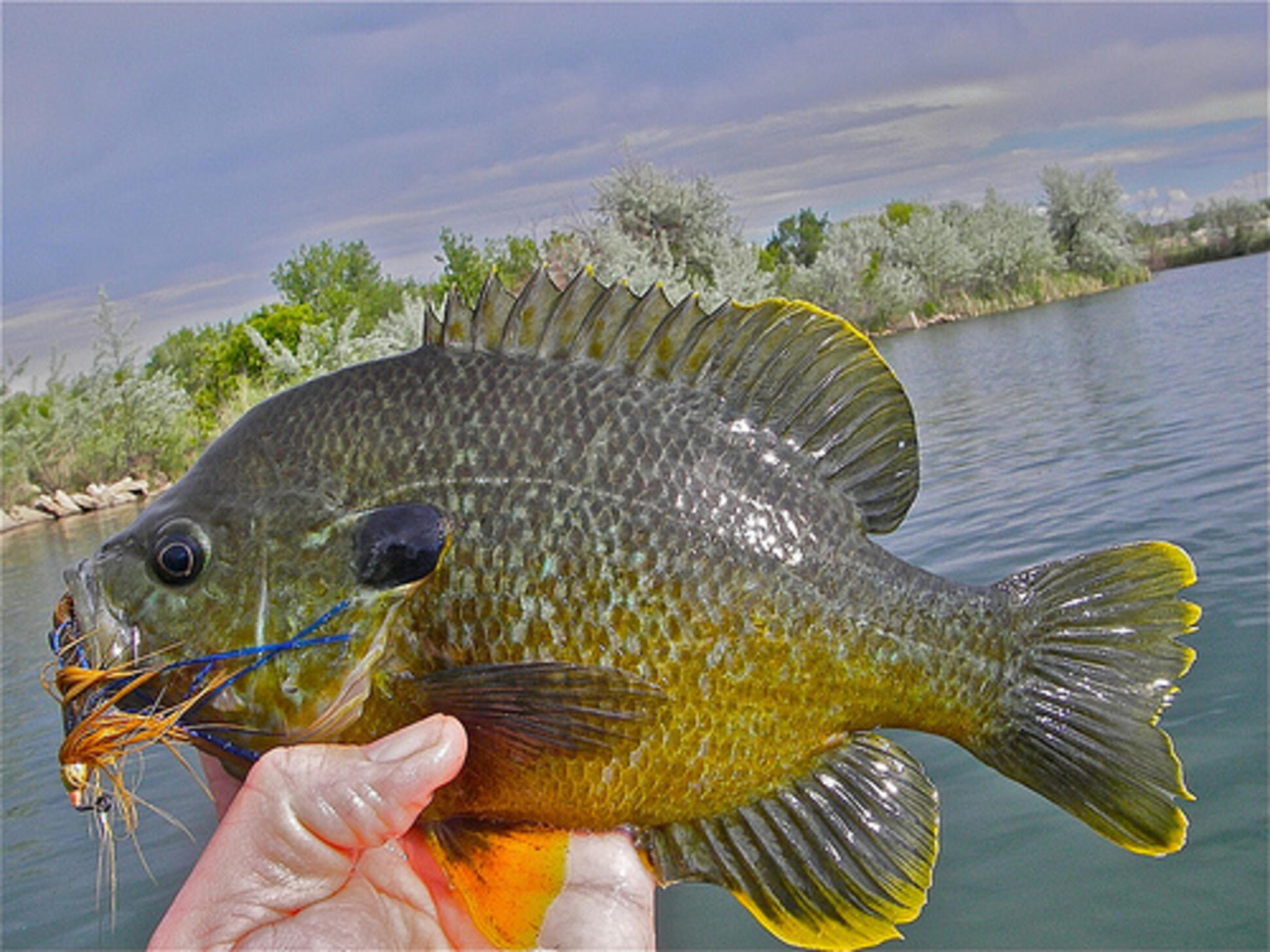