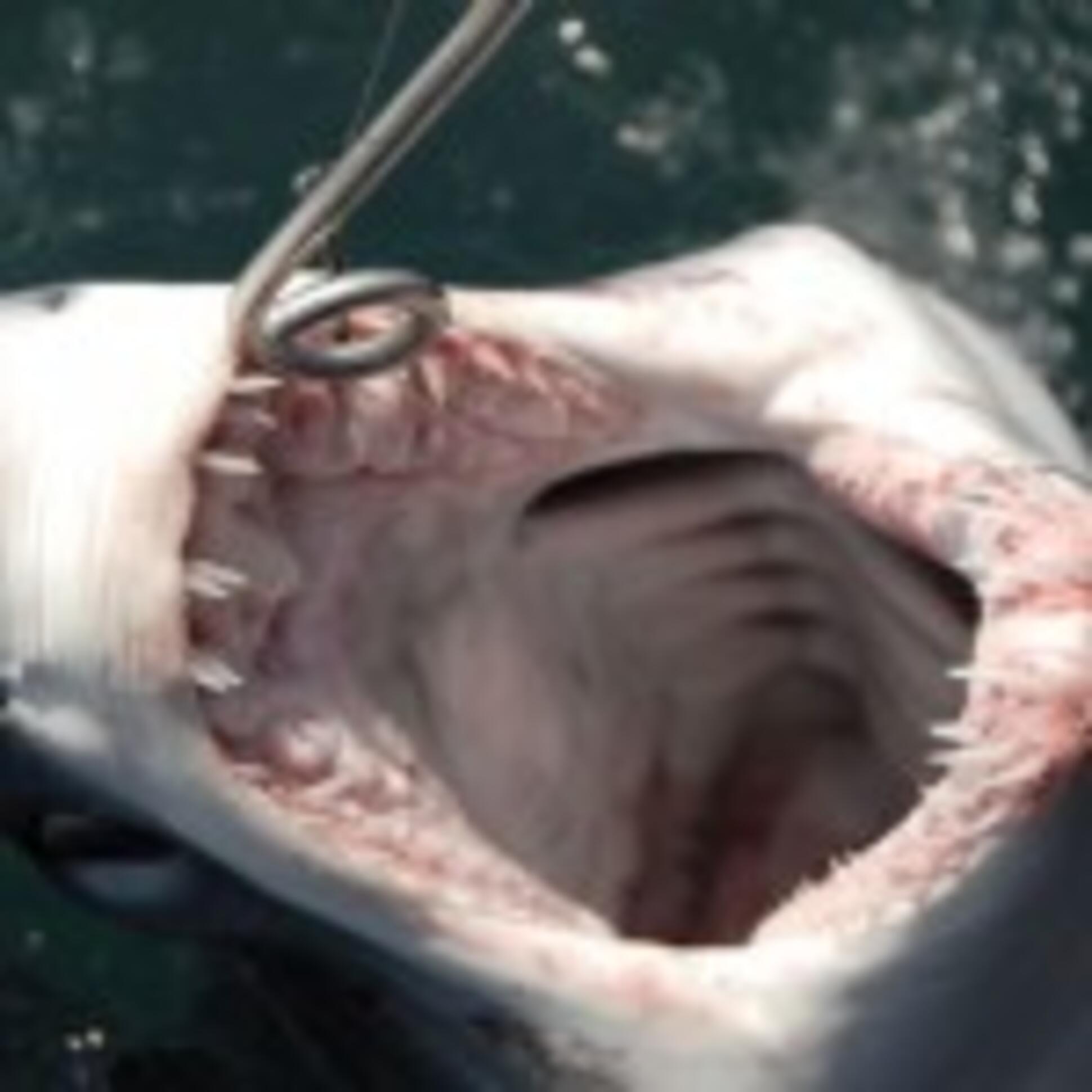 I began fly fishing sharks in earnest back in the early 70’s when I returned to Southern California after a three -year period primarily fishing stripers and blues in the northeast. During one of those northeast winters I made a trip to the Florida Keys where I took my first shark (a lemon) on fly and promised myself that this was a fishery I definitely had to pursue. After making the move my major obstacle was a financial one because you need a sea worthy skiff to effectively access these species. I finally accumulated enough funds and purchased a 20-foot SeaCraft and began fishing Catalina Island on a fairly regular basis.

My inspiration for west coast shark fishing occurred when I met Larry Summers and the late Myron Gregory, the fly casting champion from Northern California. I adopted their technique of chumming with frozen blocks of ground up fish like mackerel, anchovies, and sardines and the effect was magical. It was not uncommon to have as many as 10 to 12 blue sharks swimming around the boat eager to take just about anything you put in front of them. Most were in the 45-to70 lb range and offered great sport on the old style 10-to12 wt fiberglass rods.

But the excitement quotient came off the charts when mako sharks invaded the chum slick. Zane Grey referred to them as the “aristocrat of sharks” and with good reason. These are high-speed predators that have been clocked at speeds approaching the 50- mph mark, fast enough to run down healthy tuna. Looking at the size of their gill slits tells you they are built for speed and their appearance in a chum slick gives you a clue to their character. Typically blue sharks sort of meander their way into the slick and often times you can spot their dorsal fin as they weave their way toward the boat. Makos however seem to suddenly appear and there is no mistaking them for a blue shark. The latter are very slender by comparison; makos are more fully rounded much like their close cousin the great white shark. In some locales makos are referred to as mackerel or bonito sharks, which is attributed to the fact that their diet often includes members of the tuna family.

In Southern California waters the key months for encountering makos is May through October. The two best months are generally July and August. While the population of blue sharks on the west coast seems to have diminished, the mako stock seems to be in good shape. Evidence suggests that the California Bight, an area of deep offshore canyons approximately 20 to 100 miles long spanning the Mexican border north to Point Dume serves as a nursery for this shark. The female will typically give birth to two to six pups that will weigh about five pounds. Nature fully equipped these juveniles to be totally self sufficient from the moment they enter the water column. Occasional catches of makos over the 300 lb mark are recorded off the California coast but most fish that will move into a chum slick tend to range from 20 to 80 lbs. This is great sport on fly gear. With the exception of striped marlin, it is the only game fish in Southern California that can thrill with some spectacular jumps after being hooked.

Despite all the drama involved, this fishery is a relatively easy one to participate in particularly for novice fly fishers, because casting proficiency is not required. Bear in mind that the mako is being drawn to the source of the chum, which is literally right at the boat. Often times a cast that is no more than 10 to 15-feet is all that is necessary to put the fly in front of the mako. You can have an angler that has never handled a fly rod flop the fly to where it has to be. It is in the hook setting and fish fighting phase where the inexperienced will require coaching. As you might expect the mako has a tooth-studded jaw and for this reason the best hook placement will be in the fleshy part of its mouth. Similar to the technique with many saltwater species like billfish and tarpon, the angler should resist the temptation to immediately try and set the hook as soon as the mako attacks the fly. Instead, wait until the fish makes a turn with the fly in its jaw and then make a strip strike simultaneously pulling back on the fly line and sweeping the rod low and sideways. The worst move is the one most often made by novice anglers or those who cannot overcome the sheer excitement of the moment; do not sweep the rod upward. Typically this simply pulls the fly out of the shark’s mouth. Fortunately, given the mako’s disposition, even when this occurs the game is not totally lost because often you will get multiple chances to hook the same fish. If they are aroused by the chum they will often remain in the area and make repeated passes close to the boat.

The tackle setup for mako fishing doesn’t have to be complicated. In terms of the rod and reel combination you obviously want gear that can stand up to the demands of this fishery. Saltwater fly rods in the 10 to 12-wt category in conjunction with 250-yard plus capacity reels with smooth drags will handle most conditions. To get the most backing you can on the reel a good choice is RIO’s Gel Spun in 50 lb. test. For fly lines I recommend the RIO Leviathan in either full floating or intermediate configurations. Everyone can picture shark teeth but what many do not realize is that their dentition is merely a continuation of their skin which has the texture of rough sandpaper. Wire is the only choice for securing the fly but for the remainder of the leader you want a monofilament material that has strong abrasion resistance like RIO’s new Saltwater Tippet. Unless you are bent on tying to establish a record, I recommend foregoing the IFGA’s leader standards. You would only be permitted 12-inches of wire and more times than not that is simply not sufficient to hang on to the fish for any length of time. Most guides and fly anglers are committed to releasing their makos and longer wire leaders make this and the subsequent fly removal easier to accomplish. 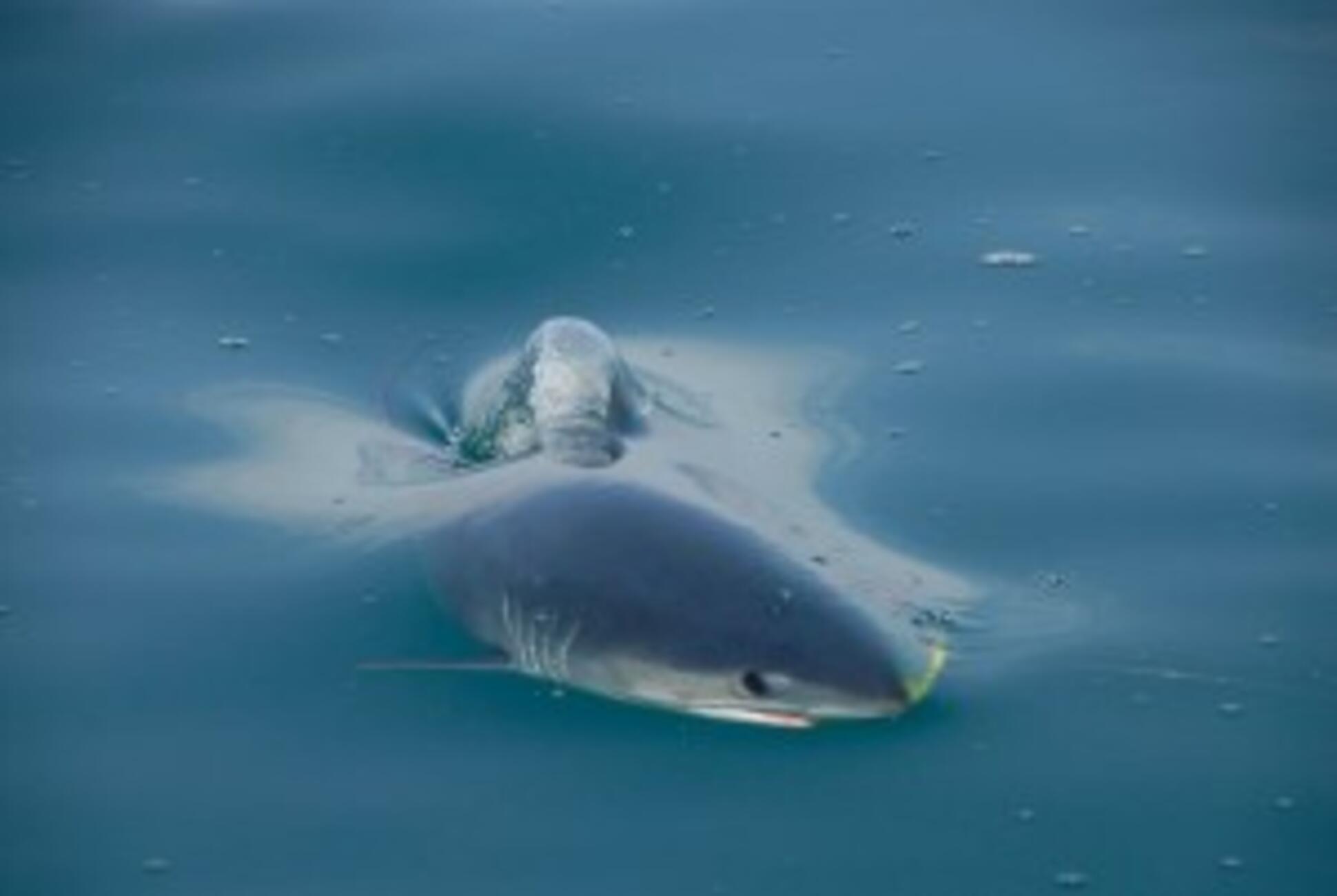