Dispatches from Labrador: You don’t always get what you want, but if you try…

Carter Davidson’s camera’s batteries died at twelve noon in the middle of the George River, an expanse of 60-degree water connecting a series of lakes in the borderlands between northern Quebec and Labrador. It’s water that carries the real possibility of not having seen a human in more than 100 years.

Our small crew of fishermen and filmers had come into the area via several float plane rides and a stretch of miles in dark green double ended canoes to film for a new Gray Ghost Productions project on trophy brook trout and landlocked Atlantic Salmon. Yet, the river had other plans. A summer of rain had resulted in high water throughout the drainage system, the big fish weren’t where they should have been, and after several days of casting with little result team morale wasn’t exactly low, but not quite at banner levels either.

That morning three of us had spent five hours making one cast after another with 150 grain RIO sink tip lines and heavy streamers into a deep slick of water with only one fish to show for our efforts, a 17-inch long brook trout dressed in full clown suit. It was a beautiful fish, but fifteen cumulative hours in one spot can wear on even the most stoic of fishermen.

Shaking off the doldrums I tied on a size 12 Royal Wulff and we started pocket hopping our way upstream. At the first hole on the second cast a 10-inch brook trout took the fly. It wasn’t the trophy that we were aiming for, but it was a strong, pretty fish, and wild as the night is long.

Two more fish came out of that pocket, and though neither were huge they were both big enough and healthy. The next pocket brought a few more fish, the one after a few more. For an hour we moved up the river in that fashion. Come to a pocket, make a few casts, catch a few fish, and move up again. It got to the point where like Babe Ruth we were calling our spots and calling our fish. Twelve-incher top of the pocket left side. Just on the tongue of the white water, fourteen-incher.

In the eddy line to the right of the rock, nine-incher. Carter was filming the takes, the scenery, the trout, all of it. Then when we were ½ mile up from the canoes and the all gear, his batteries died putting us in a situation that as I saw it had two possible outcomes. Either we picked our way back down the river, gathered some new batteries, then came back up, an enterprise that would likely take the better part of 45 minutes, or Carter could put down the camera and start fishing.

Two minutes later, Carter had a rod in his hand, a fish on his fly, and I was hooting like a forest orangutan with a stash of bananas. Sometimes we forget that fishing is fun. We get all wrapped up in catching the big one, or locating the perfect honey hole, and we fail to grasp the magic that happens in the second when a single fish picks the bit of string and hair from the surface and takes off down the river at break neck speed. Here’s to relishing the moment, big fish or small.

The Labrador film project is the brainchild of filmmaker Carter Davidson. RIO is a proud sponsor of the project. 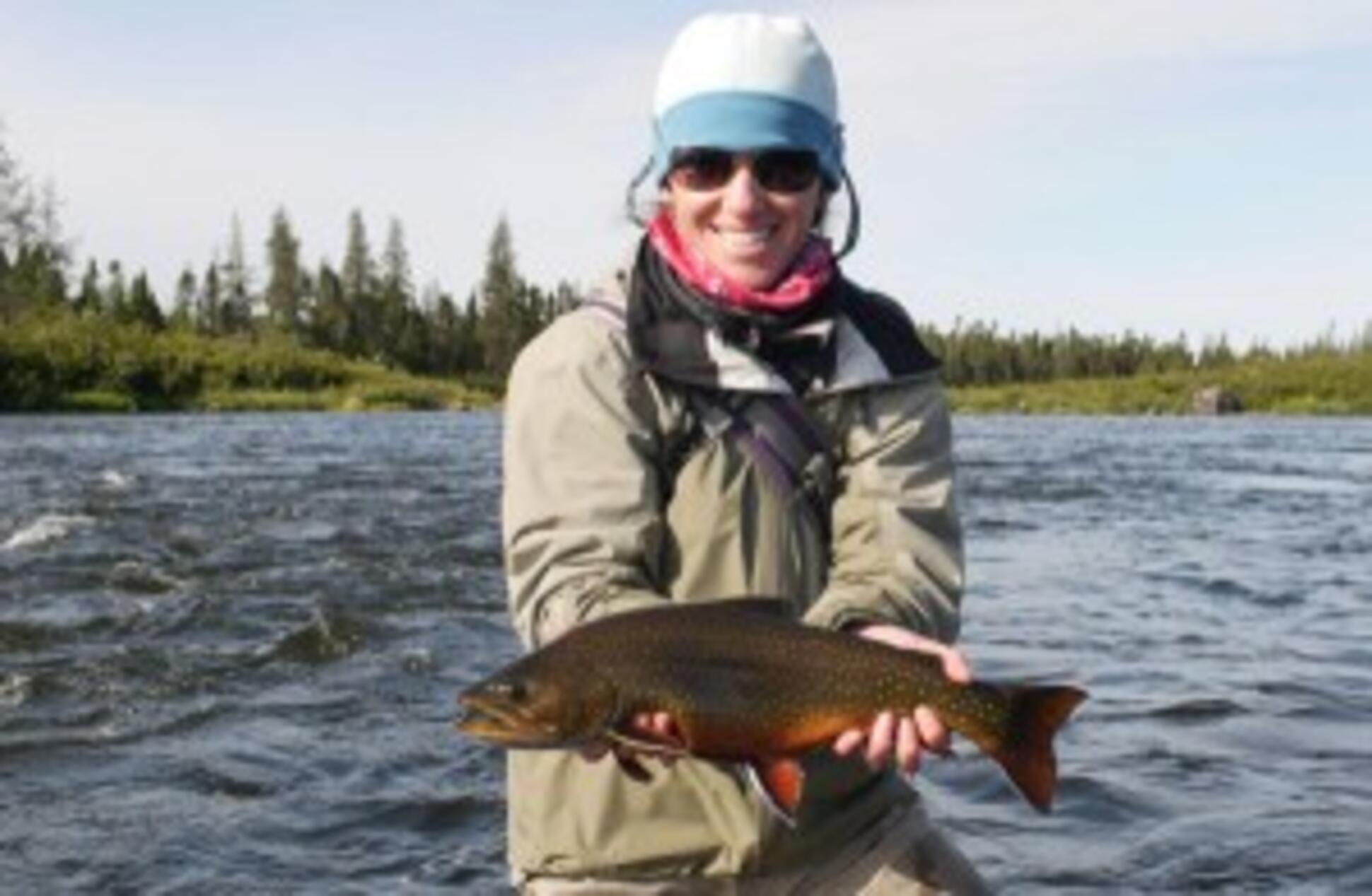 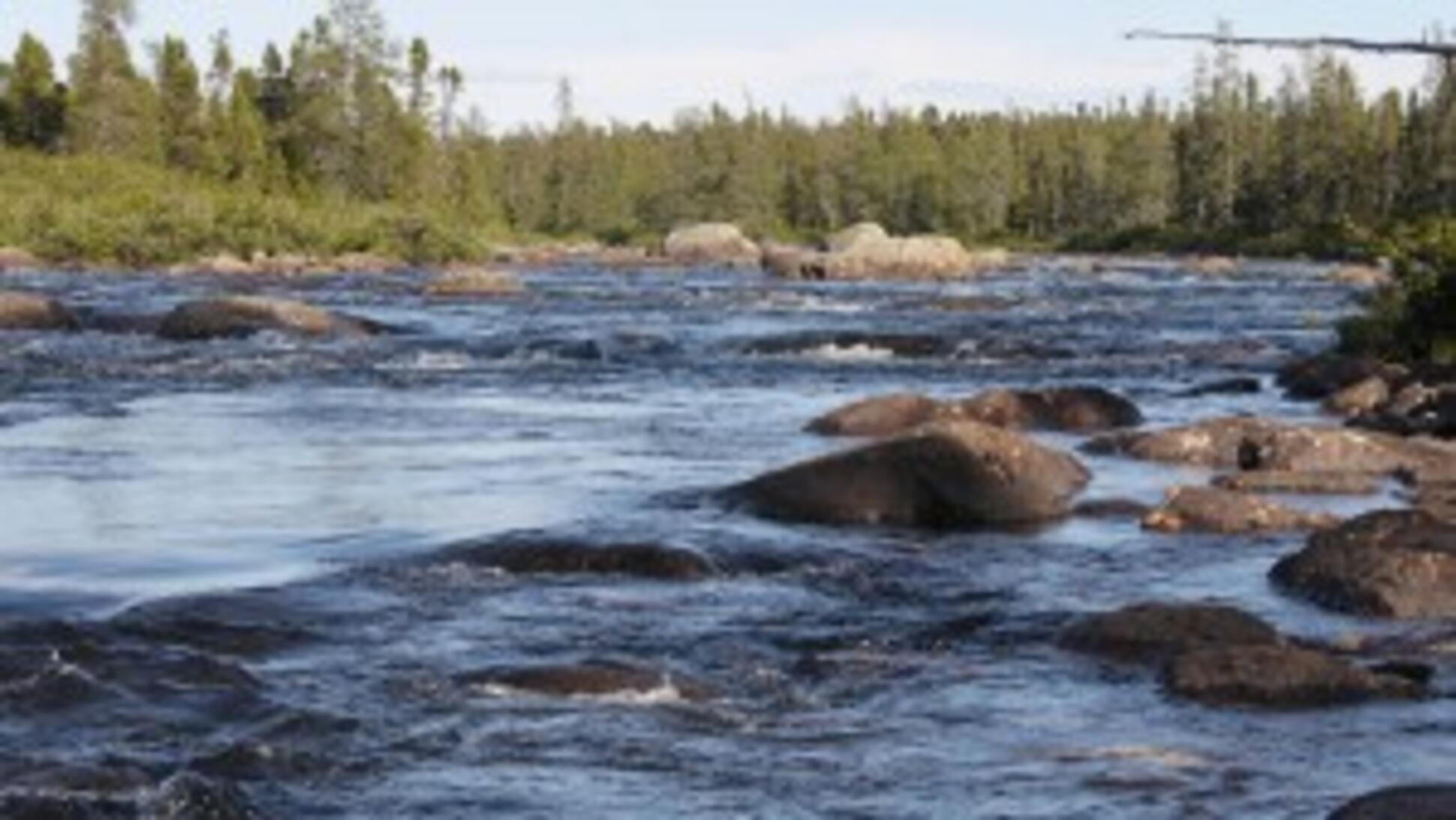 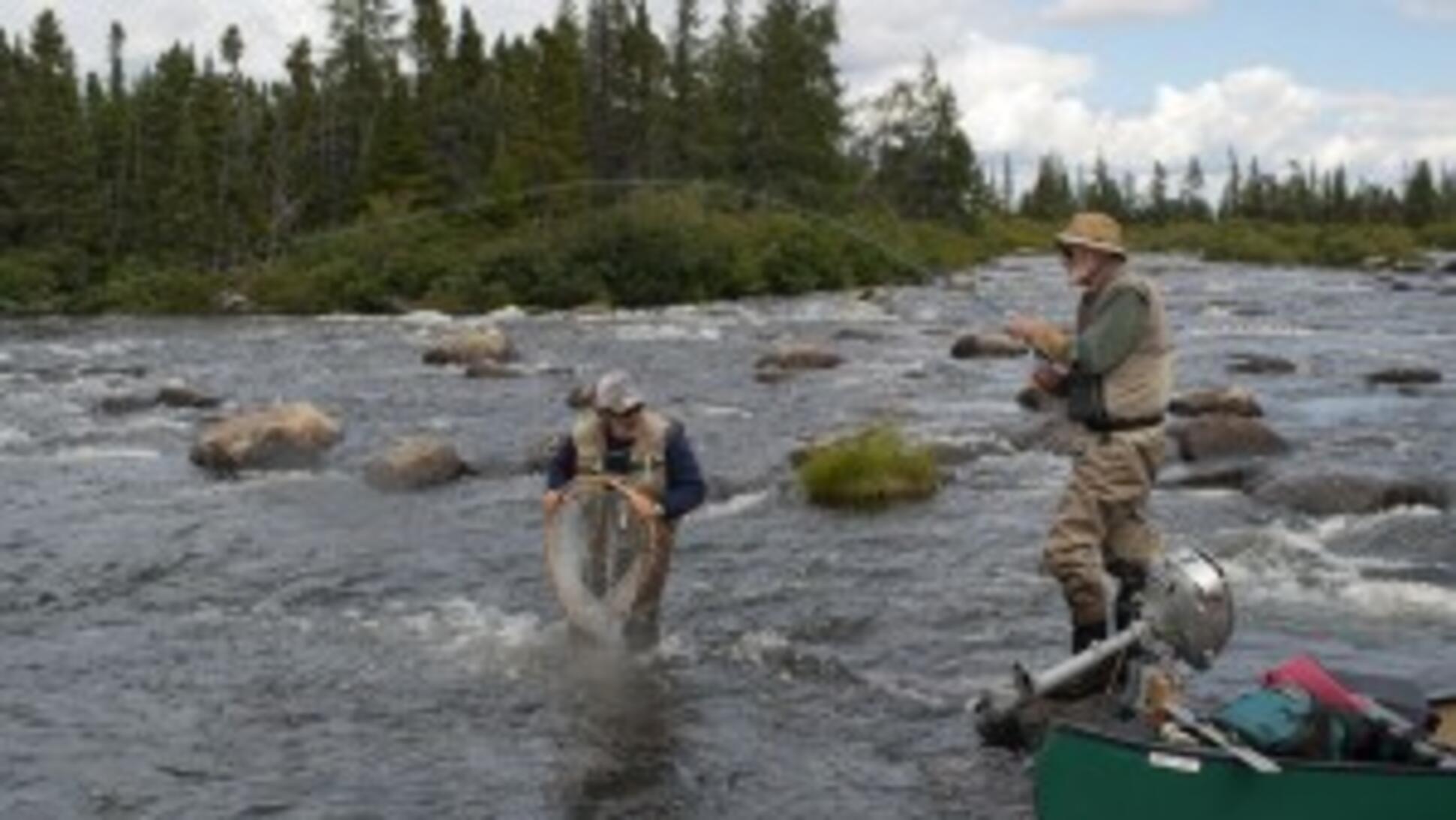