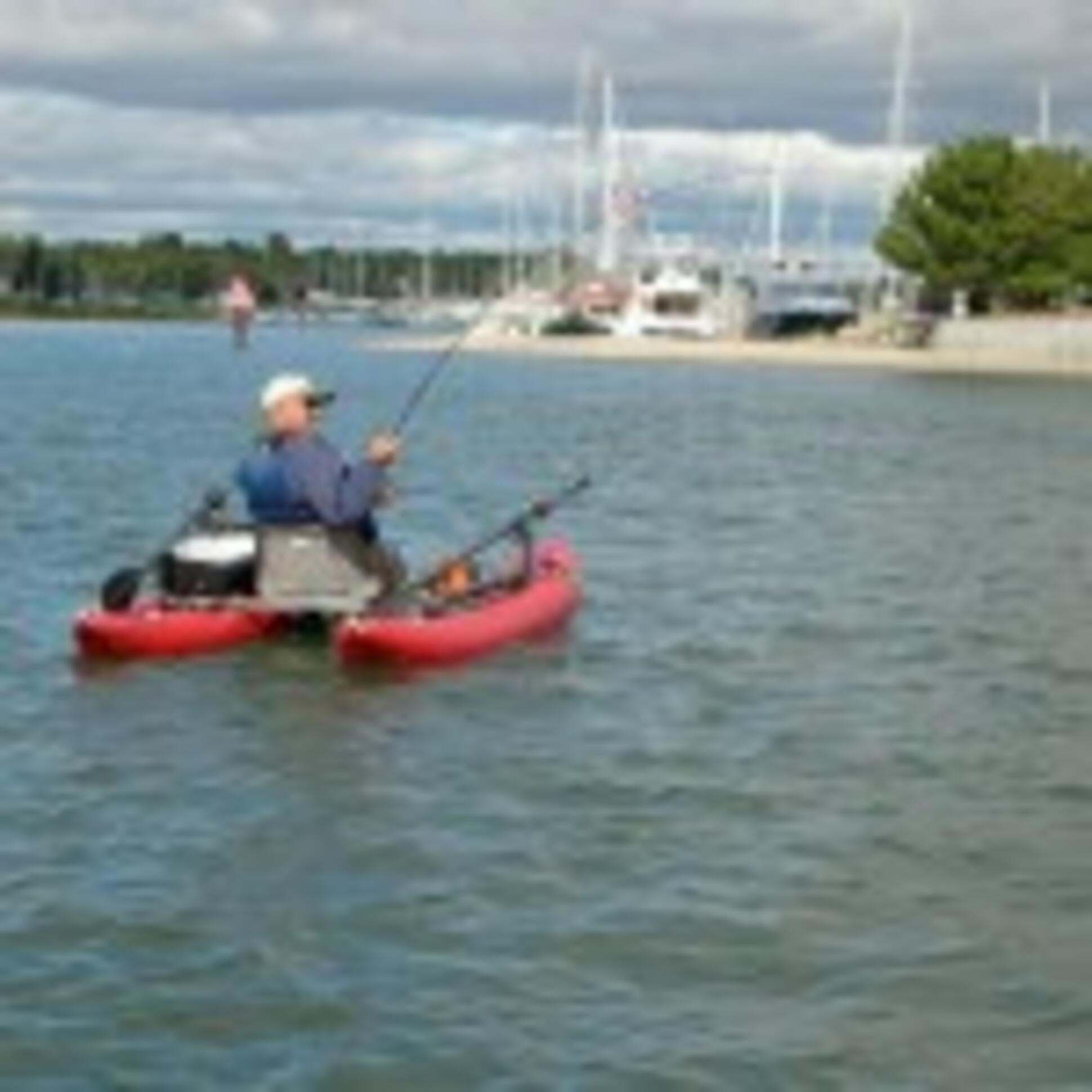 In all my years on the water I think I’ve fished on practically everything that floats from multi-million dollar yachts to paddleboards. Some of my fondest memories date back to the late 1940’s when I first started fishing Western Long Island Sound in heavy wood skiffs with my uncle who was more interested in rowing than actual fishing. We didn’t call it sight-fishing back then, but I remember the tremendous sense of excitement and anticipation I felt when my uncle rowed me into the shallows where I would look for doormat size fluke lying on the sandy bottom. I’m convinced that the absence of obtrusive engine noise allowed us to glide over these fish without spooking them.

In the late 1970’s in Southern California I started fishing from a float tube. The late Harry Kime was the first person I knew who used one in Baja in the Sea of Cortez. Harry told me the story of being pulled almost a mile from shore by a big yellowtail that inhaled one of his “Tutti Frutti” flies. He became concerned when he realized he was being towed further and further offshore. He couldn’t break the fish off because every time he reared back the float tube shot forward like it was attached to a giant rubber band. He finally managed to pop the 15-pound tippet by wrapping the line around the reel, and yanking back on the rod while kicking frantically with his swim fins. There have been many recorded shark attacks since then and I don’t recommend this for salt-water environments.

Since around the mid 1990s kayaks have become one of the most popular personal watercraft for all classes of anglers. They are affordable, easy to transport, virtually maintenance free, and can provide a fairly extensive fishing range. Similar in concept, but even more barebones are paddleboards designed for what is referred to as Stand Up Fishing (SUP). For fly anglers at least they are the latest rage in personal watercraft.

A fourth type of personal watercraft, and the one I’ve used the most in saltwater is the pontoon or kick boat. It has most of the advantages of a kayak, with the added characteristic of incredible stability. In addition, one feature I really like is that when using fins for propulsion both your hands are free for fishing.

With perhaps the exception of the stand up paddleboard, most of your fishing from these watercraft is going to be from a seated position. Unfortunately for a number of fly fishers casting from this position poses quite a challenge. It is primarily due to the fact that the lower body is taken out of the equation and one cannot shift weight from one foot to the other during the sequence of the back cast followed by the forward cast. Using one’s lower body definitely facilitates casting particularly when trying to execute long distance presentations but very good casts can nonetheless be made from a seated position. The most obvious way to overcome this is to practice casting in a chair and to bear in mind the fact that the proper casting stroke is the same regardless of whether you are standing or seated. Using the double haul, proper timing, and smooth execution of the speed up and stop stroke will result in efficient casts with a surprising amount of distance.

Aside from practice, choosing the right fly line can also make a big difference in one’s ability to cast while seated. Almost invariably the one factor that is on most angler’s minds in a discussion of casting is distance. Too often however the concern is misguided. Accuracy and presentation can often prove more important than pure distance. In addition, just as is the case with any type of boat, when fishing from one of these aforementioned personal watercraft, the distance factor becomes less important because you can close in on your quarry. Rowing, paddling, kicking with fins, or using an using an electric motor makes for a much more stealthy approach than running an engine so you can get even closer to your target.

With this is mind one of my go to fly lines for this type of fishing is the OutBound Short. Yes, you can make long distance presentations with this line when the situation demands it, but most useful and practical is the fact that its compact taper design easily loads the rod without having to carry long lengths outside the rod tip. For any given situation the less line you have to carry outside the rod tip the easier it is to manage and this is especially the case when casting from a seated position. It’s available in enough configurations to handle just about any condition you’re likely to encounter.
A second fly line you want to consider for these fishing situations is the Versitip II. Fishing from small personal watercraft is somewhat akin to wading where room for extra gear often becomes a consideration. Space is limited on these craft and it is often impractical or just too cumbersome to tote along an additional outfit or even an extra reel. This is where the Versitip II system really shines. The quick interchangeable 15’ tip sections allow you to quickly adapt to changing conditions. By simply unlocking loops you can quickly shift from surface presentations to probing down in the water column. The tips pack easily in a vest pocket and you can make all the changes you need without ever having to try and stand and re-rig.

If you tire of wading, have a desire to cover more waterfront, or want to forego the expense and maintenance time involved with larger boats consider one of these types of personal watercraft. 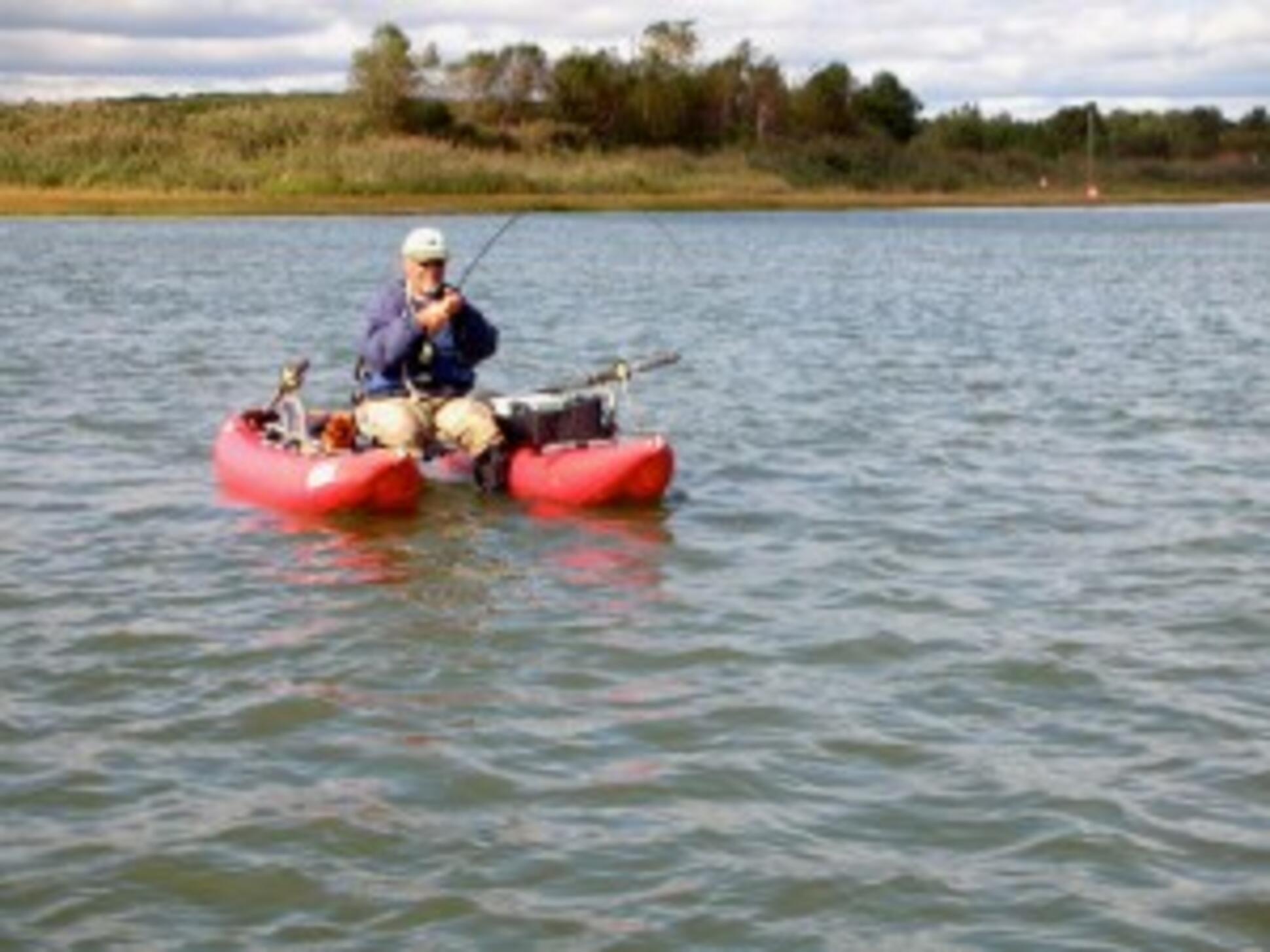 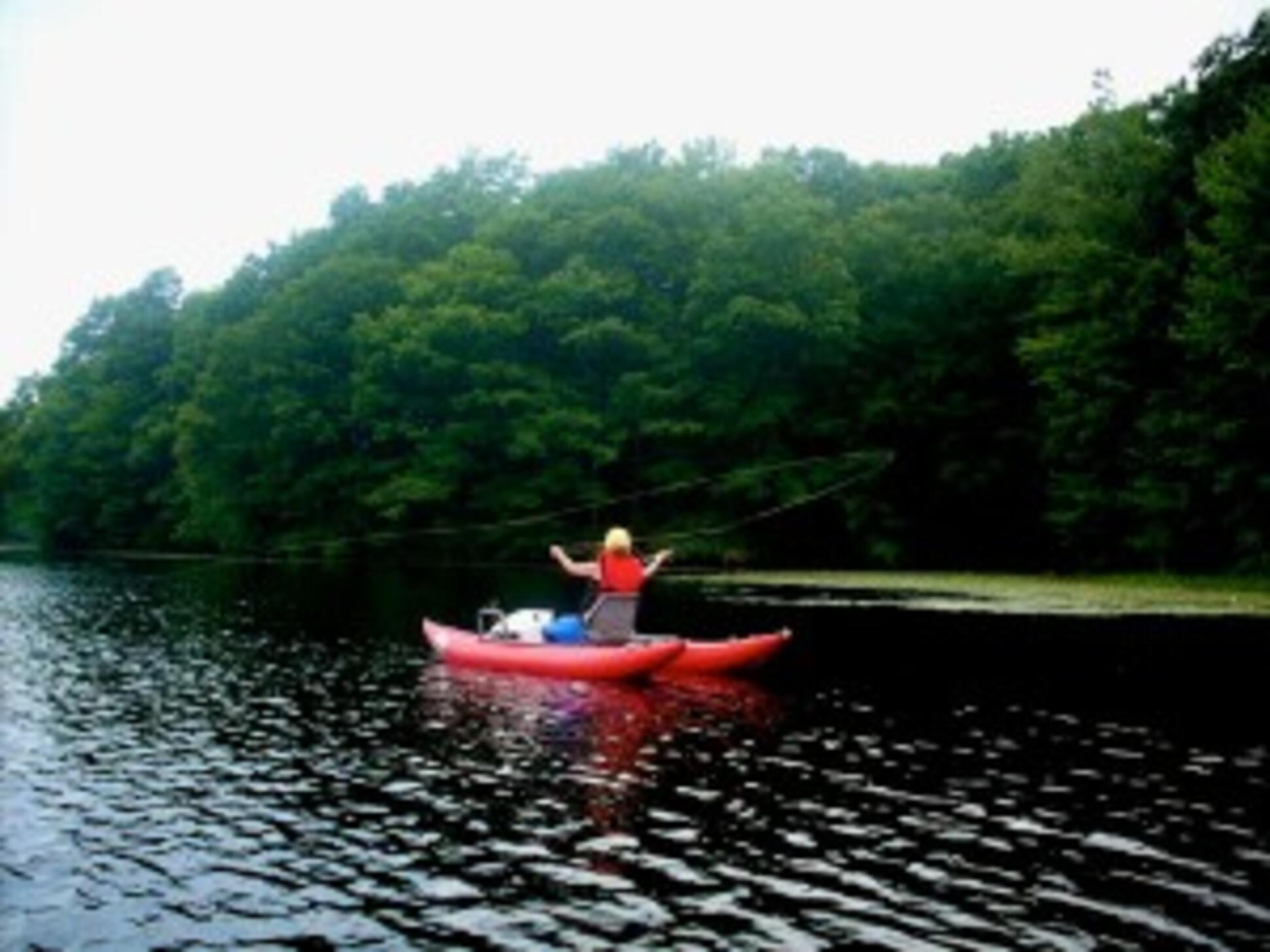