Three days on the Grand Ronde, fishing and floating lazily down from Schumakers to the mouth.

Zack, Simon and four friends Putting in at Schumaker....(Steve Choate, Marty McLellan, Steve Roberts and Marc Talyor) spent three days on the Grand Ronde, fishing and floating lazily down from Schumakers to the mouth.

The weather was surprisingly mild for that time of year, with temperatures above freezing most of the time – a great boon when camping! It rained the middle day of the trip, but was otherwise dry and sunny.

Zack started the trip off right by hooking three fish in the first evening in a run just above the elbow pool before the trip had even started, all on the new steelhead scandi line, fished with a 10ft 5.6 ips versileader. He also finshed the trip on the last evening with another fish in the same pool with the same rig

On the first day of the float Marc Taylor started the ball rolling with a nice fish in the first pool the gang stopped at. This fish was about 30″ and a great specimen from the Grand Ronde. Simon then got into Simon with his first fish of the tripthe action with a fish from the same pool, and by the time the evening descended on the group, each angler had landed at least one fish, with a total of 10 fish to the beach by the end of the day.

Steve Choate found a great campsite for the group and we stayed there for two nights; fishing around camp all day the second (rainy) day. The second day was also a successful fish day, with everyone hooking a fish on day 2 as well (though not all were landed)!

On the final day of the trip, the float out to the mouth was less successful in terms of fish, but through some of the most incredibly scenic country that has to exist. A few steelhead were picked up in various pools on the way down, and Simon hooked and landed an old Chinook, but the best of the fishing had been left behind. 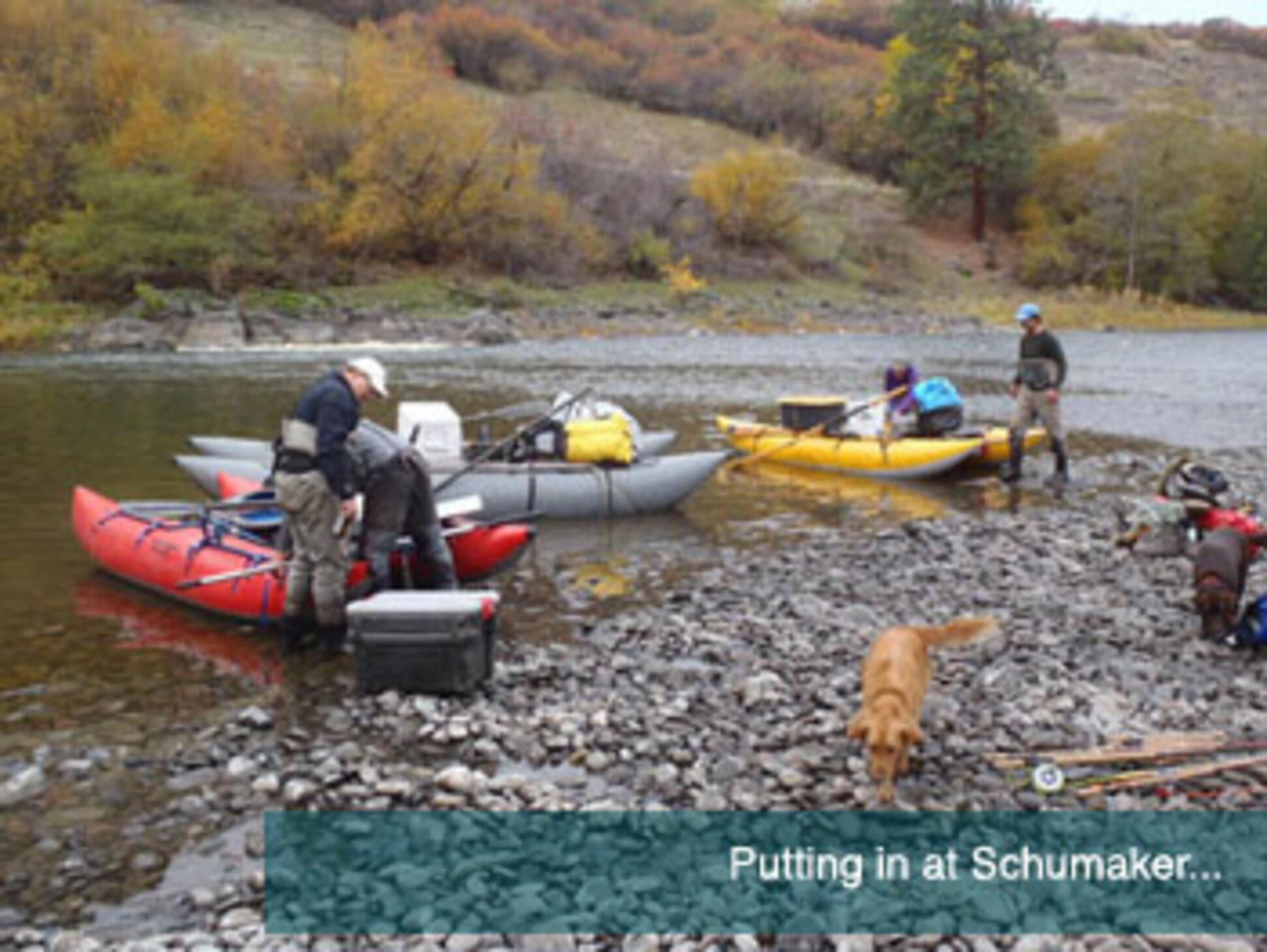