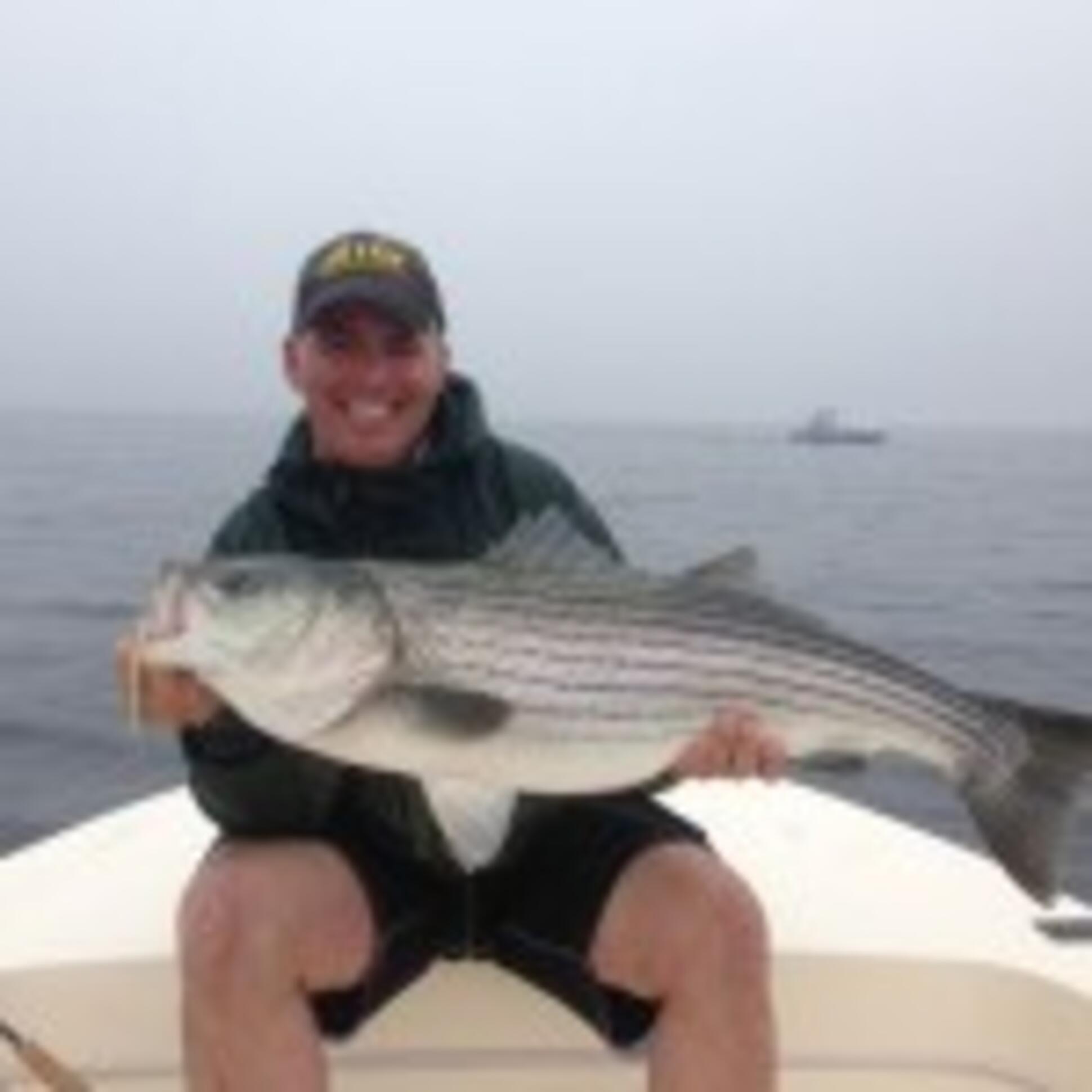 To the majority of fly fishers out there I am only a trout angler. However, I have spent nearly as many hours fishing for striped bass, mostly with conventional tackle, with a few attempts at catching them on the long rod. That was until my good friend and guide Chris Jackson invited me to go fishing for striped bass right off of Chatham, Massachusetts, which is located right on the elbow of Cape Cod. The Atlantic Ocean around “The Cape” is extremely fertile. It attracts hundreds of migrating birds, Great White Sharks, seals, various whales and other sea life. Anglers come from all over the world in search of the legendary Bluefin Tuna, Bluefish and coveted Striped Bass, which this piece of land and surrounding waters are famous for.

This fishery is quite unique based upon the seasons. In the spring striped bass, which are migrating north, are found on flats eating mainly sand eels and are taken by sight fishing with floating and intermediate lines. The action is incredible for some large fish, some of which are in excess of forty pounds, which is a top end fish for a fly angler.

However, during the summer months the water warms in these tidal flats and the striped bass and bait that they feast upon seek deeper cooler water of the ocean around Chatham. This location is where a good portion of the population of striped bass on the east coast spends the summer before heading south during the fall to their wintering locations. 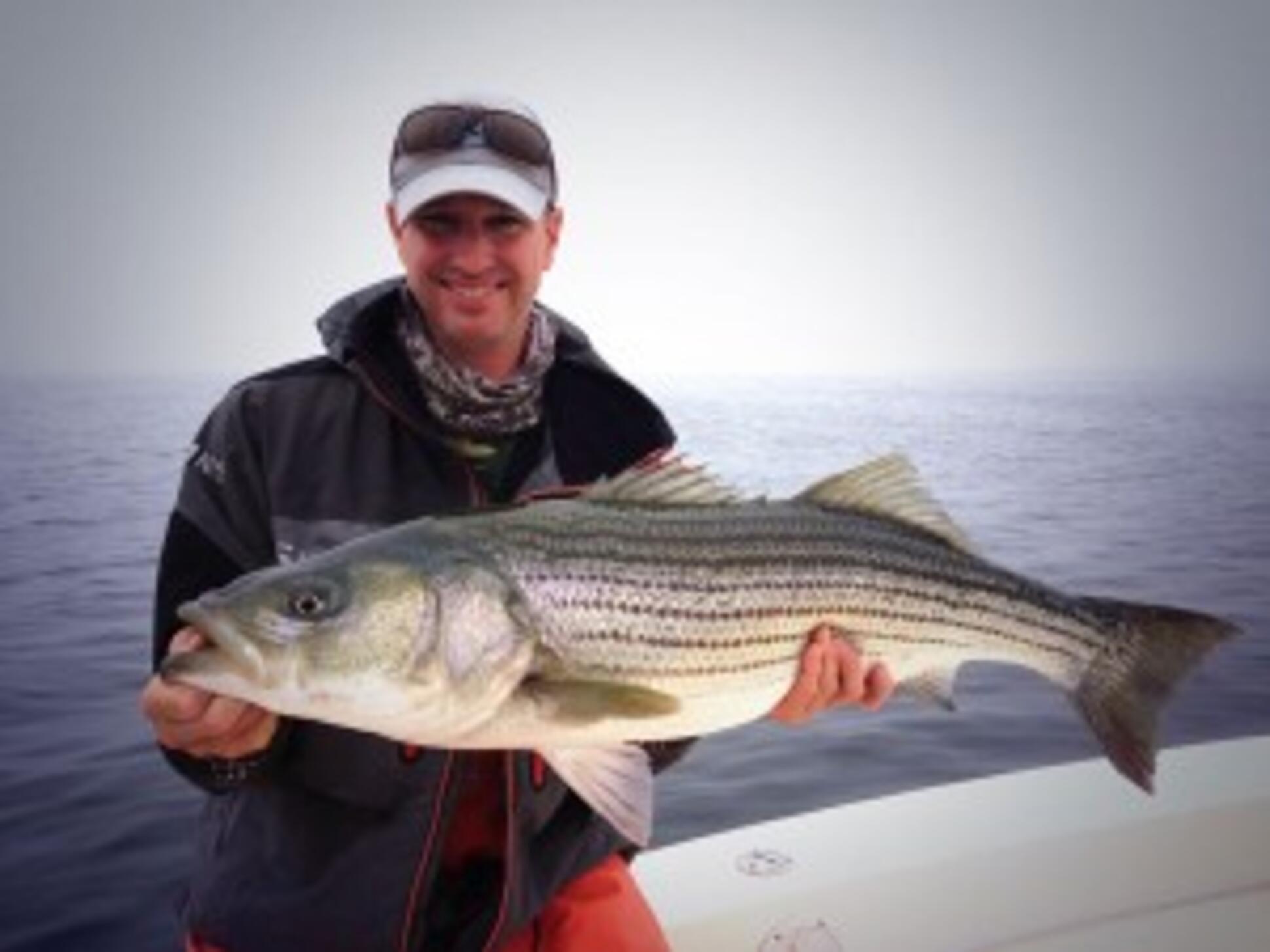 There is one major obstacle during the summer for fly anglers. The fish are frequently found in anywhere from twenty-five to fifty feet of water. This is not the same scenario as Montauk where there are migrating fish feasting on bait on the surface, which causes all out blitzes of fish. Without good electronics one might not even think there are fish there. However, there are some days seemingly there by the millions. Because it is a deep water fishery even the best of captains abandon the long rod in favor of diamond jigs, which are deadly effective on these fish, which are holding deep.

Through experimentation we found two distinct lines that enable a fly fisherman to present their sand eel imitations to the bass at the depths in which they are feeding. We used to attempt to catch these fish using RIO 350 grain Striper lines. However, we have found that when the tide slows up the RIO Striper line in a 550 grain configuration is ideal for getting the flies down to depths of up to forty feet. We team this line up with a 12 weight Xi3 and it is a joy to cast. Even though a 12 weight might seem to be a bit much for striped bass, keep in mind that many of these fish are in excess of 15 pounds and are well fed due to the super abundant food source and cold water environment that they are in. 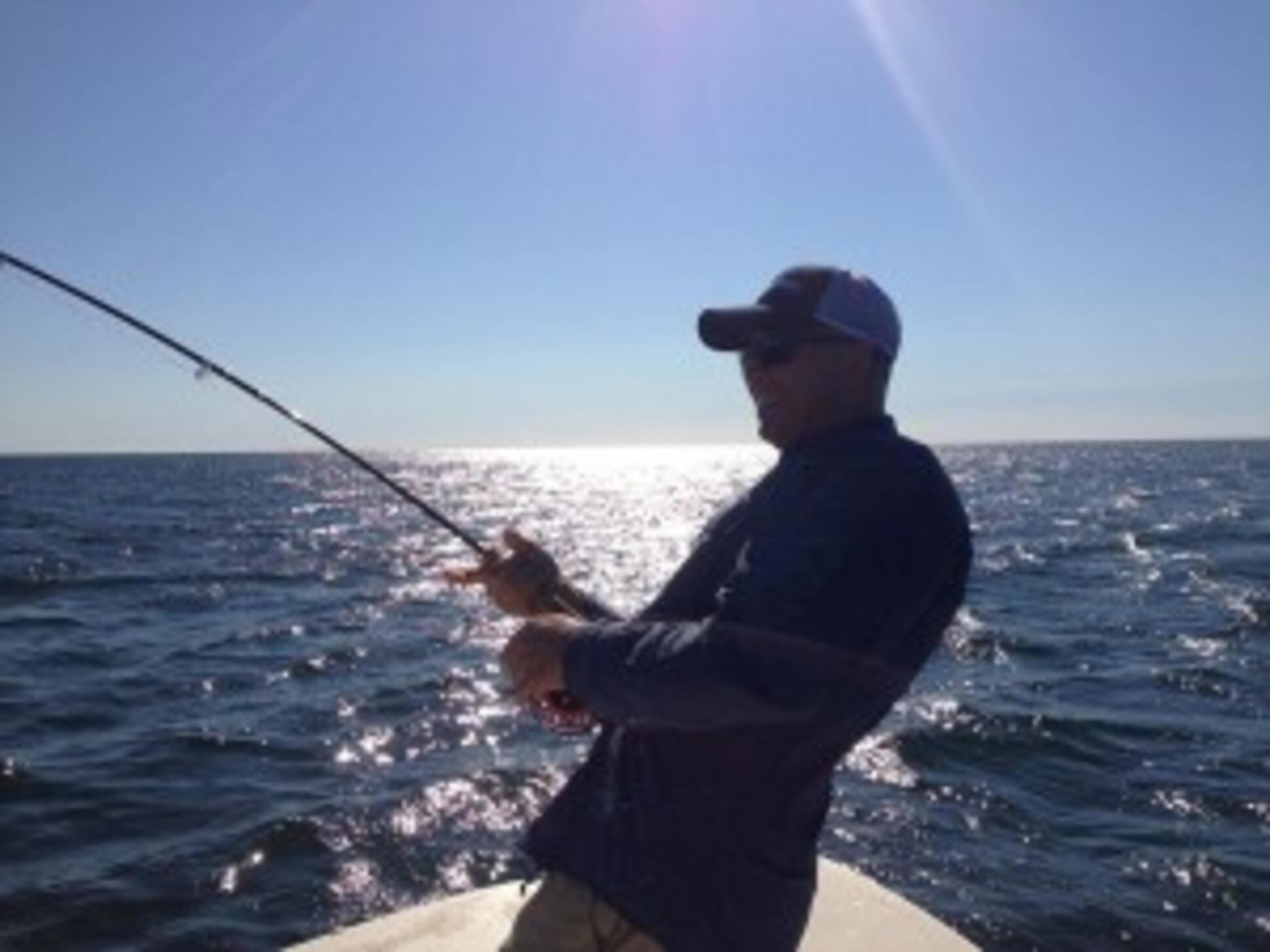 The second, more specialized line is a 50 foot head of T-20, which 1,000 grains. The running line is 50 pound RIO Slick Shooter. This combination allows your flies to be fished at depths of up to fifty feet depending on the speed of the tide. While this might not be the best casting fly line I have ever used, its effectiveness outweighs its awkward casting.

When presenting flies with these heavily weighted lines, stand in the bow of the boat and cast the line up current from your position. The first thing you do is make a mend in the line just like trout fishing. This takes the tension off of the line and allows the line to sink with the current. As the line passes the boat feed line out if there is a need to achieve greater depth. The only time there is a need to change presentation methods is if the fish are shallower than 30 feet of water and there is bird play. When this is the case, make the cast, count to ten slowly and begin your retrieve. This puts your flies in the zone. However, when the fish are in deep water and you are using the 1,000 grain set up there might be a need to feed out the entire running line before stripping the line back in. This is especially important when the fish are ultra deep. 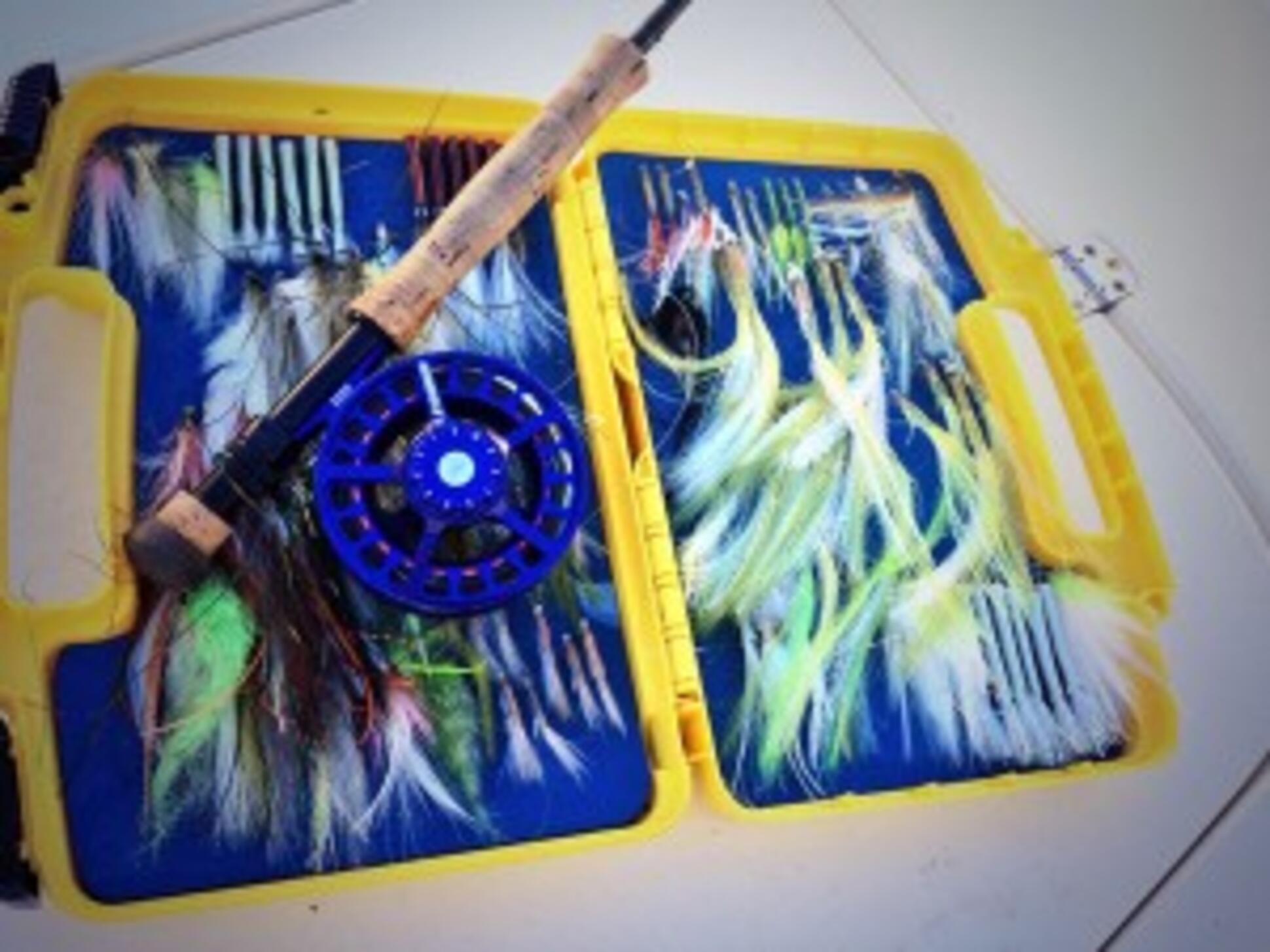 The next time you think about switching to light tackle and diamond jigs for striped bass, think out of the box and try these “unorthodox” techniques. They worked well for us through experimentation this summer and they may well work for you. Sometimes you have to break from the norm to make something work and this is one small example that pays off big. 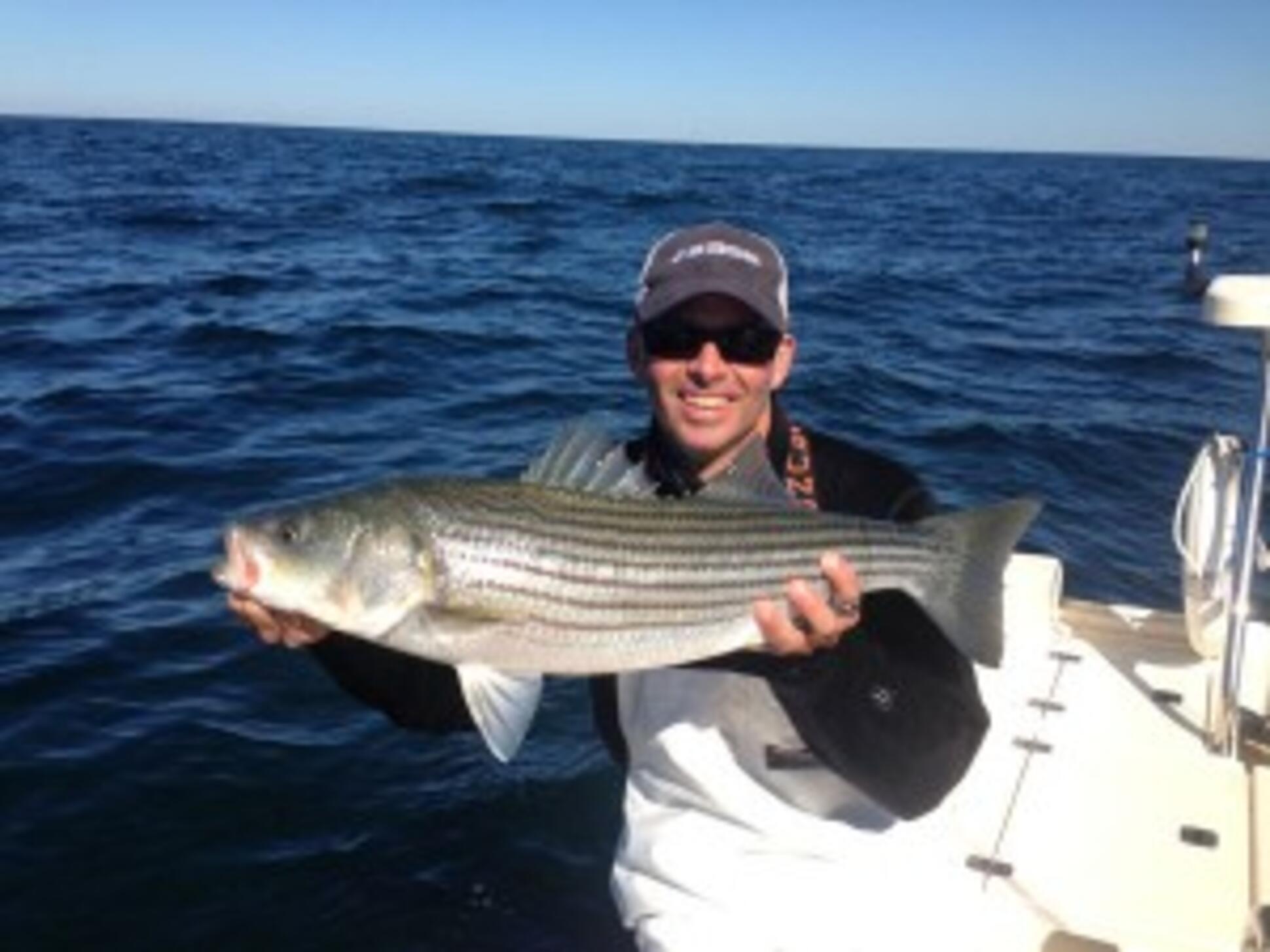