In this post, Capt. Sarah Gardner recalls an an usual, but fun and rewarding, experience of fishing for tarpon at night in the Florida Keys.

As big fish fanatics, the opportunity for RIO Tarpon at night 3 Brian and I to catch tarpon in the Keys this April with Capt. Jake Jordan was irresistible, even if the fishing method was a little unusual. Staking out for tarpon is considered the ultimate in sight fishing, but we were to be doing our casting after dark. By taking our eyes out of the game, tarpon fishing went from an elegant pistol duel to being jumped in a dark alley. Brute strength became more important than accuracy, calm demeanor and speed. Brian and I were so excited that I had visions of two blindfolded kindergartners hacking away at a piñata.

Fishing after dark is an unusual experience no matter what the target is. It was a spooky, almost lonely feeling to pull way from the dock in the middle of the night. Just getting to the fishing spot was a challenge that I wouldn’t have thought twice about in daylight. We soon reached a RIO Tarpon at night 4channel where wind against tide created whitecaps that I could see, even in the dark. Soon we crossed under the bridge with cars thumping above. As Capt. Jake scanned the pilings with his light, I noticed the outgoing tide cranking past the hard cement columns, marked with fiberglass scratches. Even in daylight working around these pilings with such a swift current would be hairy.

As we tucked into the protected flat, I took my place at the stern of Capt. Jake Jordan’s boat. I always prefer casting from the back of the boat, but at night his GPS unit became my surrogate eyes. On his machine I could see the how the boat’s drift related to land, bridge and channel drops. My discomfort faded further as my vision adjusted to car lights on the bridge, campfires and sailboat mast lights. Throwing back casts with a 12 wt. was a lot easier in the dark then I thought, but I RIO Tarpon at night 5 attribute this to a RIO Tarpon Line. It loaded the rod quickly and turned over the black tarpon bug so easily that “blind” casting was a non-issue.

Within a few minutes of starting our drift we experienced the first explosion. Literally! A UFO sighting followed it that soon was confirmed as a tarpon when Jake’s lamplight caught up to it during another jump. Then came the run – 250 yards worth. (I’ve caught big tuna and plenty of big Pacific sailfish and neither took line like this tarpon.) Jake started the motor, Brian reeled in his rig, while I scampered up front and prepared to reel my butt off. While I cranked, Jake skillfully maneuvered the boat and followed my backing with his light. We got to the fly line and popped the leader on this incredible six-foot long fish just before she entered the bridge’s danger zone.

Not all fish were so obliging. On the first night, a monster ‘poon peeled off several hundred yards of Brian’s backing and used the bridge pilings as knitting needles, before we could catch up to it. Surprisingly, the fish broke the class tippet, not the line or backing which we retired for the evening, because we suspected damage that we could not see. In the morning we found the backing to be badly frayed, but the RIO Tarpon Line was unscathed and it was returned to duty that evening.

After three nights of steady tarpon action, Brian, Jake and I became a well-oiled team, jumping almost forty and leadering 19. We had countless bites that that didn’t result in a hookup or jump. But, I hate to think of this fishery as a numbers game. The tarpon became bolder and were much more interested in eating in the dark. The “choke” factors were also reduced when we couldn’t see fish. Accuracy, angles, distance, wind and moving targets were no longer issues. By making a shorter cast and letting the fly drift with the boat, we could concentrate on feeling for the amazingly light bite then making good hook sets. While we left the Keys lacking in sleep, we took home greatly improved fighting skills that could have taken years to perfect in the day. I will never forget hearing the explosions or screaming drags as we danced with tarpon in the dark. 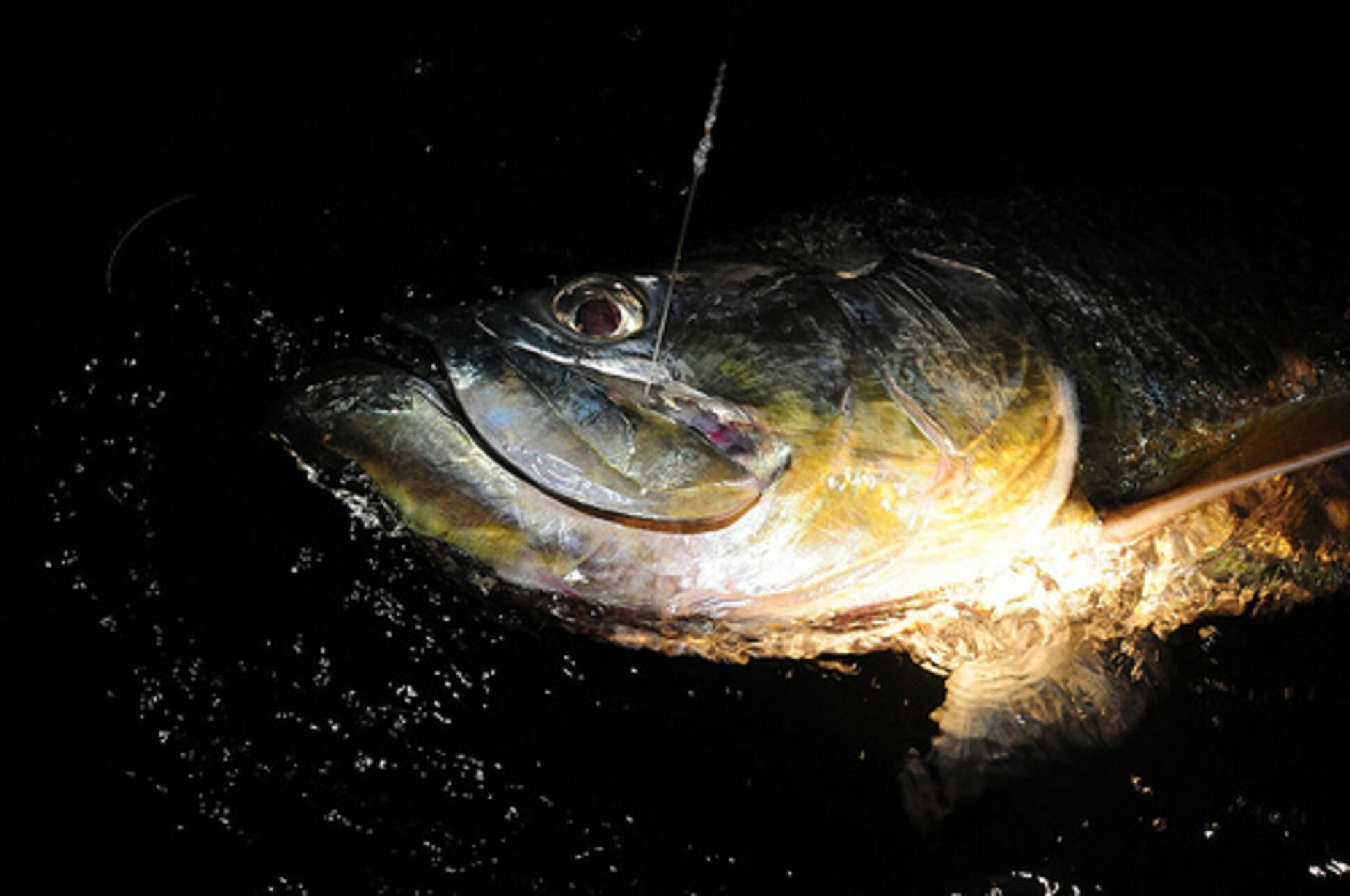 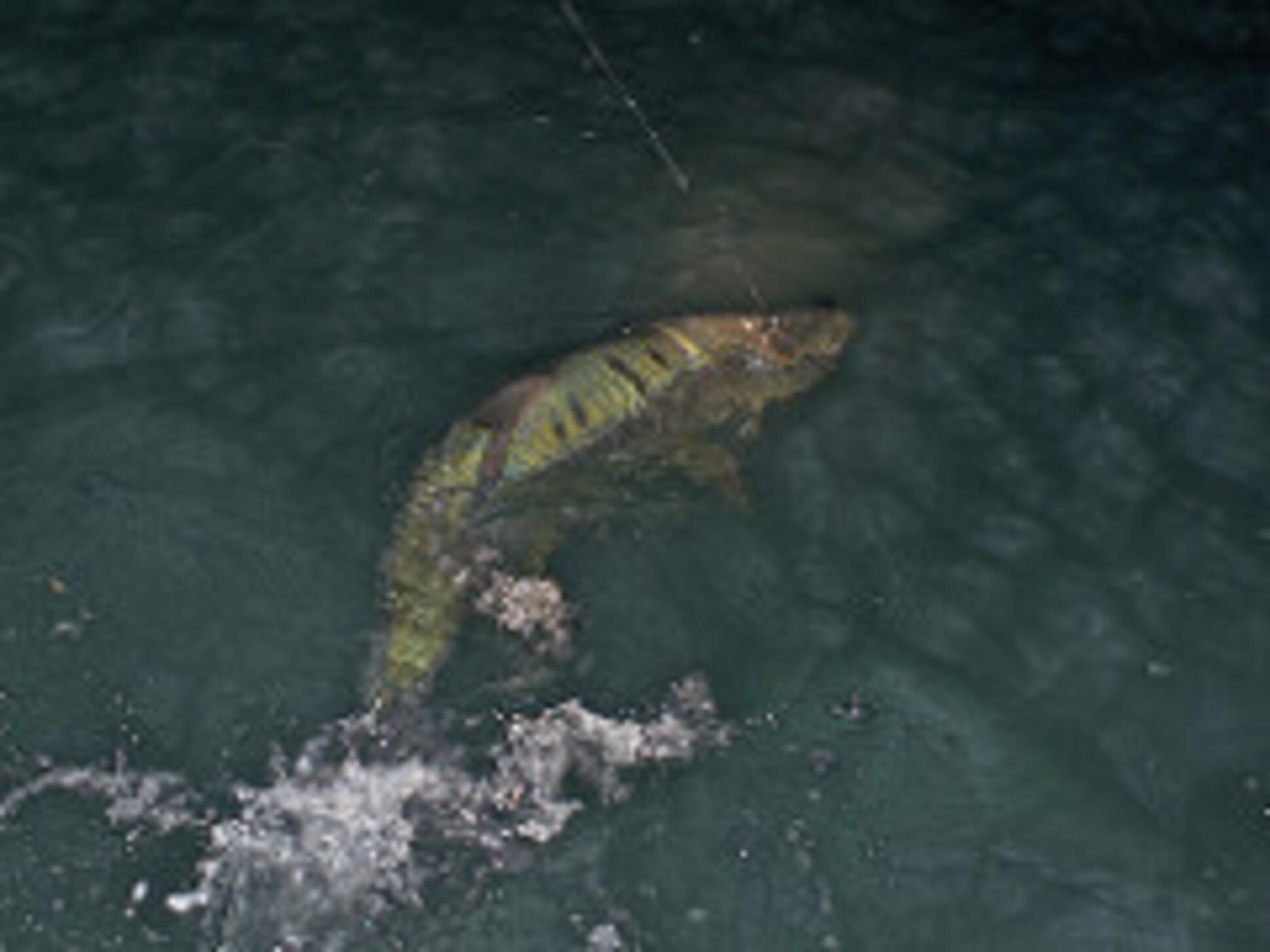 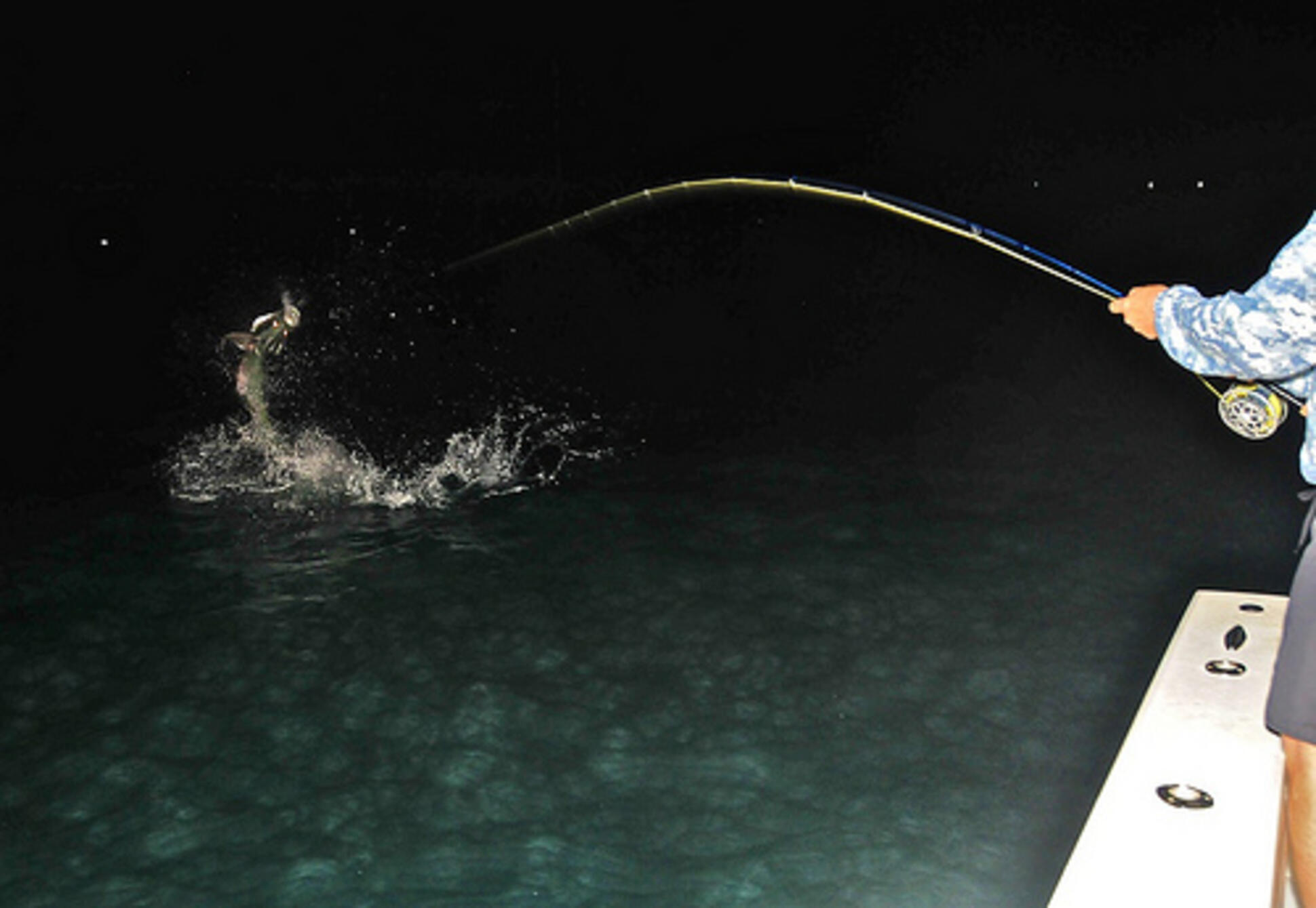 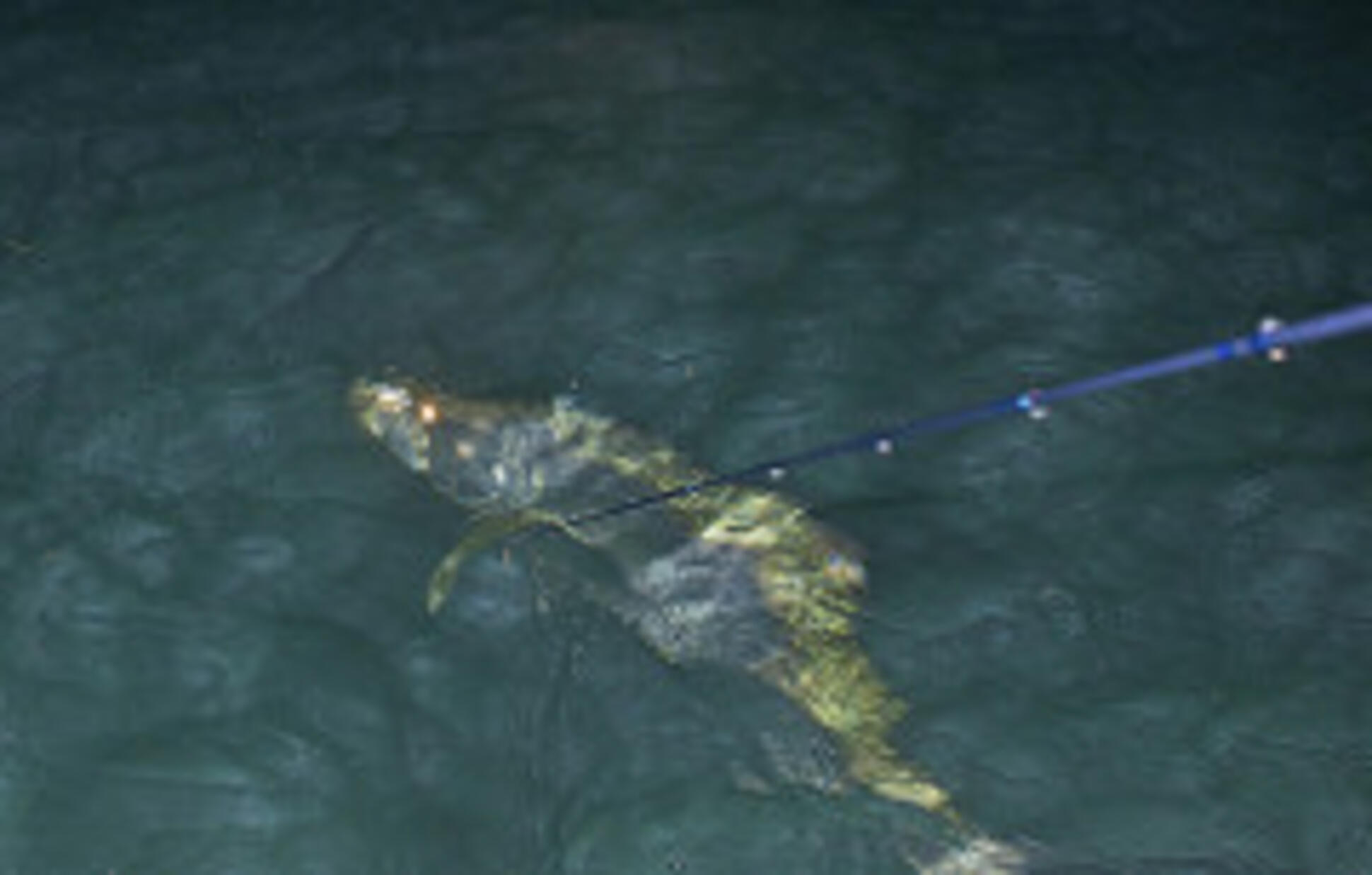