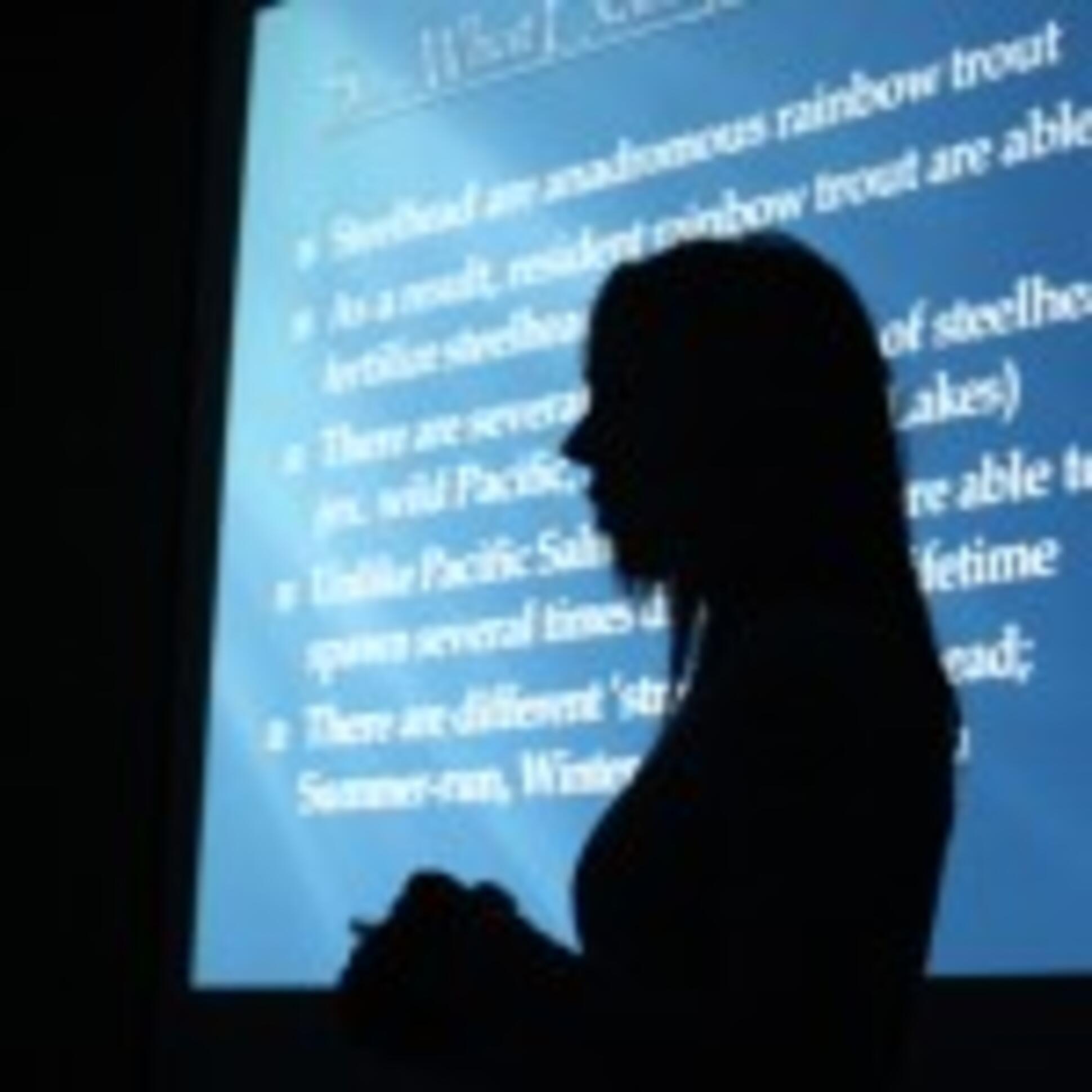 The dark shadows of silhouetted heads filled the auditorium. I couldn’t see their faces but I could hear their concentration and I knew that the attention of my audience was fixated on the surfeit of steelhead photos that projected brilliance upon an otherwise uninspiring screen behind me.

Over the past few years, states and provinces amidst the Great Lakes region had penciled their way into my calendar bringing me through the likes of Ontario, Ohio, Illinois, Pennsylvania, New York and Michigan.

Admittedly gracing the arrogance of a west-coast snob, the subject of Glo-Bugs rarely received more than a polite smile by me, the argument of swing versus nymph only enhancing my grin as I set off to the river with a handful of streamers to validate my point.

It was the Niagara River in Ontario some years back that took me to the brunt of the aforementioned debate. Hiking down to a location appropriately named the “whirlpool, dam-inflicted ebbs and flows interfered with the current, fluctuating and pulling both my sink tip and fly to the surface of the foamy water.

Hesitating to admit defeat, I pressed on. Timing the undertow’s consistency with frequent mends, I struggled to fish with confidence as steelhead around me flashed and jolted beneath the taunting ‘sploosh’ of little orange bobbers and strings of lead split-shot.

Teaming with guide friend Paul Castellano, we headed to the mainstem of the large river and anchored in the steady flow where we could ensure that our streamers would sink through the current and angle themselves in front of laying fish. With the introduction of proper river hydraulics and a slowed down swing, it wasn’t long before the line ripped from beneath my fingers and an aggressive Great Lakes steelhead launched from the water.

Through the years, various trips have brought me back to the Eastern states where both steelhead and steelheaders have more recently been coaxed by the appeal of the swung fly. Acknowledging the likelihood of fewer fish, but offset with remarkable grabs and battles the sacrifice was all the more rewarding for those who found themselves venturing towards the “west-coast” style of steelheading.

It shouldn’t come as a surprise that I soon found myself lined up with other anglers who had made it a mission (long before I had) to coax Great Lakes steelhead to a swung fly in the perceivably impossible cold water conditions present.

Names such as Jeff Liskay, Greg Senyo, Kevin Feenstra, Jerry Darkes, Peter Humphreys and Ray Schmidt were placed in my direct path and with some brief introductions and a comparison of notes, I was delighted in the confirmation of my findings. These guides and authors were part of a closely knit group of people who specialized in the same field as I; a field that was largely unknown by a significant majority of anglers in the region.

It started with a brief Powerpoint presentation about the basics of the traditional swing. What was a swing? How was it more effective than a single deaddrifted lane? What sort of flies? What sort of water? Slide after slide I poured over facts and watched pens take frantic notes between my sentences. The lineups of viewers at the end of the presentation acknowledged that there was indeed a growing interest for this classic technique in a new environment.

Perhaps the most common question was one about depths.Understanding that winter steelhead typically correlated with colder water temperatures, the assumption was that dredging heavy concentrations of tungsten tips was a necessary evil in order to have a chance at reducing the lockjaw tendencies of the lethargic steelhead.

I sought to explain alternate options and clarified that while such extreme depths were indeed required at times, there was other methodology that proved equally as efficient. The tactics of “side-drifting”, selective mending, feeding line and “walking the fly out” were all concepts worthy of mention. The Great Lakes anglers understood my reasoning; there is one thing about our Eastern counterparts…they know how to fish.

I paused at a photo of murky water conditions, gazing at the chocolate flow of a blown out stream. It was a sight not unknown to most of the audience. Fish, much like most animals, require oxygen to survive and seek to minimize their energy expenditure. When the river is a massive, torrential flood it is not uncommon for migrating fish to push closer to shore to avoid strong currents and suspended sediment.

Here in British Columbia, when the river is running high we often allow our flies to reach a true dangle (the terminology for when the fly reaches its final moment of swinging before sitting static in the current), only then following through with a few quick strips before preparing to cast again.

As a guide, it pains me to witness an angler cast into the abyss of muddy darkness, driving their lead-core into pointlessness, only to snag in the transitioning shallows where the fish are resting in the slower, clearing edges.

Equally as notable is the importance of starting in close with the cast. By first flicking out the leader, then half of the tip, incrementally extending outwards, coverage of a run is maximized, thus increasing an angler’s chances of hooking a fish.

As point by point I covered circumstantial situations, the “Oooos” and “Ahhhs” heightened at my slides of dry fly opportunities; their faces quickly morphing into skeptics at the mention of Great Lakes steelhead caught on top-water patterns.

It had been on one of my visits to a popular Pennsylvania creek that I sat atop a rock, crouched low to the thick school of steelhead that filtered between two steep rock ledges. Determinedly casting a dead-drifted dry fly, I held my breath as an independent steelhead tilted her snout upward and floated to the deer hair concoction. Sneering at it, she toyed with my hope and rejected me with the flick of a tail.

Refused and denied I sat like a high-school boy, upset that she required flashier gifts, yet pathetically satisfied that she at least paid attention to me. As I told the story, mouths puckered and eyes looked up in a half roll. Smiling, I played a clip of a BC steelhead viciously annihilating a pink bass bug as it waked and pushed the water into a rooster tail.

With eyes back on me I honestly asked if anyone had ever seen a fish act in a similar manner towards their floating indicator. Inspiration lit up eyes around the room as anglers revisited thoughts of an unexpected attack upon their fluorescent floats. I remember when anglers sneered at the mere thought of a swung streamer…who is to say that this is not the next adoption from the West?

Standing on the bow of a Muskegon bathed boat, an airborne doe humbles any remnants of my snootiness and the brilliant rub of a whirling spool warms my palm as she peels line away from my reel. I have yet to dead-drift an egg pattern through a Great Lakes stream, nor have I honestly had much desire to do so.

While that statement may indeed solidify that the snob in me is here to stay, perhaps I can counter with an honest admission to my Great Lakes fishers that my respect has grown to that of the highest regard…not only for your fisheries and fish, but for each and every one of you who are stepping into this wonderful field of the unknown.