The R&D team spent a week in Mexico testing saltwater fly lines in search of the best taper and color combinations.

All in the name of product testing, the team spends a week in Mexico working over saltwater tapers and line colors.

It was tackle testing time (somebody has to do it!) and Travis, John,Biggest Bone Marlin and Simon jumped on a plane at Salt Lake on the 6th April to fly down to Cancun in Mexico – destination; Boca Paila, Objective; test saltwater line colors, coatings, tapers and core formulations. Oh yeah! and catch a few fish, have some fun and get out of the brutal winter in Idaho!

We met up with Paul Schmierer and Kurt Van Wyck, two of Sage’s R&D team, at Cancun – Paul and Kurt had their own agenda and some new prototype reels and rods to test – and then hopped in a mini bus for the two and a half hour ride to the lodge.

For those who have not fished at Boca Paila lodge, it is well worth the effort in getting there. The lodge has some great water surrounding it and some excellent guides that have been there twenty years or more. The food is wonderful and the hosts and staff exceptionally friendly. The lodge is a hundred feet from the surf and there is no better lullaby Riggingthan the sound of surf breaking quietly on soft, sandy shores!

The lodge is about two and a half miles from the “Boca” (river mouth) and each evening some of the more enthusiastic fishers would hike down and fish the surf in front of the boca. There was a smorgasbord of species in the surf; permit, tarpon, jacks, snook, giant barracuda and shark (singular!) and the constant head wind gave perfect conditions for testing the ability of fly lines to throw giant poppers and clousers far out in the surf!

The day fishing was a lot easier; no wind, no surf, shallow flats, standing high on a boat prow, no waves breaking over your head! The main species was bonefish and permit. The tides were too low for tarpon to get into the shallower back country, but the chance to test lines out on bonefish and permit (plus the occasional cuda and snook) should never be turned down!

The permit fishing was a little slower than usual because of the lower Fishing the Beaches tides and the morning clouds making it hard to spot. However, all team members got 15 shots or so over the 3 days of fishing and Travis scored top with two perms – the biggest of which was about 8lbs. Simon also managed to land one, but that was the total for the trip

There were plenty of bonefish and everybody got into good numbers of these wonderful rockets. Again, Travis had the magic touch and caught the largest bone of the trip, a nice fish just a little bigger than 4lbs!

Paul Schmierer was top snook fisher with a great fish of around 8lbs that nailed his clouser!

Overall the trip was a great success, though tremendously hard work – rigging each evening, changing lines constantly in the boats, walking miles each day to the boca…. all in the name of R&D!!! 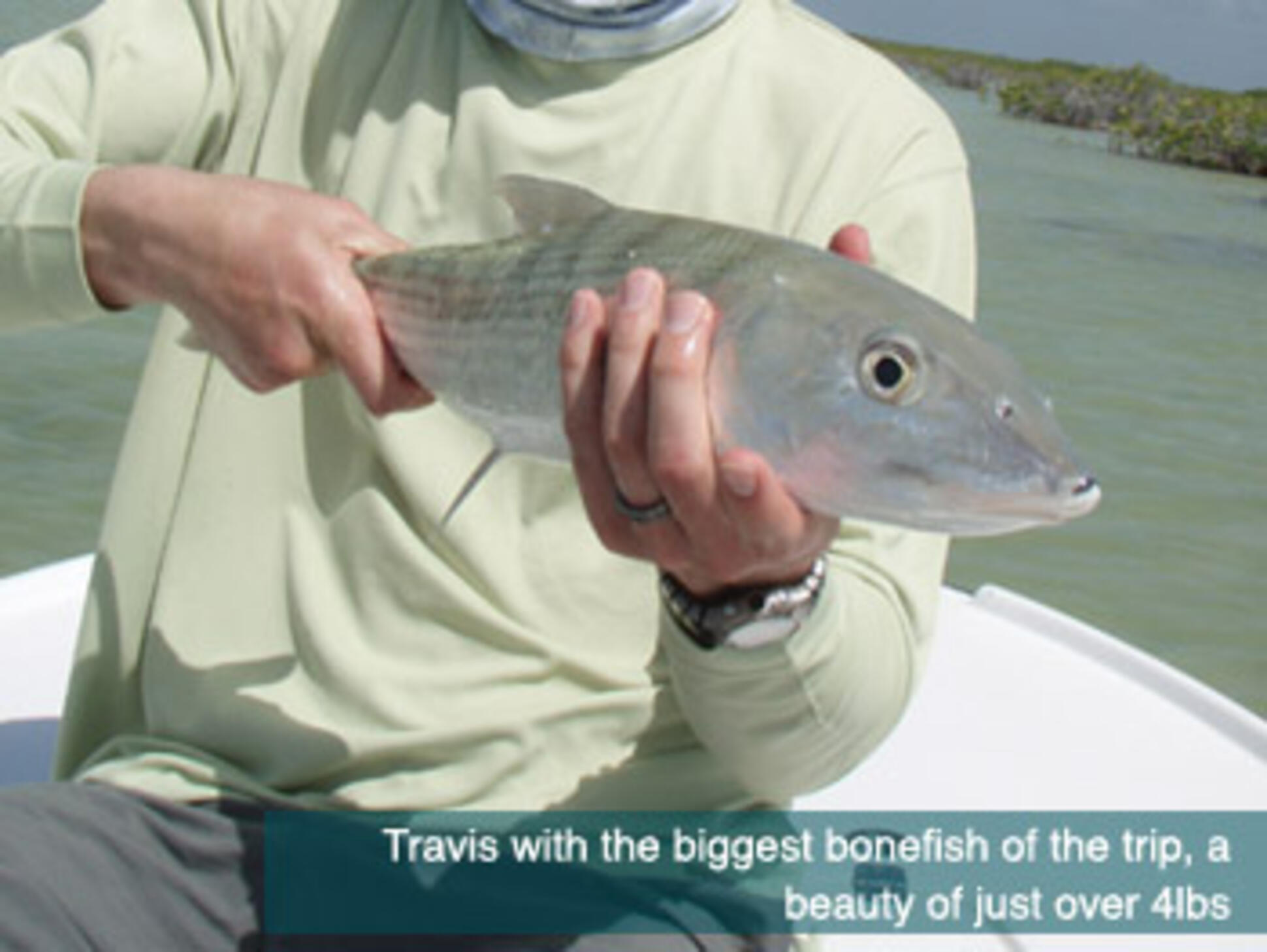 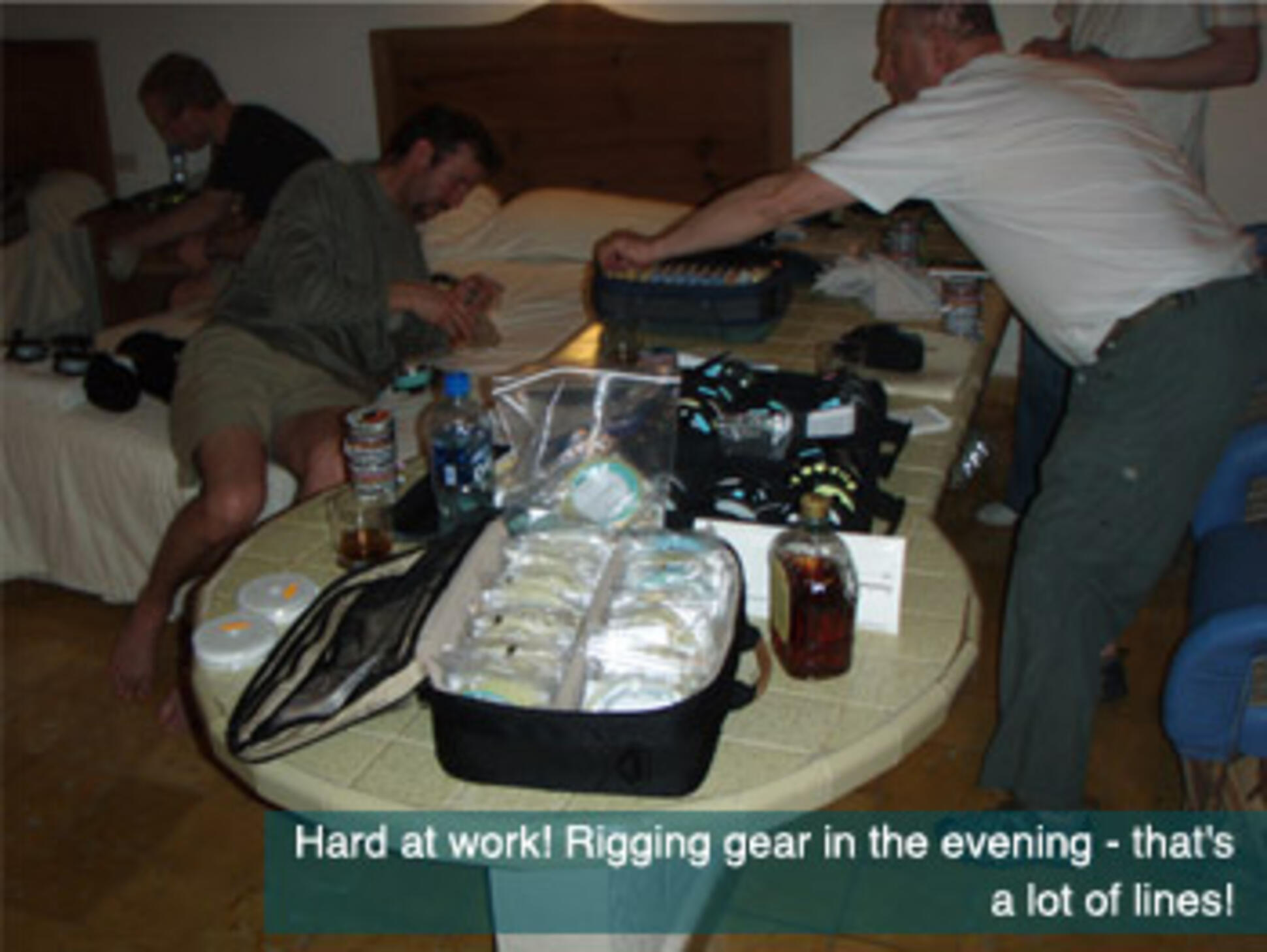 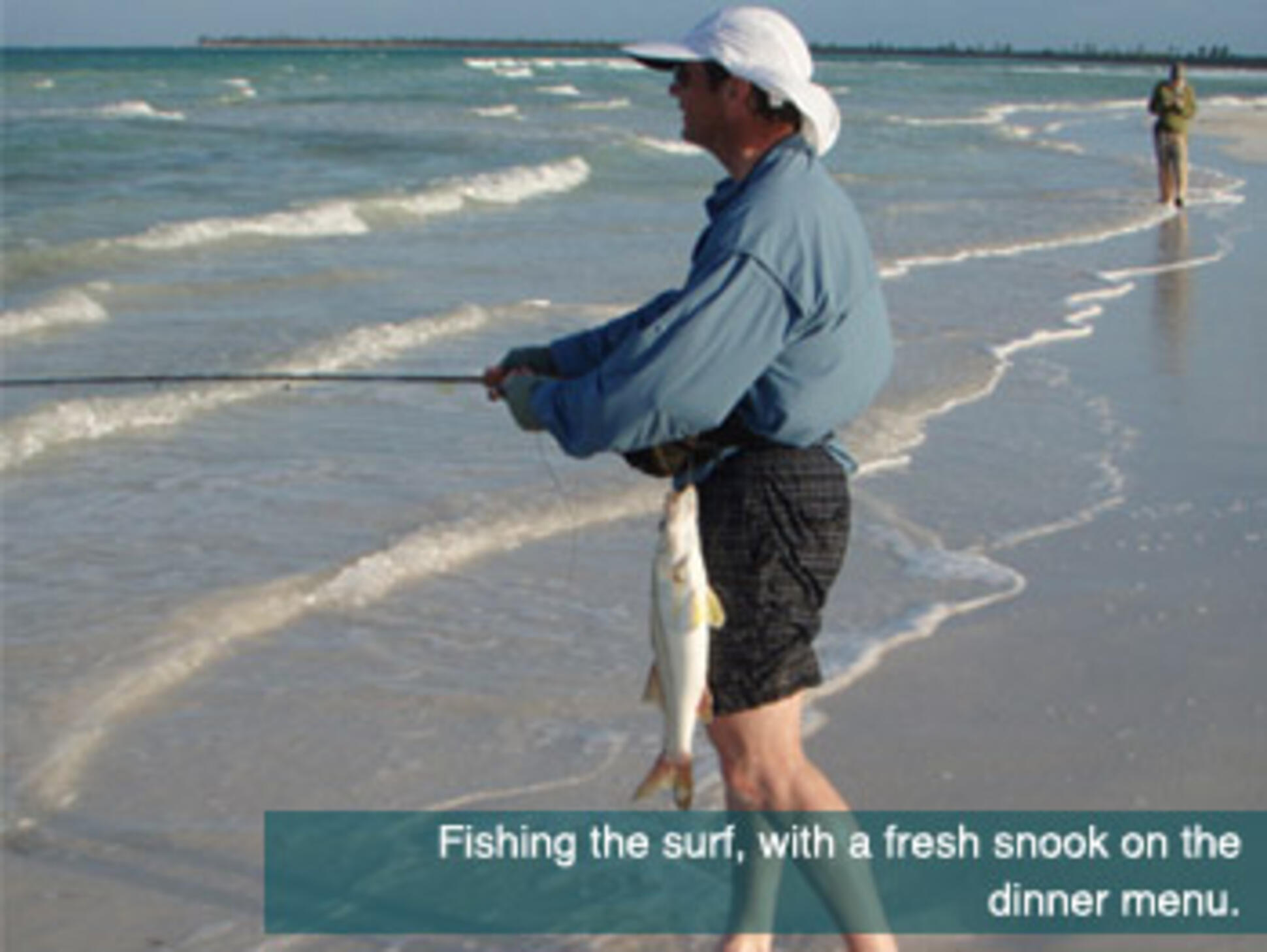