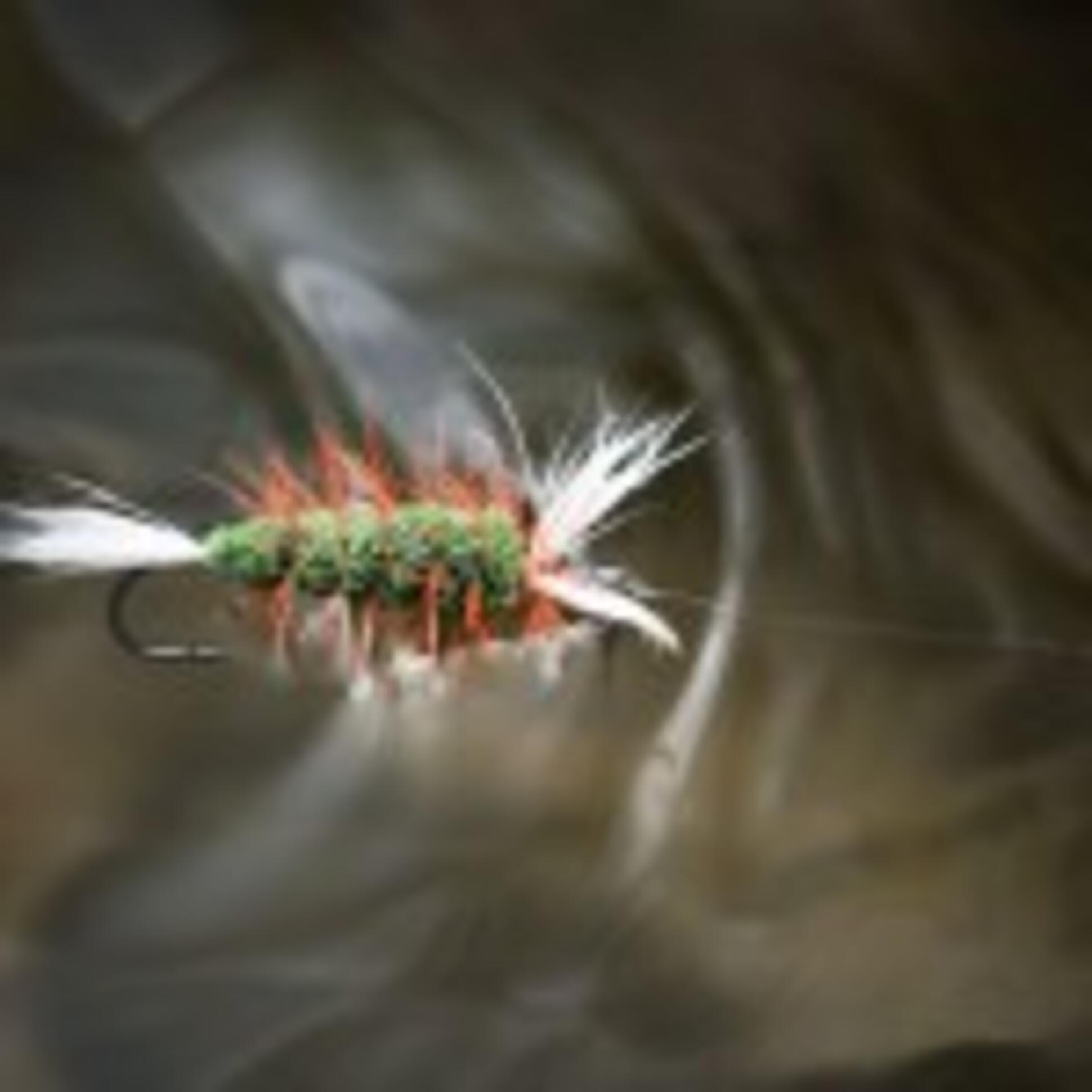 It’s 8:30 a.m. and Greg Pearson and I are feeling rather refreshed. I’m staring into the black abyss of an extra-large Tim Horton’s coffee, wondering if there are any cells in my body that have yet to receive an infusion of caffeine. I tried a Red Bull yesterday for the first time, and it gave me wings. I figure it added at least an extra 15 or 20 feet to my single spey.

There will be no dawn patrol this morning or Red Bull for breakfast. We’re on island time, you see. I’m having a carrot muffin as a follow-up to an exquisite 12-grain bagel. There’s another extra-large coffee in the works. From my seat next to the window, I check our vehicle in the parking lot to make sure the double-handed rods are still affixed to the rod rack. I can see my Templedog fly waving vaguely in the breeze.

So far our moderately ambitious plan has worked out. Greg is an ace fish-spotter, and we take turns watching the reaction of salmon to our flies. Greg rose a fish yesterday on a hitched Sunray Shadow. I watched the whole thing off to the side. The nose of the 12-pound fish came within an inch of the softly waking fly. She came to the fly two more times before settling into her lie without further activity.

Another cast with the Sunray brought a new player to the table. A larger specimen of 14 or 15 pounds, probably a cock fish, the tail of the salmon threw a small jet of water into the air as he returned to his lie. The Sunray is even better than a good set of eyes when it comes to finding fish.

The next few casts with the Sunray failed to interest the salmon, so Greg tied on a Bomber. He waked the dry fly through the same patch of real estate with no response. As the palate of Canadian Atlantic salmon leans towards dead-drift dry flies, I suggested he try that tactic. First cast, the salmon took it.

The salmon immediately left the pool, heading perilously for a blow down of fir trees located mid-rapid. Greg tightened the drag on his reel, slowing and finally stopping the forward progress of the fish. Methodically, he reeled the salmon back up through the rapid and into the pool. A couple of minutes later, he hand-tailed a 14-pound cock fish festooned with long-tailed sea lice.

Earlier in the day, I was in the hot seat while Greg relayed the reaction of the salmon from his perch above the pool. The target was a hen, probably a three-sea-winter fish, occupying the lead position in a chevron of five salmon. With branches overhead and immediately behind, fly delivery was an interesting proposition.

I carefully formed a D-loop with the RIO Steelhead Scandi shooting head in the minimal space provided. In such tight quarters, no two casts were the same. It’s called survival casting—rarely pretty, but the fish don’t seem to care. If I’m worriedabout tight loops, I’m not fishing very well.

The Picasse, a Marc LeBlanc pattern and my favorite fly, arced its way towards the salmon as Greg provided feedback. “Two feet too short,” he said. I pulled 24 inches of line from my reel and made another cast. Nothing. As I stripped in for the next cast, Greg told me to hold up. “She followed it,” he said. “Thought she was going to take it. Give her a moment to settle back in her lie.”

I waited 30 seconds and cast again. Similar result. “Did she move?” I asked. “Yup,” came the reply. “Twitched on it pretty good, but not as good as the first time. Give her a moment.” Again I waited and made two more casts with no further movement from the salmon. Time for a fly change.

I switched to a three-inch-long Green and Black Templedog, a fly that looks particularly enticing in the pellucid waters of the Gaspé. It wiggles and squirts when stripped or bumped, and resembles (for my purposes) something a salmon might eat in salt water. I cast again. When the fly reached the fish, I gave the fly three short strips.

“She’s got it,” Greg stated coolly from his perch. I felt nothing. I waited a full second and then two more. Finally the line came tight, and I was fast to the largest salmon I’ve hooked in several years.

After a considerable tug of war and no fireworks, Greg expertly tailed the fish. My general rule these days for landing salmon is 30 seconds to the pound. A 10-pound salmon should take five minute to land, and so forth. With modern rods and disc-drag reels sporting Formula One-style carbon-fiber braking systems, all but the hottest of fish in strong flows can be landed in short order.

I kept the salmon in the water while Greg snapped a couple quick photos. I seldom remove a fish from the water these days as their weight, unsupported by water, can compress the swim bladder. The resulting burp emitted by the fish increases their stress level, complicating a safe and effective release.

I admired the network of black crosses on her back and tried to imagine what she had seen at the Davis Strait near Baffin Island and along the west coast of Greenland. The odds of our encounter were certainly slight. I carefully released her, and she quickly reached the deepest part of the pool with several casual flicks of her tail. Within a few minutes, she returned to her original lie. We watched her for a few moments and then slowly gathered our gear before heading to the next pool. 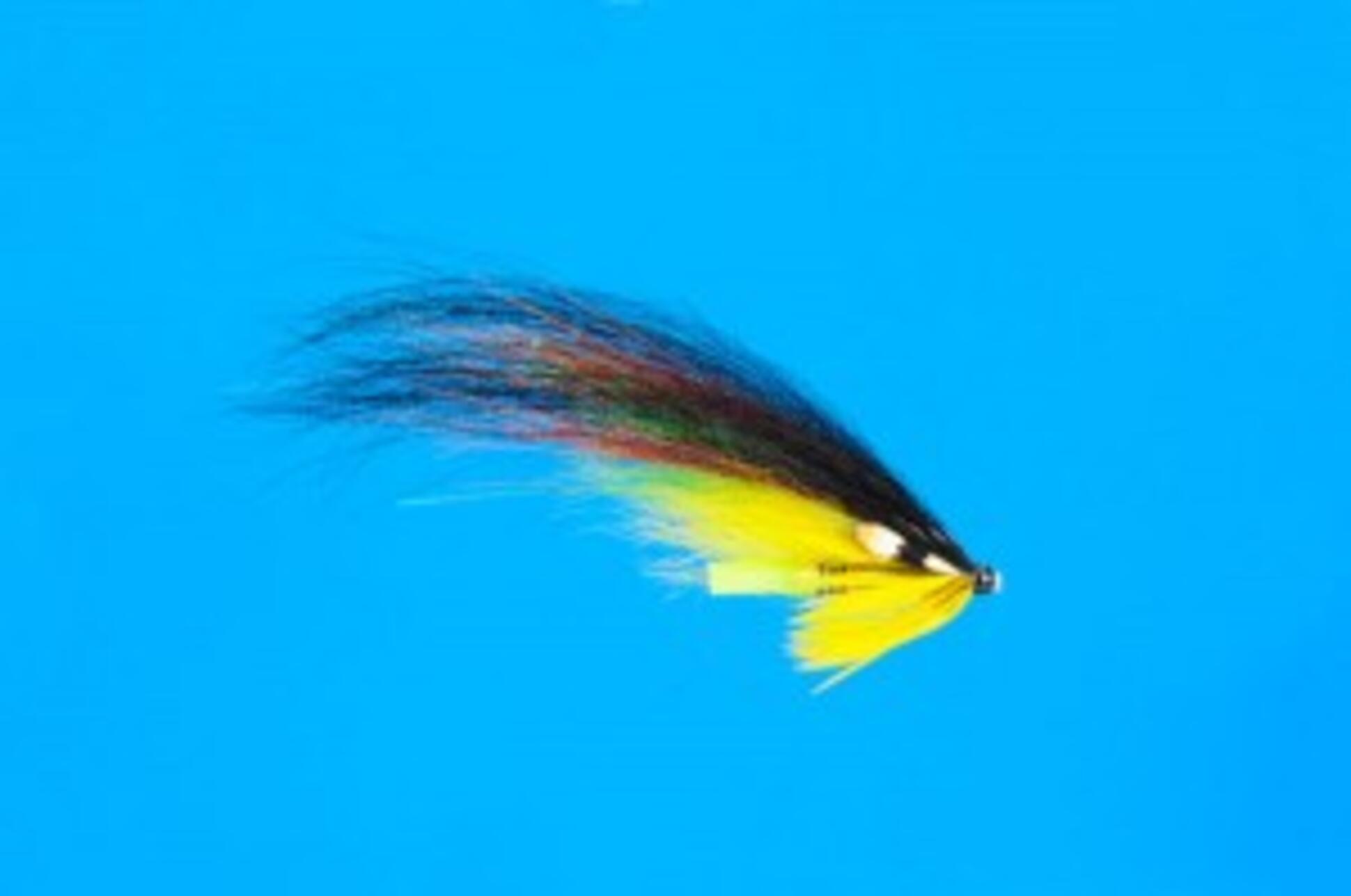 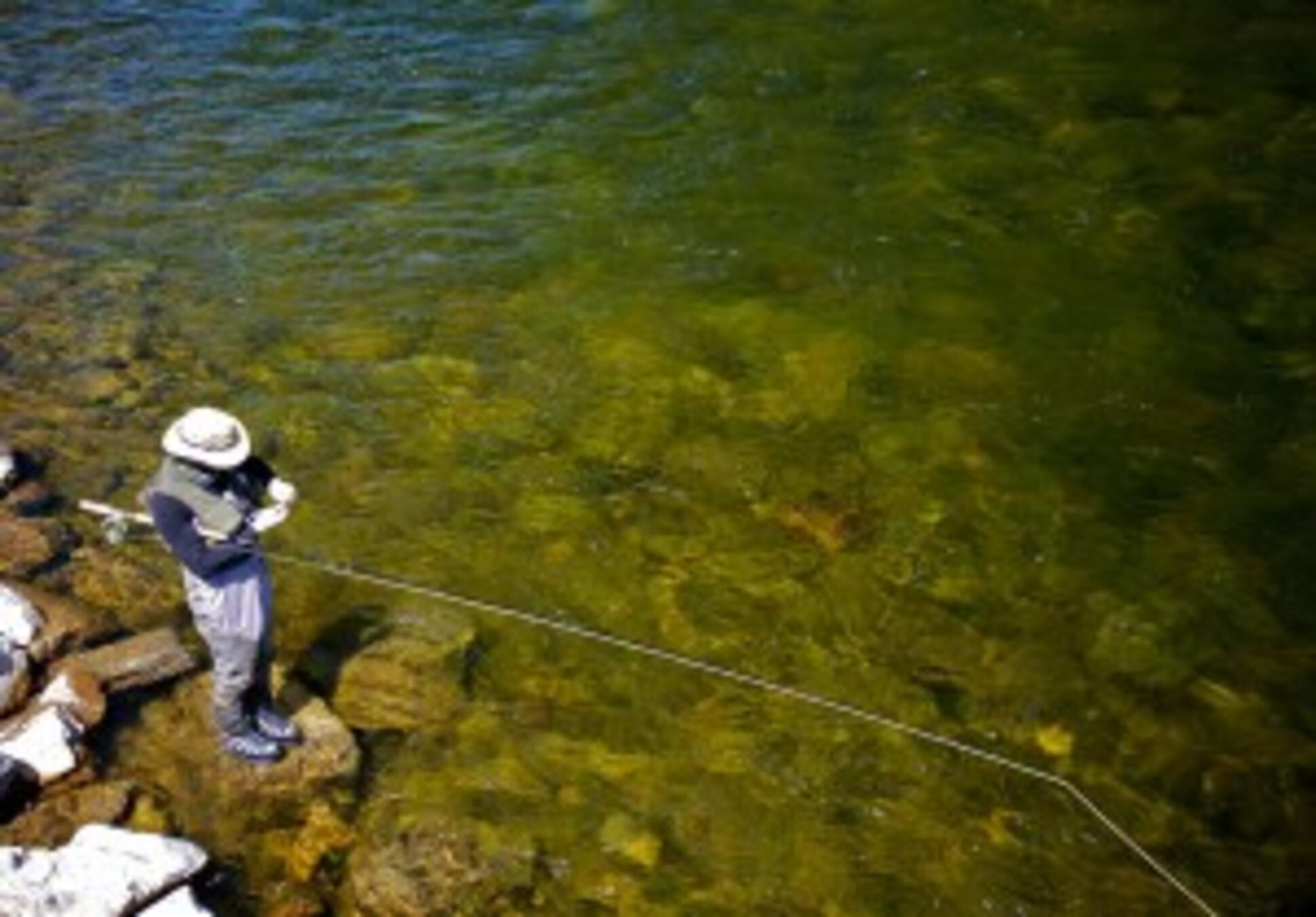 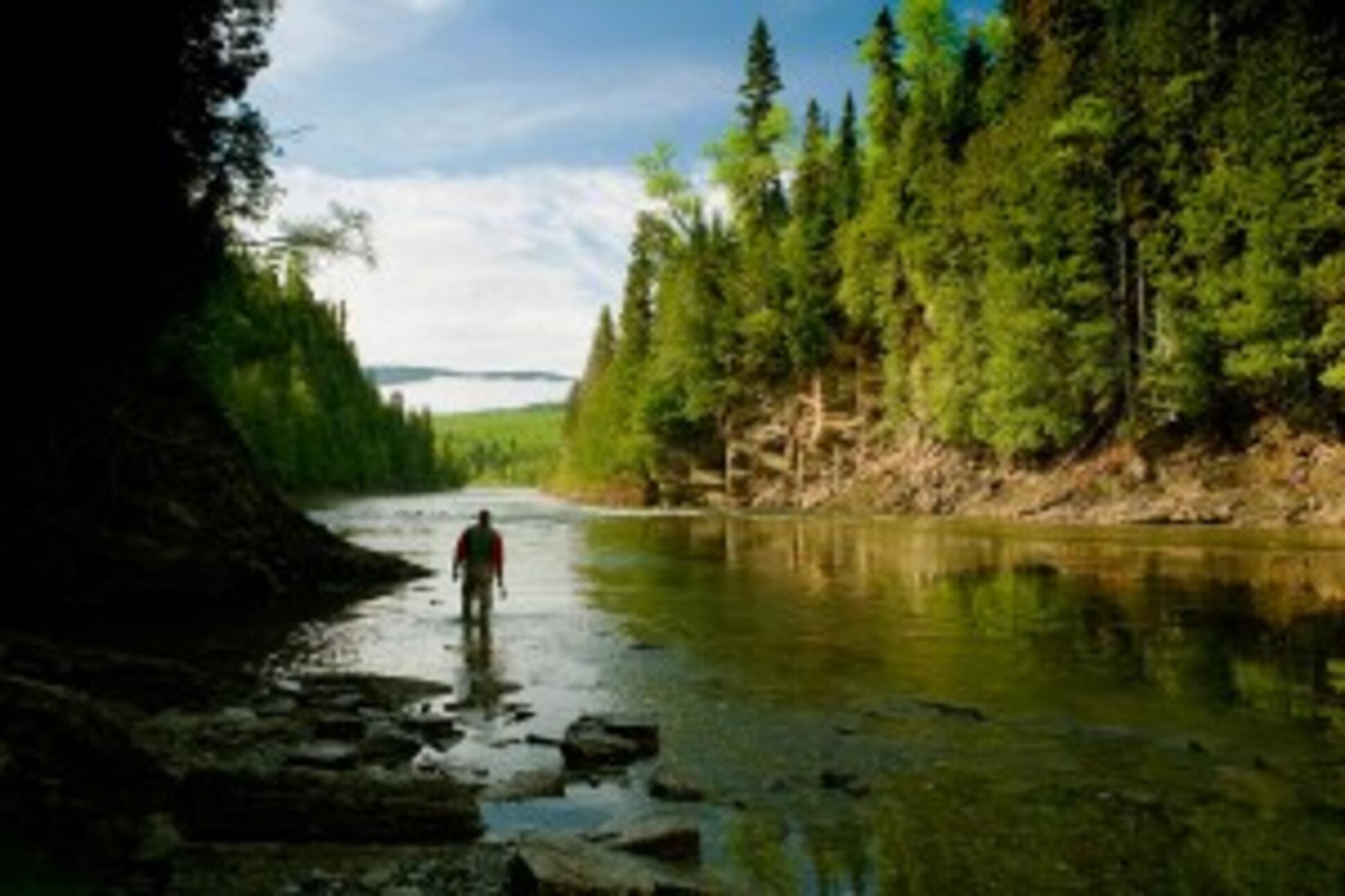 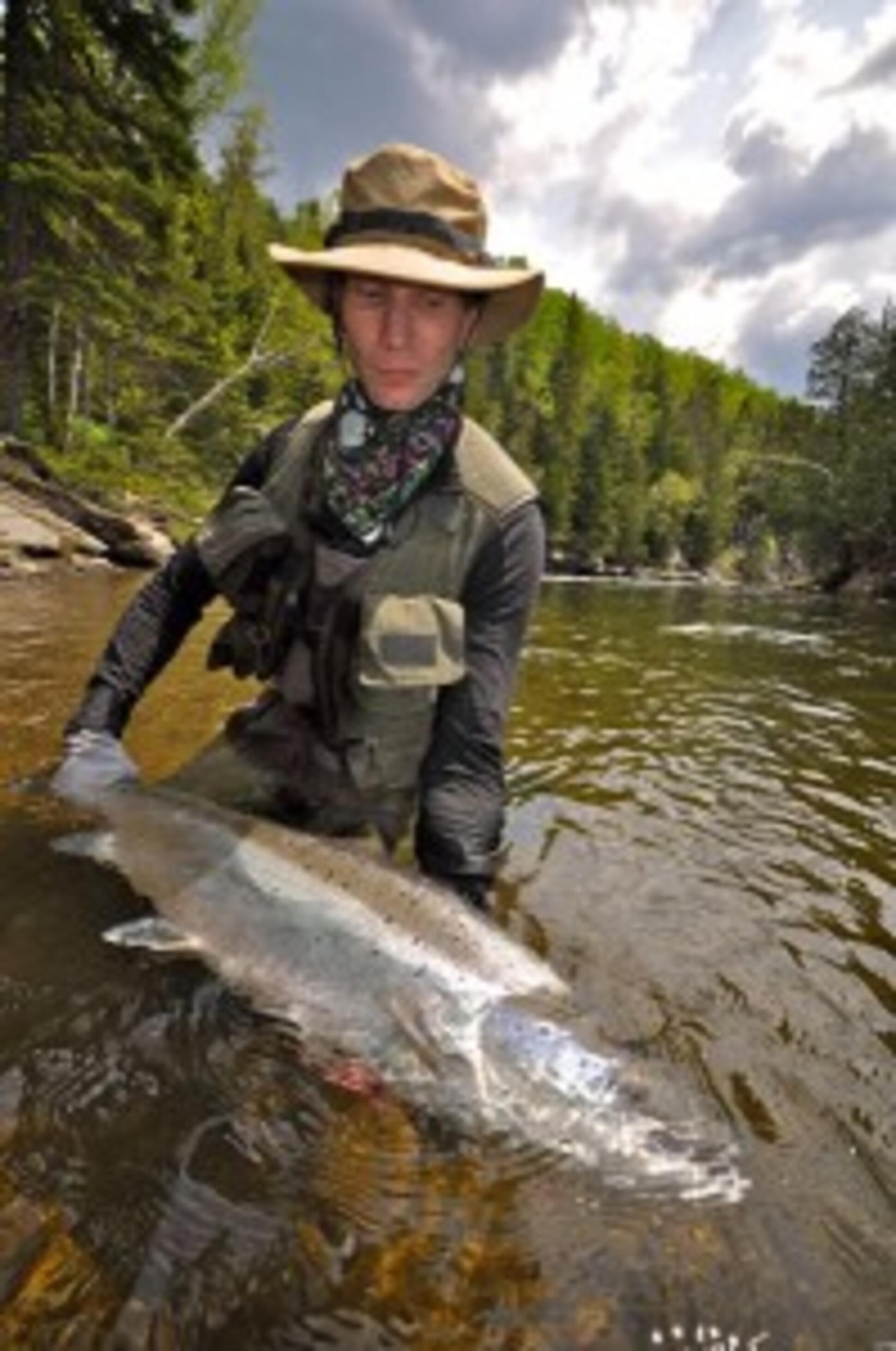