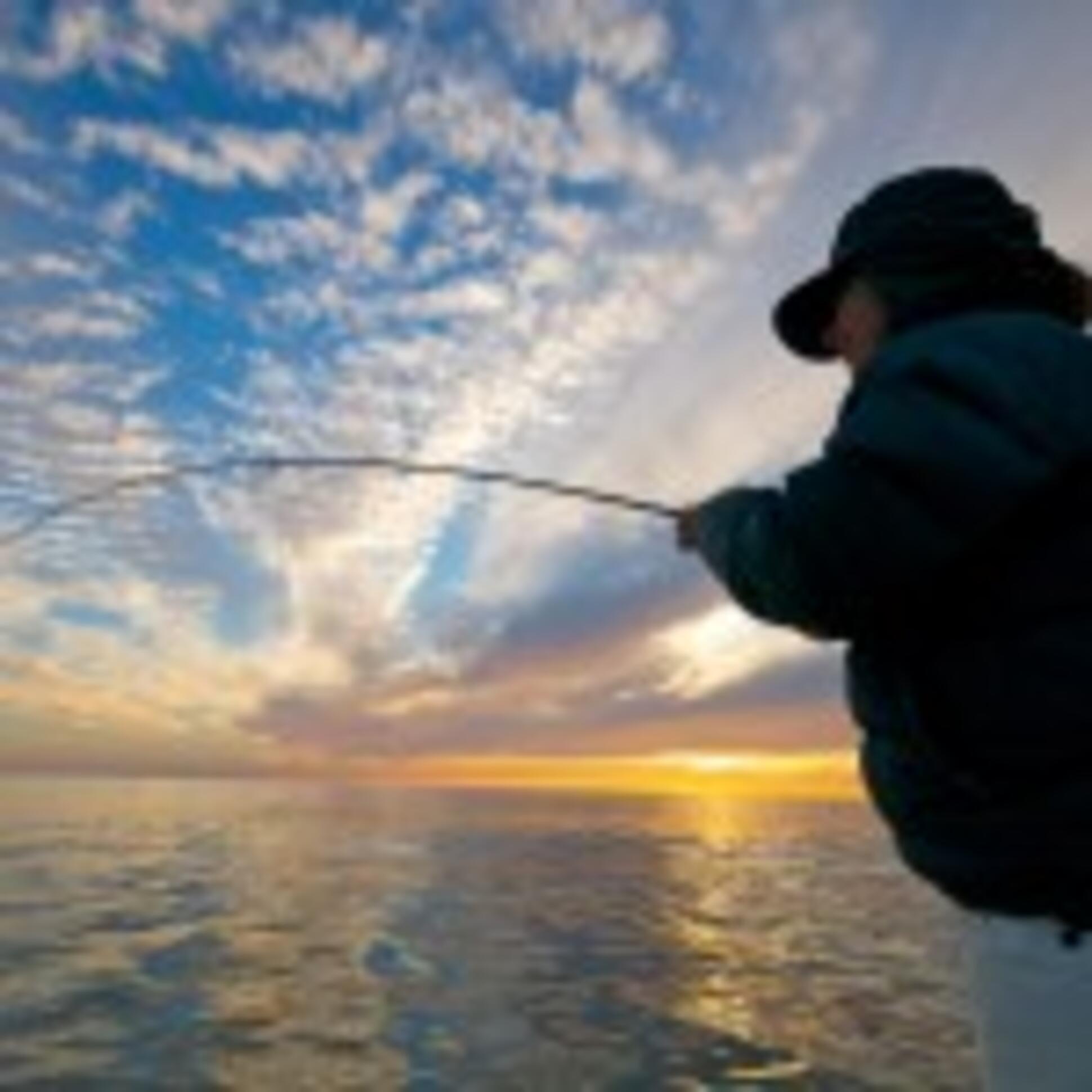 By season’s end the stress had left me feeling like I had played a complete NFL season without a helmet. It was the end of November around Cape Lookout, N.C., and the false albacore season was over. We had struggled through a tough seven-week albacore season, and lots of extreme weather had left both the anglers and the fish off their game.

With bad weather and picky fish, the stress factor ratcheted up to maximum. The problem of finding fish was compounded with customers’/captains’ comfort and safety. The foul weather even affected the Spanish mackerel, big reds that are associated with fall at Cape Lookout.

People relieve stress in many ways — vacations, exercise, hunting, just to name a few of the healthier options. For me, it is stringing up my 5 wt., calling friends and heading to the rocks for a little speckled trout fishing.

Luckily, this was one fish I could still catch at Cape Lookout. From late November and into December, speckled trout fishing reaches it peak in this area. As the water drops into the 50s, the speckled trout, grey trout and small reds move out of the marshes into the ocean. They can be found along the beaches in sloughs, but the hot spot is the Cape Lookout Rock Jetty. This is in no way a “secret spot,” but even fishing with 40 of your closest “friends” is a blast.

The trout and other predators cruise the rocks looking for their next meal. Structure like this will attract baitfish as it gives them places to hide and get out of the current. The water at the tip of the jetty can be close to 20 feet deep, depending on the tide. Where the jetty meets the beach can be 4 feet deep. 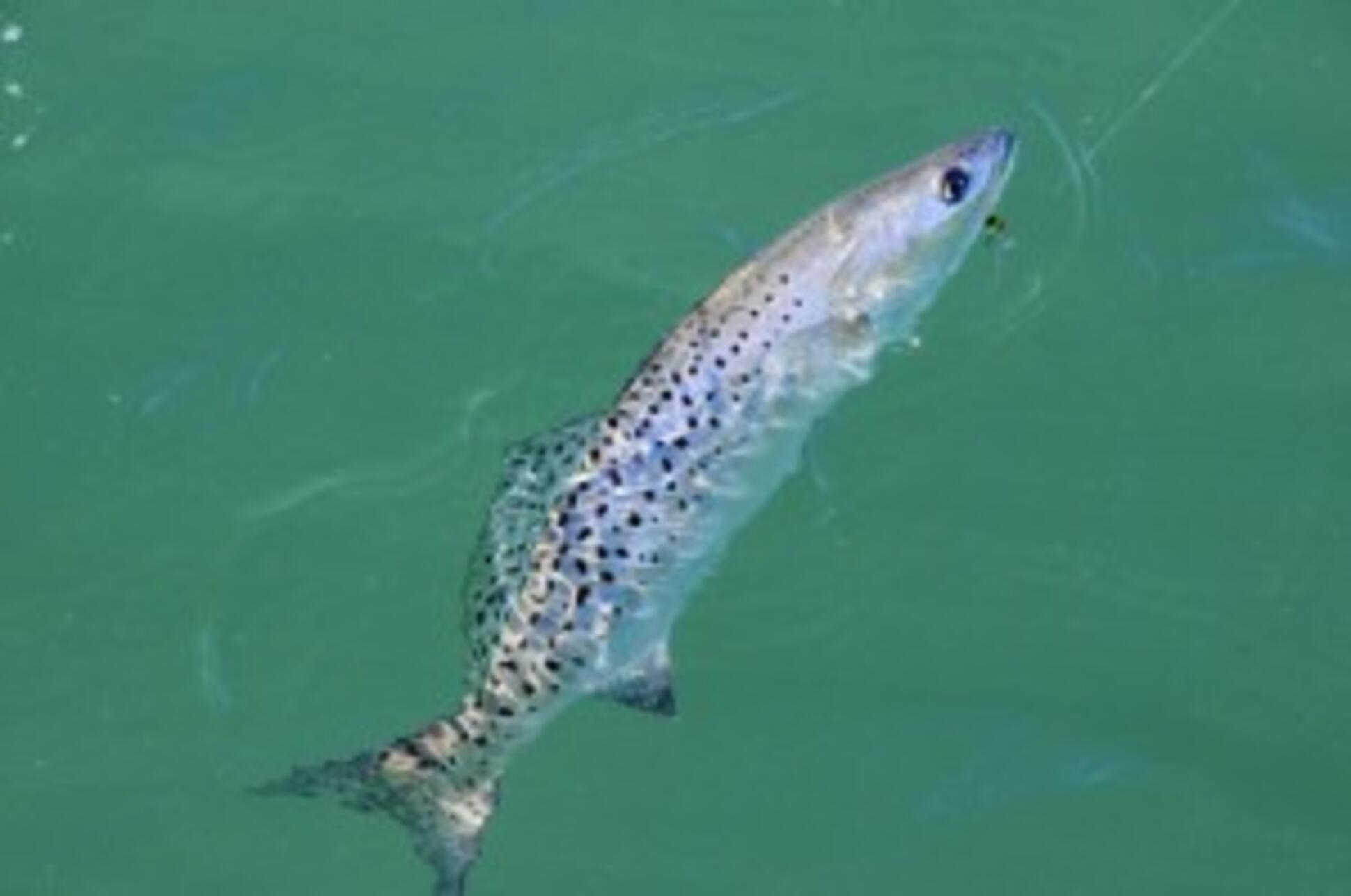 Many days it is not fishing but catching — almost every cast you have a bite. You stay in the game changing up retrieve speeds and angle of swing of the fly by the rocks while hoping for the big bite. When a big speckled trout bites you feel a sharp “tick” and everything comes tight. They are not monster fighters but the sight of the 24-inch spotted pearl essence ghost rolling to top is a day maker. On many days the fly folks outfish the gear guys and often leaving them scratching their heads.

Remember, please debarb all hooks and handle these fish as little as possible before you release them.

Even though most of these fish are under a pound, they still have the ability to turn grey haired men into young boys. And that is the magical de-stressing power of the speckled trout. 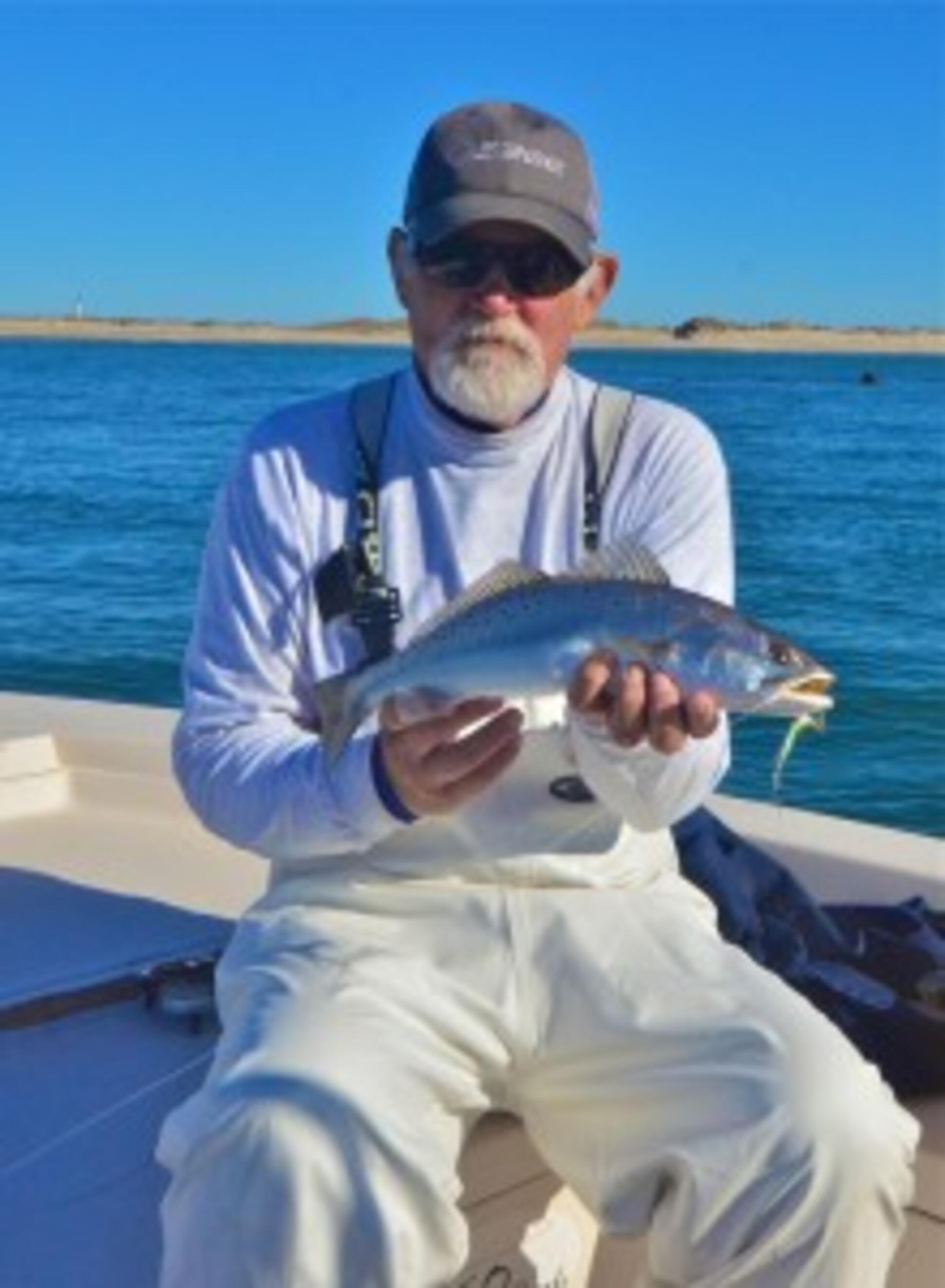