I fished so many rivers, lakes, cold and warm saltwater areas that it is hard to pick my favorite. However, because I prefer to fish rivers the most, I choose to share with you the rivers where I built up my fly fishing experiences and career as a fly fisherman and fly tier. These are: The headwaters of the Glomma River system, and all tributaries and connecting lakes (Norway). The headwaters of the Trysilelva River, and all tributaries and connecting lakes (Norway). In both areas I spent about 30 years of fly fishing from which at least 8-10 times a year in the 1980’s and 1990’s. In my home country Netherlands I like to spend quite some time fishing the big Rivers like Nederrijn, IJssel and Waal in spring and late summertime. In Newfoundland and Labrador I fished many rivers for Atlantic salmon with dry flies, but the Salmon River, River Crabbes, Beaver Brook and River Robinsons I really can call my home waters over there. I also frequently fished for about 20 years the rivers and estuaries at the Fosen peninsula in Norway and finally I did a lot of fishing in the Wolf River in central Yukon Territory.

In the seventies and early eighties when there was still a closed season in the Netherlands, I was testing my flies while I tried to improve my fly fishing skills in the same time. To be honest I did a lot of fly testing on species like rudd and orfe because they went completely mad for dry flies, especially in the month of May. Sadly the season first opened at the first of June but I couldn’t wait. Because it was still closed season in prime time I cut off the hook from my flies so I wasn’t really fishing. I raised fish after fish and they grabbed it constantly, but none stayed on of course. One day while I was testing a new fly in one of the wonderful polder waters around Amsterdam, a police officer stopped his car and ran like a racing horse towards me. I think he was worried I would run away when I saw him coming. He was a passionate angler but had no clue about fly fishing, which was hardly done in the Netherlands in those days anyway. As an angler he was extremely fanatic in checking fishing spots for prohibited fishing and was sure he would catch me for illegal fishing. I didn’t run away because I was fully convinced I was NOT fishing and I had cut the hook. Just before he was able to catch me he stumbled and landed with his entire body in the water. It was so slippery that I am sure he would be in there today if I had not pulled him out. His fall in the water and the fact I pulled him out changed the whole situation. I explained to him what I was doing, showed him the flies without hooks, and I gave him a good demonstration of how aggressive the fish were taking them. He was very interested to know more about fly fishing and asked me if I he could visit me privately to learn more about it. In the following months I taught him fly casting, how to tie a fly and we became really good friends and still remain friends until today.

I was born in 1956 and remember my first experience with fly-fishing around the age of 15 while in Norway. I immediately fell in love with the unbridled beauty of the Northern Regions. I continued to regularly travel to Scandinavia to spend the summer holidays well into the late nineteen-nineties. Scandinavia offered a vast array of river systems and lakes that allowed me to hone my fly-fishing skills. My first venture into fly-tying occurred in 1976. Within four or five years I was creating my own designs. My preference for parachutes, led me to develop several unusual patterns and tying techniques.

Not so long ago, someone unfamiliar with the sport of Fly Fishing, ask me to try to explain “Fly Fishing” in just one sentence. Thirty years ago I’d have needed three hours or more to explain it, but after nearly five decades of asking myself the same question, I did not find the answer that challenging. In fact, I found the answer to be quite simple. So simple that I only needed five words: Fly‐fishing is merging with nature! For me fly fishing is so much more then wetting a fly, or casting a line, or landing a fish. The real experience is fishing whilst being in perfect harmony with the wild. Fly fishing actually brought me NOT only back to nature, but also taught me how to respect and handle nature and wildlife more then ever.

I love to fish for any species that eat insects or little fish. I also respect all fish species. I don’t like to fish for very small fish being too afraid to damage them too much. I caught even a few eels on a fly but when it comes to being specializing in certain species, I proudly can say that I have quite some experiences in seducing and catching: Atlantic salmon, sea trout, char species, inconnu, grayling, brown trout, lake trout, whitefish species, and several species of coarse fish such as rudd, orfe, pike, perch, carp, and many more.

This depends on which species I am after or if I fish fresh or saltwater. RIO offers a great assortment of fly lines and one of the largest benefits about RIO lines is that you don’t need a special tropical line to fish in freshwater in warm countries. When I still used other brands I always had to use special tropical lines to be sure to enjoy my casting in rivers and ponds in tropical areas. For my dry fly fishing for Atlantic salmon in Canada and Europe my favorite line by far is the INTOUCH SALMO/STEELHEAD line. For trout and grayling I prefer RIO GOLD and INTOUCH TROUT LF WF. Right now I am trying the OUT BOUND SHORT SALTWATER and GT for sailfish.

After testing a lot of brands over the last 4 years I am quite sure that RIO lines are the best lines on the market today. The fact you can use the same lines in tropical regions as well also was very important in my conclusion.

It is a knot that I learned from an 83-year-old Norwegian fisherman in the early 1980’s to tie on my salmon wets. The knot turned out to be the strongest and best I ever used and it became my absolute number one knot for all my streamers and hairwings. Beside that it is a great alternative knot for the Newfoundland and Riffling hitch as well.

How experienced you might be or think you might be always staying yourself. Try to help other fishermen and kids when you can and you get paid back in 10fold, at least that are how I experienced it myself. I also learned a lot from other people because of these thoughts and made many of good friends this way. Last year I cut off my fly for a fisherman who didn’t catch anything. I build him a new leader and tippet because his system was full with knots and just a mess. Thirty minutes later he got a salmon and landed it safely. Two hours later I hooked and landed one of my biggest Atlantic salmon ever. I believe strongly that without my help given to this man, it never would have happened.

Fly fishing, and also fly tying, de-stressed me enormously from my busy army job and responsibilities in the past. It was the best medication for me to bring my mind back to peace again and it indeed worked far better than any pills, powders or drugs. The thrill of seeing a fish come up for your own-made dry fly is a feeling that pushes and forces you to f even more. Maybe fly fishing is an addiction or obsession for many but I don’t think it is for me, because I grab my camera or pencil as easy as my fly rod. 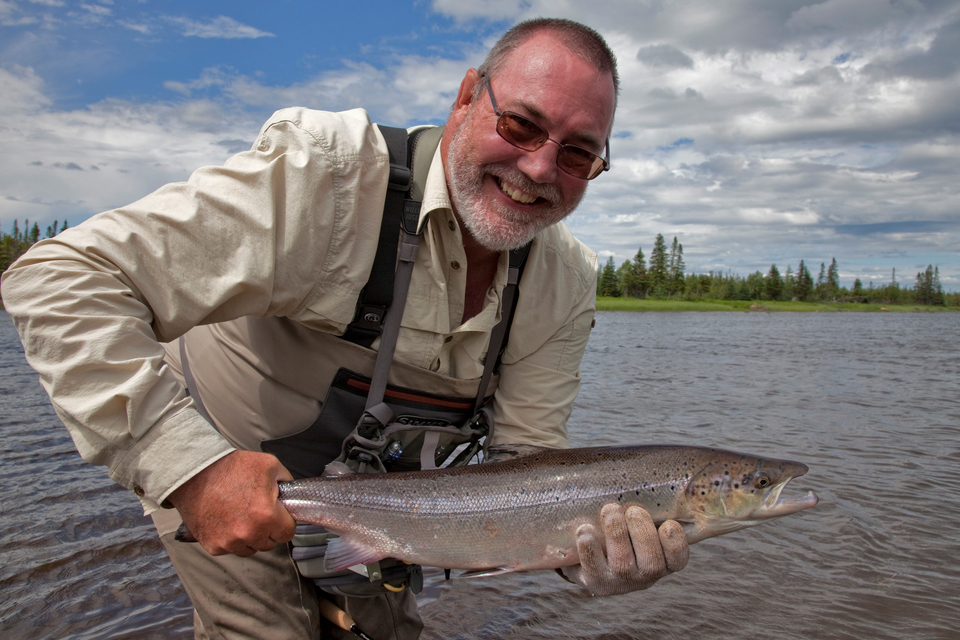 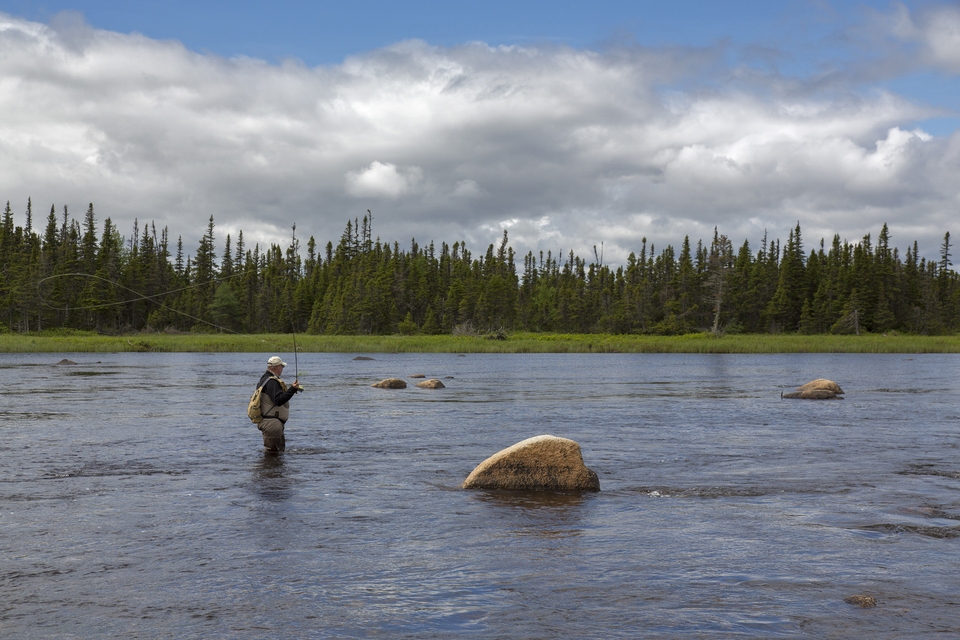